The $9-Million Moon Book that Failed to Launch 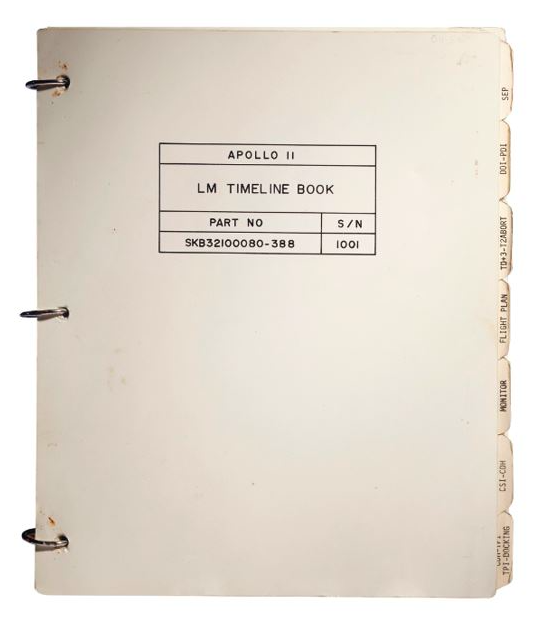 Even the rare book world is abuzz with lunar madness this week. Earlier today, Christie’s offered the Apollo 11 Timeline Book, a three-ring-bound manual flown aboard the LM Eagle and annotated by Neil Armstrong and Buzz Aldrin as they landed on the moon. But the book failed to launch, however true the statement in the Christie’s catalogue: “No more significant document of space exploration history is likely to ever be created as future manned missions will be more fully digitized and will not leave this human trace.”

The Timeline Book was meant to be the star lot among 150+ pieces of space memorabilia offered by Christie’s in One Giant Leap: Celebrating Space Exploration 50 Years after Apollo 11. 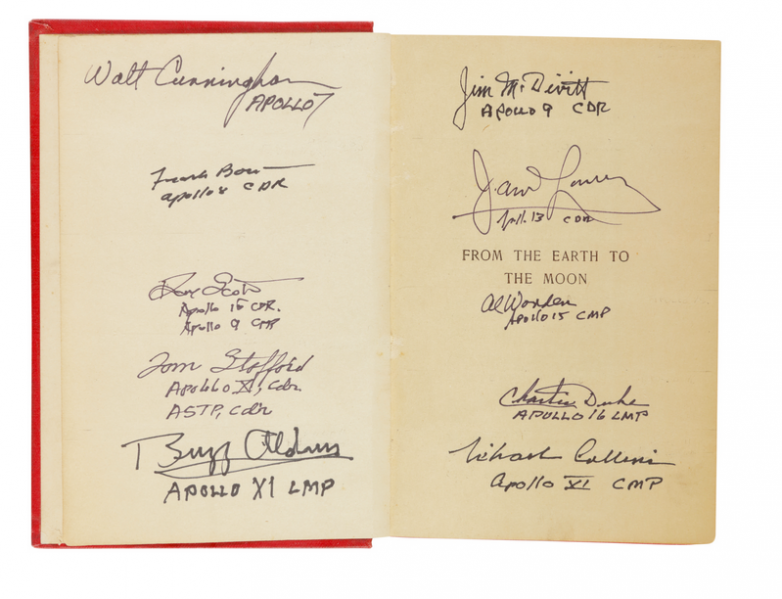 Headed to auction: Jules Verne’s From the Earth to Moon signed by ten Apollo astronauts.

Christie’s, however, is hardly alone in its star-gazing this week. At a three-day auction event this week at Heritage Auctions, featuring the Armstrong Family Collection, Neil Armstrong’s copy of NASA’s Preliminary Apollo 11 Flight Plan book sold for $112,500, while his Apollo-flown gold medal made $2 million. And coming up on Saturday, Sotheby’s in New York will offer three original, unrestored NASA videotape recordings of the Apollo 11 lunar landing during its Space Exploration auction. The tapes, which were purchased from a government surplus auction in 1976 for $217 and change, are estimated to bring $1-2 million. Among so many highlights — spacesuits, models, and photography — a bibliophile can’t help but be partial to lot 71: a 1922 edition of Jules Verne’s From the Earth to Moon signed by ten Apollo astronauts. Its estimate is more ‘down to Earth’ at $4,000-6,000.