In Lincoln’s Own Words 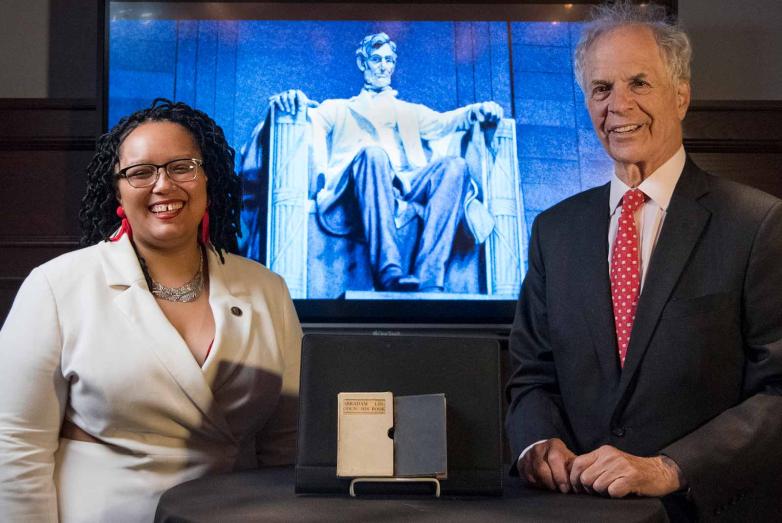 Though Abraham Lincoln is sine qua non in the pantheon of American presidents, he neither kept a diary, nor produced an autobiography (other than an 1860 throw-away.) Now a new book, by Abraham Lincoln: His 1858 Time Capsule—a meticulous reproduction of the only book handwritten by Lincoln—provides fascinating and unknown details with script and nineteenth-century news clips so crisply clear one can almost sand his ink, smell his paste’s aroma. 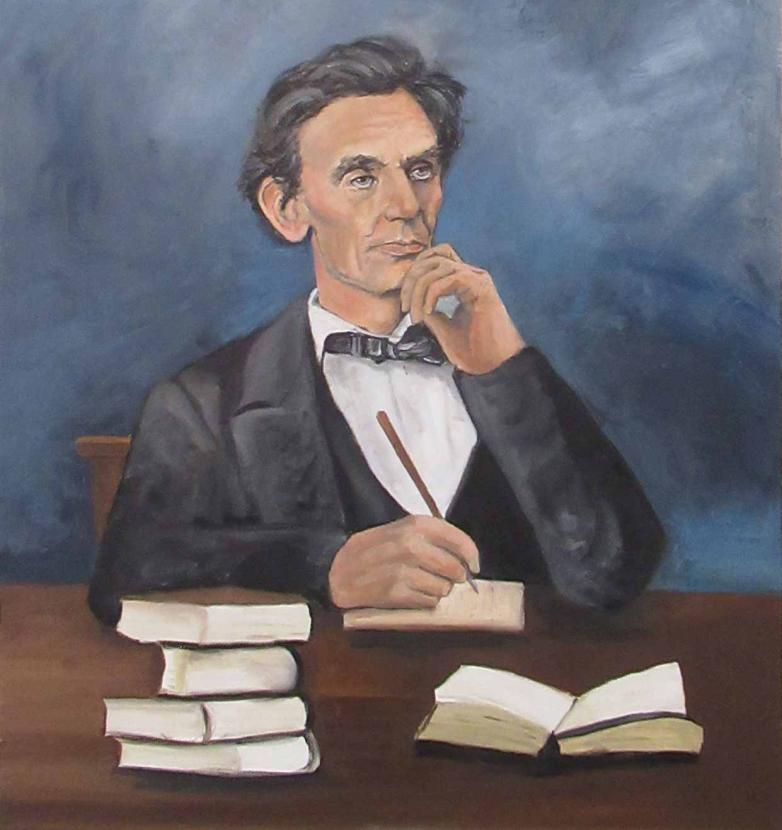 This portrait of Abraham Lincoln by artist Wendy Allen is also featured on the book's cover.

The project began when editor/author Ross E. Heller first read Ida M. Tarbell’s In the Footsteps of the Lincolns (1924). Of particular note was a Tarbell line which mentioned Lincoln’s campaign notebook featuring handwritten notes and newspaper clippings from his debates against Stephen Douglas when the pair ran for U.S. Senator in 1858. Tarbell said a Facsimile had been published in 1901, but was already rare. This so intrigued Heller he searched online for a first edition and, after discovering its copyright had expired, decided to republish it.

Lincoln had originally compiled the 6 in. by 3 in. notebook for his own needs, but gave it to a long-time friend, James N. Brown, who was running for state office on the same ticket that year. Brown told Lincoln the public utterly misunderstood Lincoln’s stance on “Negro Equality” so Lincoln added an eight-page letter to the campaign notebook. (Prior to the twentieth century, the legislature elected senators and Lincoln needed Brown’s vote to become senator.)

For his book, Heller was able to source scans of Lincoln’s pages from the original notebook now housed at the Huntington Library in San Marino, California, plus documents not included in the 1901 Facsimile, such as news clippings and notes added by Brown. Heller’s book also features an introductory essay by Lincoln scholar Harold Holzer and art by contemporary Lincoln portraitist Wendy Allen. 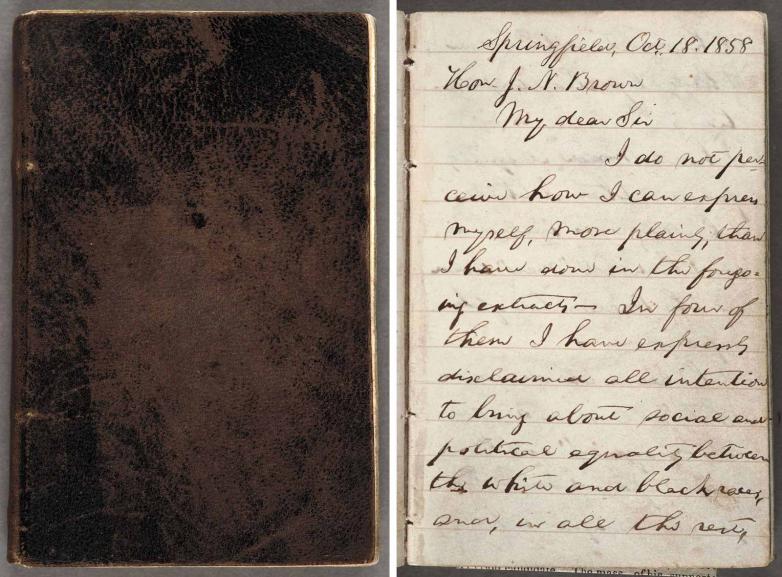 Front cover of the campaign notebook and handwritten letter from Abraham Lincoln to James N. Brown (1858).

Heller’s book also includes the Facsimile’s original introductory essay by early twentieth-century journalist and Lincoln scholar J. McCan Davis plus notes on how the 1901 Facsimile came to be published. These notes were sourced with the help of Galena, Illinois, collector and bookseller William Butts, who owned a unique copy. That volume featured handwritten 1901 correspondence to DeWitt Miller, (its original owner) from Tarbell, Lincoln collector William H. Lambert, and rare-book dealer George D. Smith. (This “Galena” copy has subsequently been donated to the Abraham Lincoln Presidential Library and Museum in Springfield, Illinois.)

“This project was such a product of serendipity,” Heller said. “The more you dig, the more you find. And ultimately, if you are lucky, you create something no one else has ever seen or known about. That my book should be about someone so well-researched as Lincoln; well, what can I say!”

To be published November 19, 2022, by Abraham Lincoln: His 1858 Time Capsule, is available for order online in both hardcover and softcover. Some versions will be signed by Heller. All will feature dust jackets.

To learn more and order a copy, visit byabrahamlincolnbook.com.