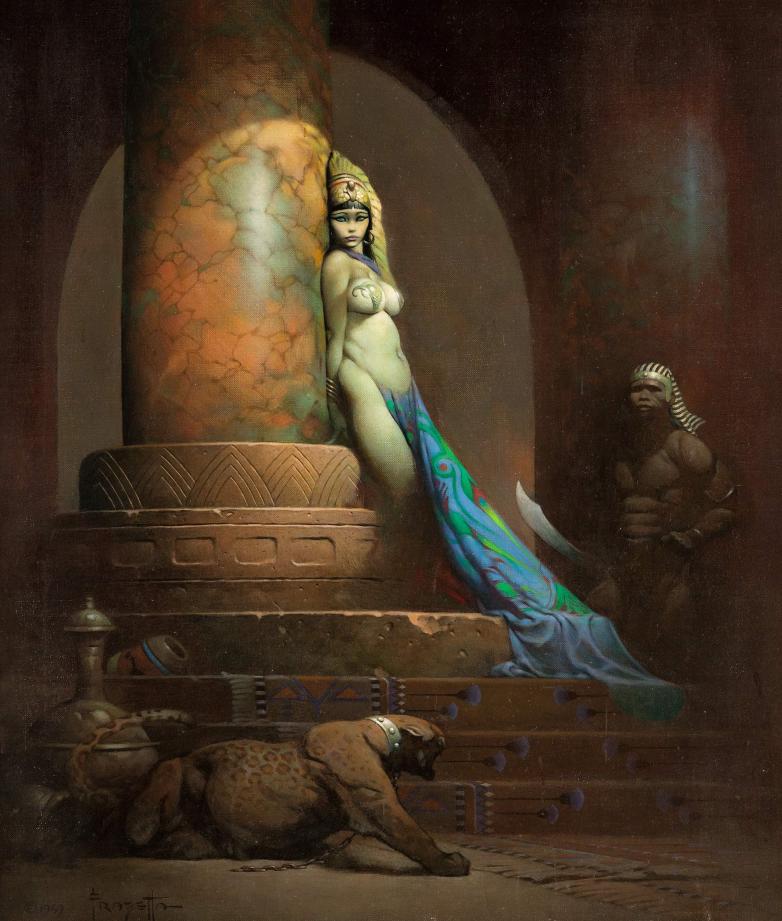 The 1969 fantasy painting Egyptian Queen, one of the most legendary artworks by famed artist Frank Frazetta, sold for a world record $5.4 million.

Dallas, TX – The 1969 fantasy painting Egyptian Queen, one of the most legendary artworks by famed artist Frank Frazetta, sold for a world record $5.4 million Thursday, May 16, at a public auction of vintage comic books and comic art held by Heritage Auctions in Chicago, Illinois.

The painting bests the world record as the most expensive piece of original comic book art ever sold at public auction. The previous record was the $1.79 million paid for Frazetta’s Death Dealer 6, 1990, which was set by Heritage in May 2018.

The masterpiece is credited more than any other with revolutionizing fantasy illustration in American art. Egyptian Queen first appeared in print as the cover for Eerie magazine #23 in mid-1969, and as multiple prints and posters over subsequent decades.

The winning bidder does not wish to be identified at this time.

The painting has been in the possession of Frazetta’s family ever since it was created 50 years ago, and Thursday was the first time it was made available for private ownership in Heritage Auctions’ Comics & Comic Art Auction. In addition to a world record, the painting also set a house record as the most expensive item ever sold by Heritage Auctions, surpassing a luxury Dallas estate, which closed for $4.95 million in 2016.

“This result elevates Frank Frazetta’s art into the stratosphere of visual narrative art on a par with the likes of Norman Rockwell, Maxfield Parrish and other luminaries,” Heritage Auctions Vice President Todd Hignite said.