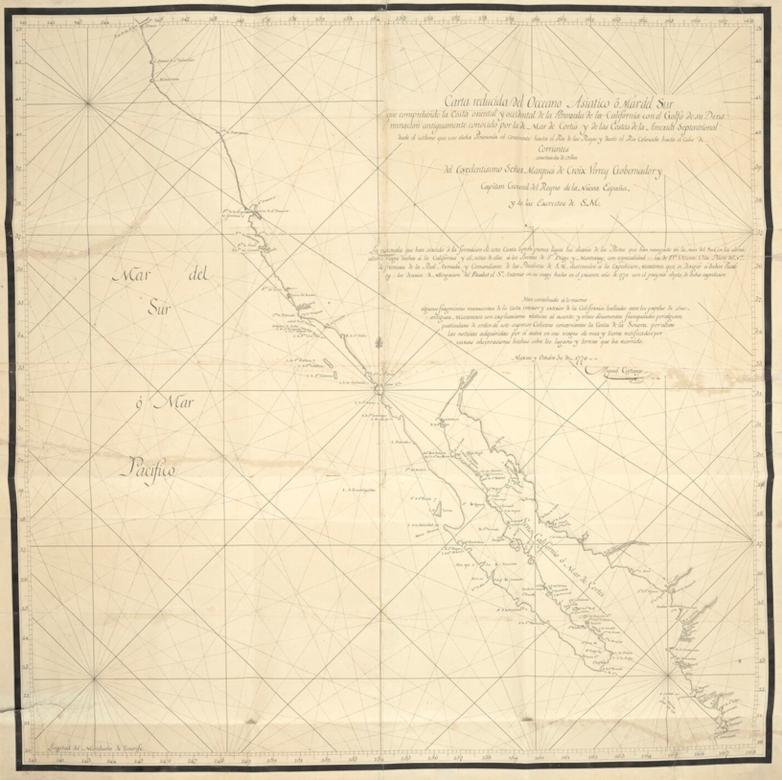 New York – On October 25, Bonhams will present the most important 18th century map of California as the highlight of its Exploration and Travel Literature, featuring Americana sale in New York. Estimated at $600,000 – 800,000, the extraordinarily rare, original manuscript map of costal California is signed by Miguel de Costansó (1741-1814), a Catalan cartographer, cosmographer, and engineer for the Portola Expedition who created the map, and dated Mexico, October 30, 1770. It is the first map to depict San Francisco Bay and marks the beginning of the Spanish settlement in the state. The map exists in three versions: an early version in manuscript, not showing San Francisco Bay, this version in manuscript, and the 1771 printed map produced in Spain from this version.

An incredible selection of Americana also highlights the sale including a subpoena for then President Thomas Jefferson, the first to be issued to a sitting president, to produce evidence in the case of treason against Aaron Burr, one of the earliest and most prominent tests of the concept now known as executive privilege. Burr, the third Vice-President of the United States and a Founding Father, was arrested and accused of High Treason for his role in a wild conspiracy attempting to raise an army to separate the Louisiana Territory and western states from U.S. rule in 1807. The subpoena gave rise to a host of issues, including executive privilege, equal rights under the law, the independence of the executive branch, as well as the idea of preservation of state secrets. It is estimated at $200,000 – 300,000.

The sale will also feature material related to exploration and travel literature including: