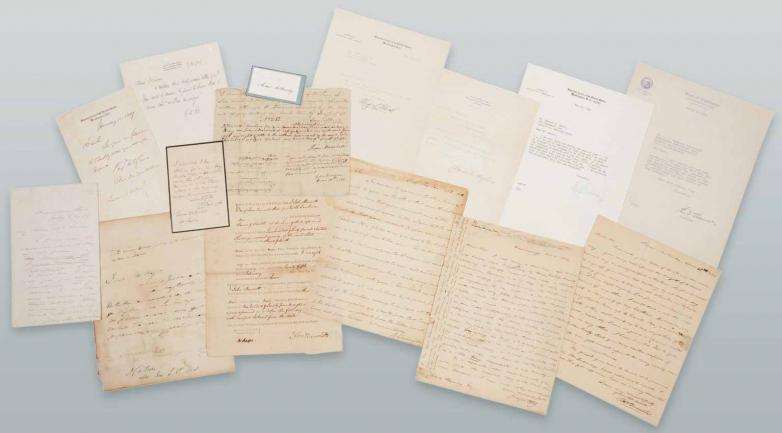 Chicago – Hindman is thrilled to reflect on an exciting 2020 despite the unmatched environment and challenges presented. The year included over 100 auctions and $64.9 million in sales, and the auction house saw exceptional participation from online bidders throughout the world. More than 55 percent of successful bids were a result of online bidding activity, and the firm saw an increase in online engagement by over 10 percent. The company was proud to consistently exceed expectations throughout the year with the majority of sales surpassing presale estimates. Hindman is looking forward to continuing to provide clients with incredible offerings moving into 2021.

After Hindman’s record setting year in 2019, the firm continued that trend in 2020, breaking more records than the previous year. The Fine Art Department set 15 global auction records and continued to draw extraordinary engagement throughout 2020, ultimately reaching more than $14.6 million in sales. The sale of Alexander Calder’s standing mobile, Triple Cross from 1947, for nearly $1.9 million in the October Post War and Contemporary Art auction was the highest auction price in the company’s 38-year history and a momentous achievement for the department.

Hindman continued its expansion in 2020, presenting new categories with its first dedicated Antiquities and Sports Memorabilia auctions. The firm hosted its inaugural Antiquities auction in June which realized nearly $1 million. While Hindman has worked with Antiquities for many years, the sale was its first auction focused exclusively on ancient art and featured artworks from the remarkable George Francoeur Trust. A second successful Antiquities auction was held in November and demonstrated the company’s strength in the market for Ancient Art. The firm’s dedicated Sports Memorabilia auction was held in October, continuing the company’s tradition of handling historic sports artifacts, like it did for the Chicago Stadium and Comiskey Park. Michael Jordan specific memorabilia continued to demand top prices with the top lot of the auction, a 1994 Michael Jordan bronze maquette, “The Spirit,” realizing $27,500 against a presale estimate of $4,000-6000.

The Books & Manuscripts Department saw another fantastic year, with auctions once again exceeding expectations, resulting in more than $5.4 million in sales and a sell through rate that was nearly 91%. Leading the June auction was the most complete archive of Supreme Court Justice manuscripts to ever appear on the market at auction, comprising 203 signed documents from 16 Chief and 93 Associate Justices of the Court from 1789-2017, which sold for $25,000. The auction also featured the collection of Rhoda H. Clark and the Monastery Hill Bindery, one of the oldest businesses in Chicago. The October auction of The Library of Gerald and Barbara Weiner realized more than $1.2 million. Highlights included a first edition of Charles Darwin’s On the Origin of Species, which sold for $112,500 against a presale estimate of $60,000-800,000, a copy of William Shakespeare’s Fourth Folio, and a copy of the Kelmscott Press’s Works of Geoffrey Chaucer. The November auction, over 91% sold by lot, included works from several private collections. The top lot of the sale, a copy of the first edition of Machiavelli’s The Prince, brought $47,000, far surpassing the pre-sale estimate of $25,000-35,000. Other highlights included a copy of the first octavo edition of Audubon’s Birds of America and a very fine illuminated Book of Hours.

Hindman, one of the only auction houses hosting dedicated sales of African Americana in the country, saw strong engagement in the category in 2020, achieving a 90% sell-through rate and beating pre-sale estimates for the majority of lots presented. A two-part auction, The Road West: The Steve Turner Collection of African Americana, presented one of the best private collections of African Americana to come to market in recent years. The collection included strong offerings in historic photography, which continues to be a strength for the department. Successes included a carte-de-visite of Edmonia Lewis seated, which ultimately realized $15,000, more than triple its presale estimate. Across four sales in 2020, highlights in the category included an ebonized wood walking cane presented to Frederick Douglass, which ultimately realized $37,500, over ten times its presale estimate. Other highlights included a copy of the first edition of Martin Luther King, Jr.’s Where Do We Go from Here: Chaos or Community? which sold for $8,125, over double the presale estimate. Another standout sale was a typed letter from Malcolm X to his biographer, Alex Haley, which beat its presale estimate of $8,000 selling for $10,000.

It was also an exciting year for Hindman’s Luxury Goods departments. The jewelry and timepieces category ultimately realized over $9 million in sales. Important Jewelry sales included highlights from several renowned houses including Cartier, David Webb, Tiffany & Co., Buccellati, Van Cleef & Arpels, and more. An antique royal diamond tiara was a particularly stunning offering and realized over 10 times its presale estimate, selling for $68,750. The tiara was worn by Princess Eugenia for her 1938 wedding to Prince Dominik Radziwiłł, and contained numerous old mine, rose, and mixed cut diamonds weighing approximately 18 to 20 carats total, and seven diamond simulants. Couture ended the year on a high note with the Luxe Holiday: A Collectors’ Collection auction, which saw eager bidding on accessories, and featured three distinct categories: a collection of 17th to 19th century fashion and ephemera, collection contemporary luxury menswear, as well as a collection of accessories and iconic dresses and ensembles by some of the top designers in Japanese fashion.

The Palm Beach Collections auctions in December kicked off the season with two exceptional sales. The sales included furniture and other decorative art items from a Florida residence designed by respected New York-based interior designer Michael Simon, who is known for his deep understanding and knowledge of French 18th century decorative arts. Sale standouts included a sculpture by Harriet Whitney Frishmuth, Sweet Grapes, which realized over three times its presale estimate and sold for $21,250, and twenty Zuber panoramic wallpaper panels, which realized $21,250 against a presale estimate of $8,000-12,000.

Looking forward into 2021, Hindman will continue to build on its digital connectivity through its new Digital Bid Room, an online and mobile bidding platform which provides clients with a simplified and efficient experience.