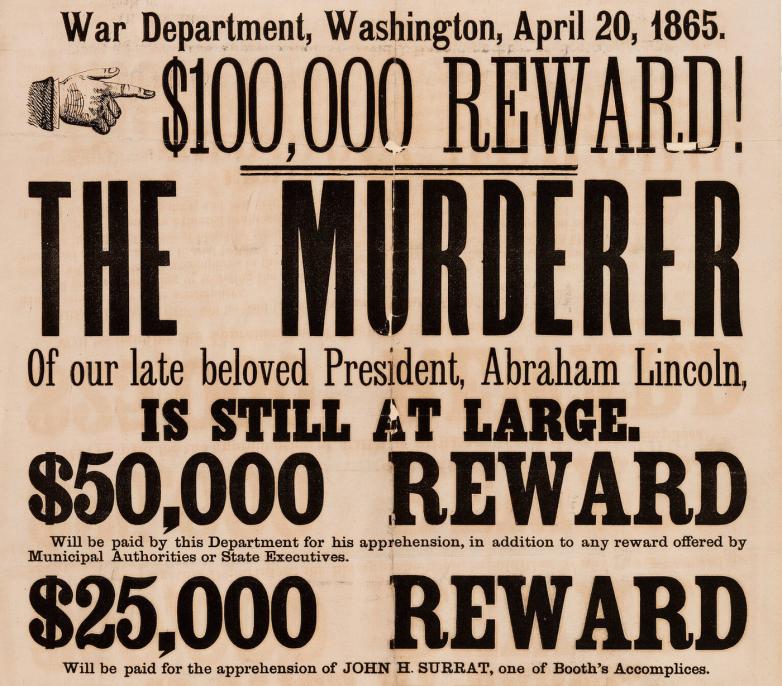 Dallas, TX — It trumpeted arguably the most important manhunt in American history.

Until April 14, 1865, John Wilkes Booth was a popular actor, with legions of admiring fans. But he also harbored strong political ideas, speaking out against President Abraham Lincoln and denouncing the abolition of slavery. He and a group of co-conspirators planned first to kidnap the 16th American president; instead, Booth assassinated Lincoln in Ford's Theater in Washington, D.C. 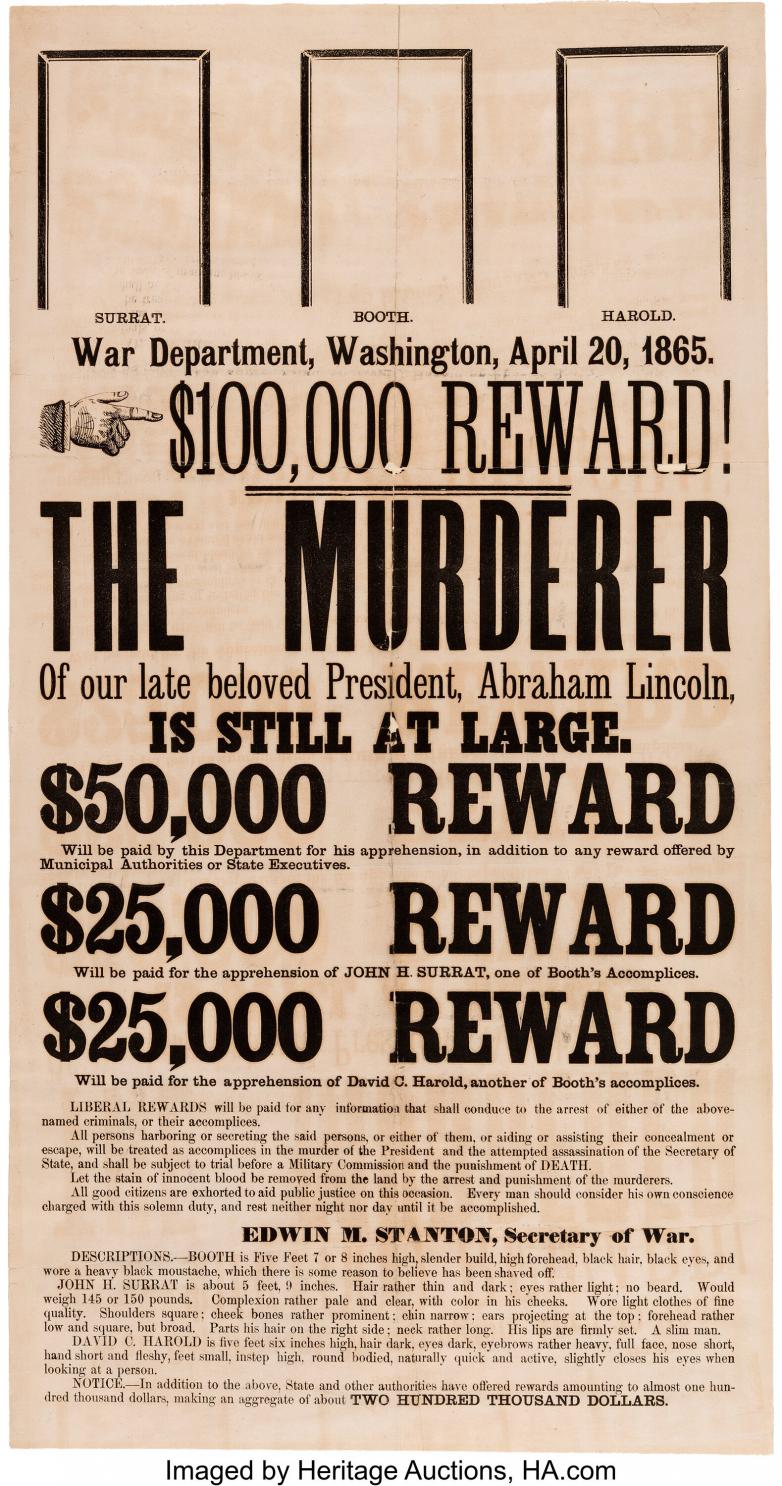 The attack set off the a 12-day search for Booth, who ultimately was shot while hiding in a barn. The public was asked for assistance in locating Lincoln's killer, in part through a $100,000 Reward Broadside issued by the U.S. War Department, April 20, 1865 (estimate: $50,000+), one of the few surviving copies of which will find a new home when it crosses the block in Heritage Auctions' Americana & Political Signature Auction Sept. 25-26.

"It would be difficult to argue the fact that the assassination of Abraham Lincoln was the most significant murder in American history," Heritage Auctions Americana & Political Director Curtis Lindner said. "His impact on the country and its history is almost impossible to measure, and the Department of War enlisted the help of everyone it could to apprehend Booth."

The $100,000 reward was an enormous sum at the time, equating to roughly $1.6 million today. Half was designated for the arrest of Booth, "in addition to any reward offered by Municipal Authorities or State Executives," while $25,000 for the apprehension of John H. Surratt (misspelled "Surrat") and David C. Herold (misspelled "Harold"). Signed in print by Secretary of War Edwin M. Stanton, the offered broadside is one of just a handful of copies known to remain in existence.

The broadside offered would-be deputies a life-changing fortune, but also made it plainly clear that anyone who opted to help the suspects would risk facing the harshest legal consequence: "All persons harboring or secreting the said persons...or aiding or assisting their concealment or escape, will be treated as accomplices in the murder of the President and the attempted assassination of the Secretary of State, and shall be subject to trial before a Military Commission and the punishment of DEATH. Let the stain of innocent blood be removed from the land by the arrest and the punishment of the murderers..."