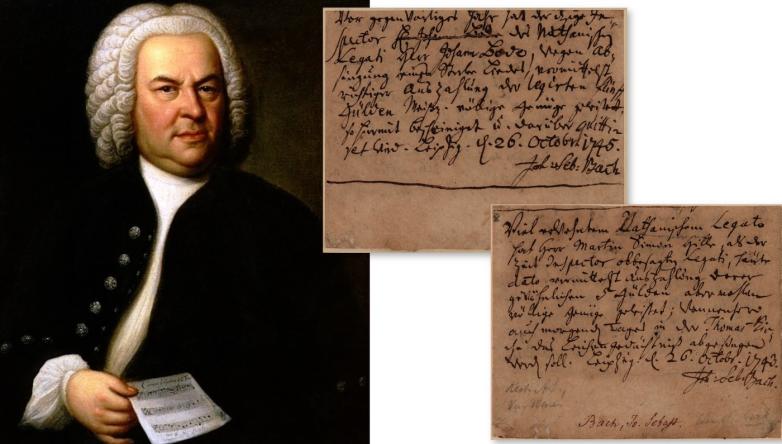 The one-page, double-sided receipt in German is twice-signed by Bach. The document acknowledges the sum of five guilders from Martin Simon Hille and Johann Bode under the terms of Sabina Nathan's legacy, which provided for the music performed at her annual memorial service. When the wealthy widow Sabina Nathan of Leipzig died in 1612, she made a bequest to have a motet sung in her memory every year on the feast day of St. Sabina in the Lutheran St. Thomas Church  in Leipzig. As Kapellmeister of this church, Bach carried out the task from 1726 to 1749.

"Bach's autograph is scarce in any form," said Bobby Livingston, Executive VP at RR Auction, "this being the first we have ever offered— we are thrilled at the price achieved."

“As a twice-signed piece relating directly to his illustrious musical career, it is truly a treasure of cultural history.”

Albert Einstein signed draft article by Einstein on the state of humanity, and the individual sold for $56,914.

King Henry VIII signed document ordering lavish collars and leashes for his beloved dogs, plus costumes for the royal leash boys sold for $50,419.

Mary Blair concept storyboard painting from Song of the South sold for $29,477.

Beatles Live at the Hollywood Bowl Acetate sold for $23,837.

The Fine Autograph and Artifacts auction from RR Auction began on January 14 and concluded on February 9. For more information, go to www.rrauction.com.