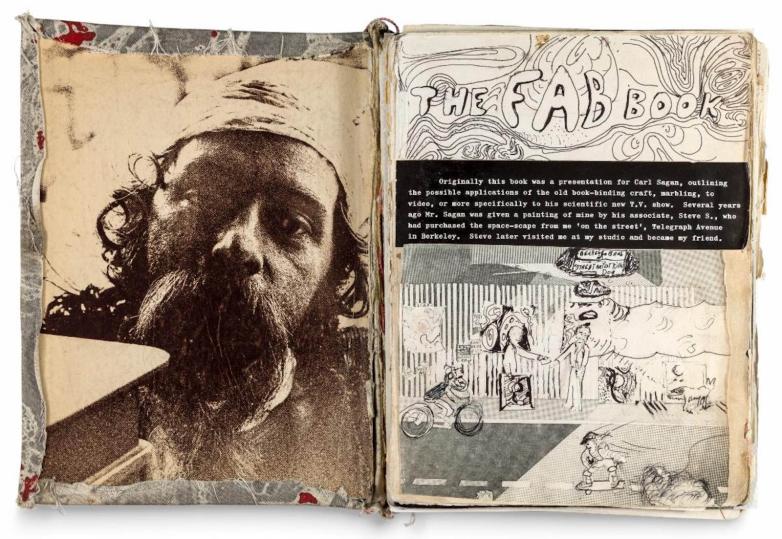 The Grolier Club in New York City - America’s oldest and largest society for bibliophiles - will celebrate visionary contemporary American artists who revolutionized and re-energized the creative legacy of paper arts. Pattern and Flow: A Golden Age of American Decorated Paper, 1960s to 2000s tells the story of 53 imaginative and innovative artists who, working independently and together, revived the largely forgotten arts of marbled and paste paper design. On view from January 18 through April 8, 2023 in the Grolier Club’s ground floor gallery, the exhibition is curated by Mindell Dubansky, Museum Librarian for Preservation at the Thomas J. Watson Library at The Metropolitan Museum of Art.

Pattern and Flow features a decade-by-decade look at the field through 150 objects from the Watson Library’s Paper Legacy Project collection, which documents the work and histories of American decorative paper artists active from the late 1960s to the present. The designs created by these grassroots pioneers and their followers take traditional art forms to new, expressive dimensions—some works are somber, with muted tones and subtle coloration, others are explosive in their use of color, hypnotizing ripples and wave patterns, or tessellated decorations.

The colors and shapes allude to the seasons, the sea, geologic formations, and cosmic imaginings, or demonstrate pure and non-allusive abstraction. Decorated papers will be shown in context with rare books, objects, color recipe books, correspondence, photographs, and hand-tools used by the featured artists. An accompanying monograph is published by the Thomas J. Watson Library at The Met and distributed by Yale University Press.

“It’s difficult to imagine a more masterful, persevering, and humble group of artists than those represented in the Paper Legacy Collection,” said Mindell Dubansky. “Motivated by the wonders of nature, the joy of color, and technical challenges, they have cumulatively and quietly brought unexplainable beauty to the public for decades. The chief motivation for this exhibition has been to preserve the work, methods, and stories for generations to come.”

Historic works on view in Pattern and Flow include some of the earliest marbling treatises which inspired and instructed many of the artists, including Charles W. Woolnough’s The whole art of marbling (London: G. Bell, 1881), and an 1812 book with a marbled paper cover made by the Mann Family of Dedham, Mass., which operated a printing and publishing company (active 1810-1850). Mann marbling activity was critical to the survival of the craft to mid-century, when the commercialization of printing created new demand for decorated paper.

Self-taught marbler Olaf (b. 1940) worked with John Coventry (b. 1943) in Berkeley, California in the 1970s, using a tank made from the inverted roof of a Volkswagen bus. Olaf’s patterned papers on view resemble microscopic organisms, such as the vivid Purple Monochromatical Monomaniacal Merry-Go-Round (1990), achieved with oil-based paints with solvents. Also on view is The Fab Book (c. 1971-75), a counterculture artifact documenting Coventry’s alchemical experiments with marbling and his philosophies about marbling’s relation to natural phenomena, such as wave motion and the cosmos.

An iconic marbled object on view in Pattern and Flow will be familiar to many: the original marbled Kleenex box (c. 1987) and its matching paper (c. late 1980s), made by Faith Harrison (b. 1950). The “Classic Foil” tissue box and iterations of it have been a staple in American homes since the 1980s, but the commission was controversial among marblers, as Harrison was not sufficiently remunerated for the use of her design. Self-taught marbler Galen Berry (b. 1952) created Dragons in the Sky (undated), a marbled paper featuring a fantasy moiré pattern that is enlivened by Berry’s unique color palette of vivid oranges, reds, and yellows over a blue background.

More recent highlights on view include Swoon (2017) by Regina St. John (b. 1944), a brilliantly rainbow-colored work patterned with vertical and horizontal zigzags; Alluvial Fan (2017), a paste paper by Madeleine McEvilly Durham (b. 1959), that is inspired by New Mexico’s desert landscape; and Daisy Garden (c. 2015) by Robert Wu (b. 1979), a multi-layered marbled paper that evokes a fantastical flower garden.

The Grolier Club will host related public programs, including a full-day symposium on decorated papers on Friday, March 24, which will be live-streamed; a virtual exhibition tour and Q&A with curator Mindell Dubansky on Wednesday, April 5 at 6 pm; and lunchtime exhibition tours, conducted by Dubansky, on January 27, February 7, February 21, March 7, March 21, and April 4, all from 1-2 pm. More details can be found at http://grolierclub.eventbrite.com.