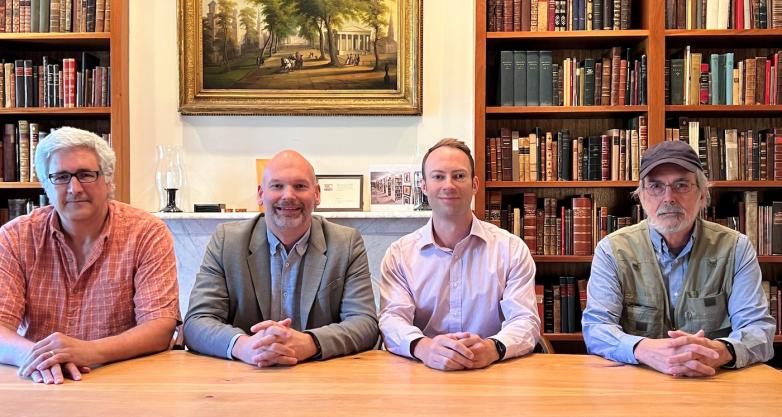 New Haven, CT — The William Reese Company, the world’s leading antiquarian bookseller of printed and manuscript Americana, is pleased to announce the continuation of the William Reese name and bookselling tradition under the new ownership of a joint venture between New York-based James Cummins Bookseller and Peter Harrington, London. Business will continue at the company’s existing premises in Temple Street, New Haven.

The late William S. Reese (1955-2018), renowned as one of the foremost dealers of antiquarian books of his generation, founded the New Haven, Connecticut-based William Reese Company in 1975, leaving an indelible impact on both the trade and book collectors worldwide. Following his untimely death four years ago, the company has successfully continued under the leadership of his widow Dorothy Hurt, with the Literature department led by long-time Reese Company specialist Terry Halladay and the Americana department by Nick Aretakis. The team will be expanded next month with the addition of two new book specialists in Americana.

The business has been bought along with its significant inventory of around 40,000 items. Day-to-day operations will continue seamlessly under Aretakis, without change to the Reese Company’s highest bookselling standards and customer service. The location, name and contact details of the business will also remain unchanged, and printed catalogues and e-lists will continue to be frequently issued. James Cummins Bookseller and Peter Harrington are proud to be part of the continued legacy of William Reese.

"It was always my goal to have the William Reese Company carry on as a leading antiquarian bookseller and it gives me great pleasure that Peter Harrington, James Cummins and Nick Aretakis will continue the business in Bill’s tradition. The William Reese Company has always been synonymous with Americana at the highest level and I look forward to seeing the business continue to succeed,” says Dorothy Hurt.