First Edition of Darwin's Origin of Species to be Auctioned 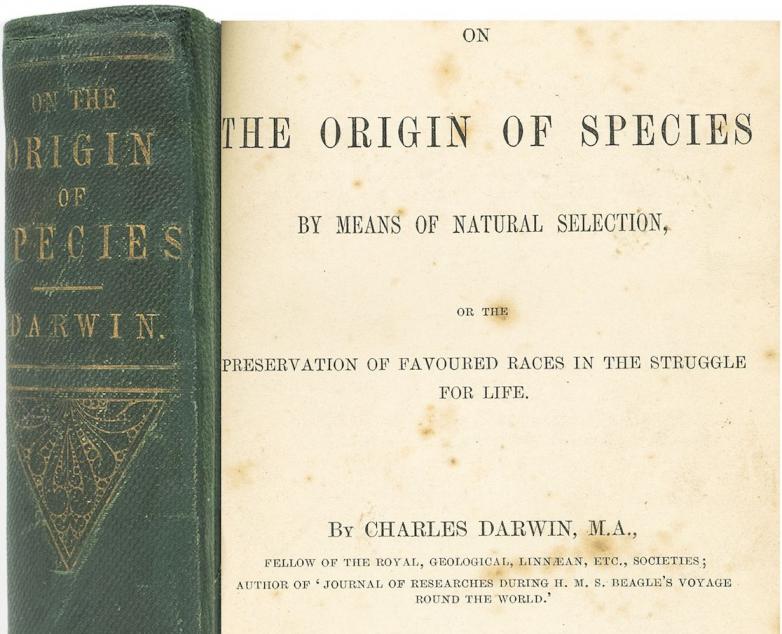 Los Angeles – A scarce first edition, first printing of Charles Darwin’s iconic book, On the Origin of Species will be auctioned by Nate D. Sanders Auctions on December 10, 2020. In this revolutionary book that upended man's own view of himself, Darwin posits natural selection as the engine driving species' evolution, an argument so persuasive that even 19th century religious leaders adjusted their teachings to allow for evolution to work in concert with divine planning. Its importance has only grown in the 150+ years since publication, with Freeman concluding it to be ''the most important biological book ever written.’’ The book was first released on November 24, 1859. The book’s first printing consisted of only 1,250 copies, and the number of extant copies are now significantly fewer. Bidding for the book begins at $135,000.

Additional information on the book can be found at: https://natedsanders.com/LotDetail.aspx?inventoryid=58877