The World of Stonehenge Slated for Exhibition in 2022 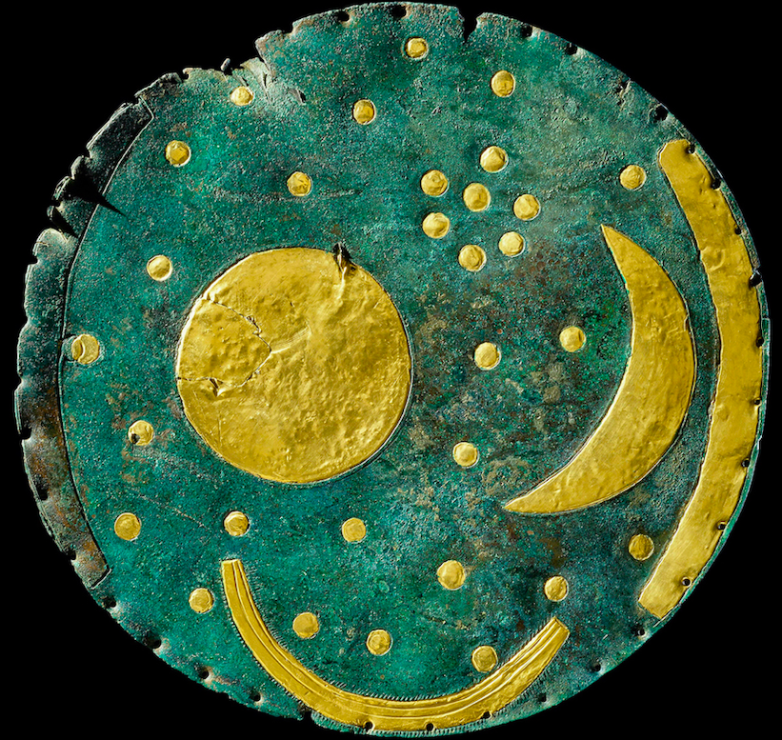 Courtesy of the State Office for Heritage Management and Archaeology Saxony-Anhalt, Juraj Lipták

London — The British Museum announces full details of its upcoming special exhibition on Stonehenge. This major exhibition will see over 430 objects brought together from across Europe in a once-in-a-lifetime spectacle on the history – and mystery – of the ancient monument.

The world of Stonehenge (17 February – 17 July 2022) is the UK’s first ever major exhibition on the story of Stonehenge. Key loans coming to the British Museum and announced for the first time today include: Britain’s most spectacular grave goods which were unearthed in the shadow of Stonehenge; elaborate ancient gold hats depicting the cosmos; and the astonishing wooden monument – dubbed Seahenge - that recently emerged after millennia from the sands of a Norfolk beach.

Stonehenge was built 4,500 years ago around the same time as the Sphinx and the Great Pyramid of Giza in Egypt. This landmark exhibition will set the great monument in the context of one of the most remarkable eras on the islands of Britain and Ireland, which saw huge social and technological revolutions, alongside fundamental changes in people’s relationships with the sky, the land and one another.

At the heart of the exhibition will be the sensational loan of a 4,000-year-old Bronze Age timber circle, dubbed Seahenge due its similarity to Wiltshire’s Stonehenge. It is a hugely significant and extremely rare surviving example of a timber monument that has also been called “Stonehenge of the Sea.” It reemerged on a remote Norfolk beach in 1998 due to the shifting sands, and it consists of a large upturned tree stump surrounded by 54 wooden posts. The oak posts, some up to 3m tall, were tightly packed in a 6.6m diameter circle with their bark-covered sides facing outwards. Inside the circle was a mighty oak, its roots upturned towards the heavens like branches. Collectively the circle creates a giant tree. A narrow entranceway was aligned on the rising midsummer sun and it is thought this monument was used for ritual purposes.

Seahenge comes to the British Museum from the Norfolk Museums Service, where it is partially displayed at the Lynn Museum in King’s Lynn. This is the first time Seahenge has ever gone on loan. Visitors to the exhibition at the British Museum will see some of the monument’s most important elements, including many timber posts that have never been displayed before. They will also see the hugely important ‘doorway’ where worshippers would enter. Its inclusion in the exhibition will help tell the story of the shared beliefs that inspired ancient communities to build the many astonishing monuments found across Britain, Ireland and beyond.

Dr Jennifer Wexler, project curator of The world of Stonehenge at the British Museum, said: “If Stonehenge is one of the world’s most remarkable surviving ancient stone circles, then Seahenge is the equivalent in timber. But as it was only rediscovered in 1998, it is still relatively unknown. We know about some aspects of the monument, including that it was constructed in the spring and summer of 2049 BC, from mighty oaks. But there’s much that still eludes us, including exactly what it was used for. Perhaps the central upturned trunk was used in funerary rituals to support a dead body. Perhaps entering the circular shrine brought worshippers closer to the otherworld. By displaying Seahenge in this exhibition we hope to bring it to a wider audience, and it provides an unparalleled opportunity to time travel back to the moment when circles of stone and timber were at the heart of people’s beliefs.”

Nearly two-thirds of the objects going on display in The world of Stonehenge will be loans, with objects coming from 35 lenders across the UK, the Republic of Ireland, France, Italy, Germany, Denmark and Switzerland. Of these, the majority have never been seen in the UK before. Newly revealed today as going on show in the exhibition are two rare and remarkable gold cone-shaped hats - the Schifferstadt gold hat from Germany and the Avanton gold cone from France. This is the very first time either will have been seen in Britain. These are decorated with elaborate solar motifs that reflect the religious importance of the sun during this era. Only two other examples of these hats are known to have survived. Serving as headgear during ceremonies or rituals, they perhaps imbued the wearer with divine or otherworldly status. Carefully buried alone or accompanied by axes, rather than interred with the deceased, it seems they were held in trust for the community. Similar motifs are to be found on a belt plate on loan from the National Museum of Denmark. This example, and others like it, was found on the stomach of a women buried in Scandinavia. It’s conical central point might represent the same concept as the sun hat, but in miniature form.

Alongside the international loans, visitors will see some of the most important objects unearthed in the Stonehenge landscape, many of them now in the collections of neighbouring museums. On loan from Wiltshire Museum will be the whole hoard of objects that accompanied a burial known as the Bush Barrow site. This burial hoard has never been lent in its entirety before. They include the ‘gold lozenge’ which is the finest example of Bronze Age gold craftsmanship ever found in Britain, which was buried across the chest of the Bush Barrow chieftain. This grave, with commanding views of Stonehenge, shows close parallels with the richest graves from northern France, eastern Germany and even Ancient Greece. The exhibition will illustrate these long-distance connections.
From Salisbury Museum will be the treasures buried with the Amesbury Archer, a man honoured with remarkable grave goods after his death. His grave contained the richest array of items ever found in a Bronze Age burial site in the UK, and 39 of these items – including copper knives, gold ornaments and flint tools – will travel to the exhibition. The gold discovered is thought to be among the earliest found in Britain. The Amesbury Archer was also buried close to Stonehenge, but he came from the area of modern day Switzerland or Germany. His early dates mean that he could have participated in the construction of the iconic phase of the stone circle.

Hartwig Fischer, Director of the British Museum, said: “To understand the purpose of the great stone monument constructed on Salisbury Plain, it is essential to consider its contemporary world and the culture of its builders. We are delighted to be able to do this in this unprecedented exhibition. Over 430 exceptional objects are being brought together, objects which are the last and only testament of sophisticated and ingenious people, and we are grateful to all of the lenders who have made it possible.”

Neil Wilkin, curator of The world of Stonehenge at the British Museum, said: “The mystery of Stonehenge is a source of enduring fascination for every generation who visit or catch a glimpse of its distinctive silhouette. This landmark exhibition will begin to reveal its secrets by setting this great monument in the context of a period of radical change on these islands, and by bringing together exceptional objects that shed new light on its meaning and significance. It is an exhibition about the people who built and worshipped at the monument, but it is also a story that transcends the Salisbury Plain and even Britain and reaches far into continental Europe. Stonehenge’s eternal mystery and significance can only be fully understood by charting the surrounding world that made it possible.”

The exhibition has been organised with the State Museum of Prehistory, Halle/Saale, Germany, who will be lending the previously announced Nebra Sky Disc, the oldest surviving representation of the cosmos anywhere in the world.

Tickets for the exhibition are now on sale. An early-bird ticket discount begins today for a limited time. https://www.britishmuseum.org/stonehenge

Stonehenge today is cared for by English Heritage on behalf of the nation.