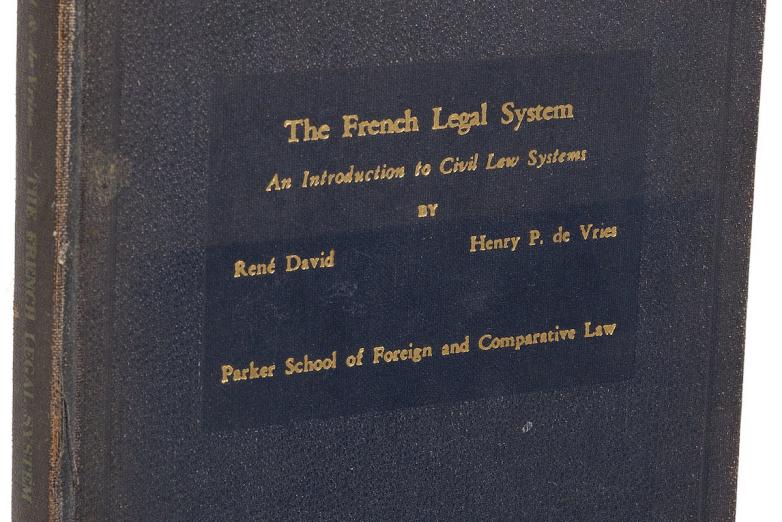 Dallas, TX — A Columbia Law School textbook once owned and full of notes by former Supreme Court Justice Ruth Bader Ginsburg, one of the unquestioned giants of the U.S. legal system sold, for $18,125 in Heritage Auctions’ Manuscripts Auction May 19. An exceptional artifact from RBG's early legal career, the keepsake represents the only annotated scholarly book on law belonging to Ginsburg ever offered at auction.

The auction price well exceeded pre-auction estimates that it would sell for $10,000. The winning bidder does not wish to be identified at this time.

The heavily annotated Columbia Law School Book, The French Legal System – An Introduction to Civil Law Systems is one of the texts that helped to launch the career of a pioneer in the battle for women’s rights and LGBTQ rights, who changed the role of women in the legal world.

For images and information on all lots in the sale, visit HA.com/6236.