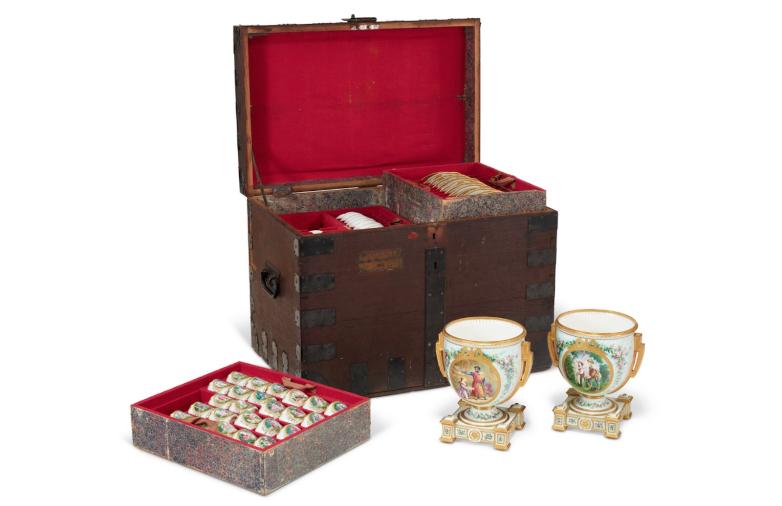 A celebration of some of Shakespeare’s most memorable female characters comes to auction at Christies in New York later this month as part of its The Exceptional Sale.

The Shakespeare Heroines is a Coalport porcelain service which was first exhibited at the 1871 London International Exhibition. It is made up of a pair of vase coolers on stands, 24 plates, 12 coffee cups and saucers, 12 teacups and saucers, and three shallow serving dishes.

Each of the vases, plates and cups features a heroine or scene from one of Shakespeare's plays, with an appropriate quote on the underside including its Scene and Act. The heroines include Miranda, Joan of Arc, Juliet, Rosalind, Imogen, Anne Boleyn, Silvia, Beatrice, Queen Katherine, Perdita, Hero, Olivia, Helena, Jessica, Mistress Page, Katherina, Lady Anne, Cordelia, Princess Blanche, Portia, Hermione, Ophelia, Cleopatra and Desdemona. 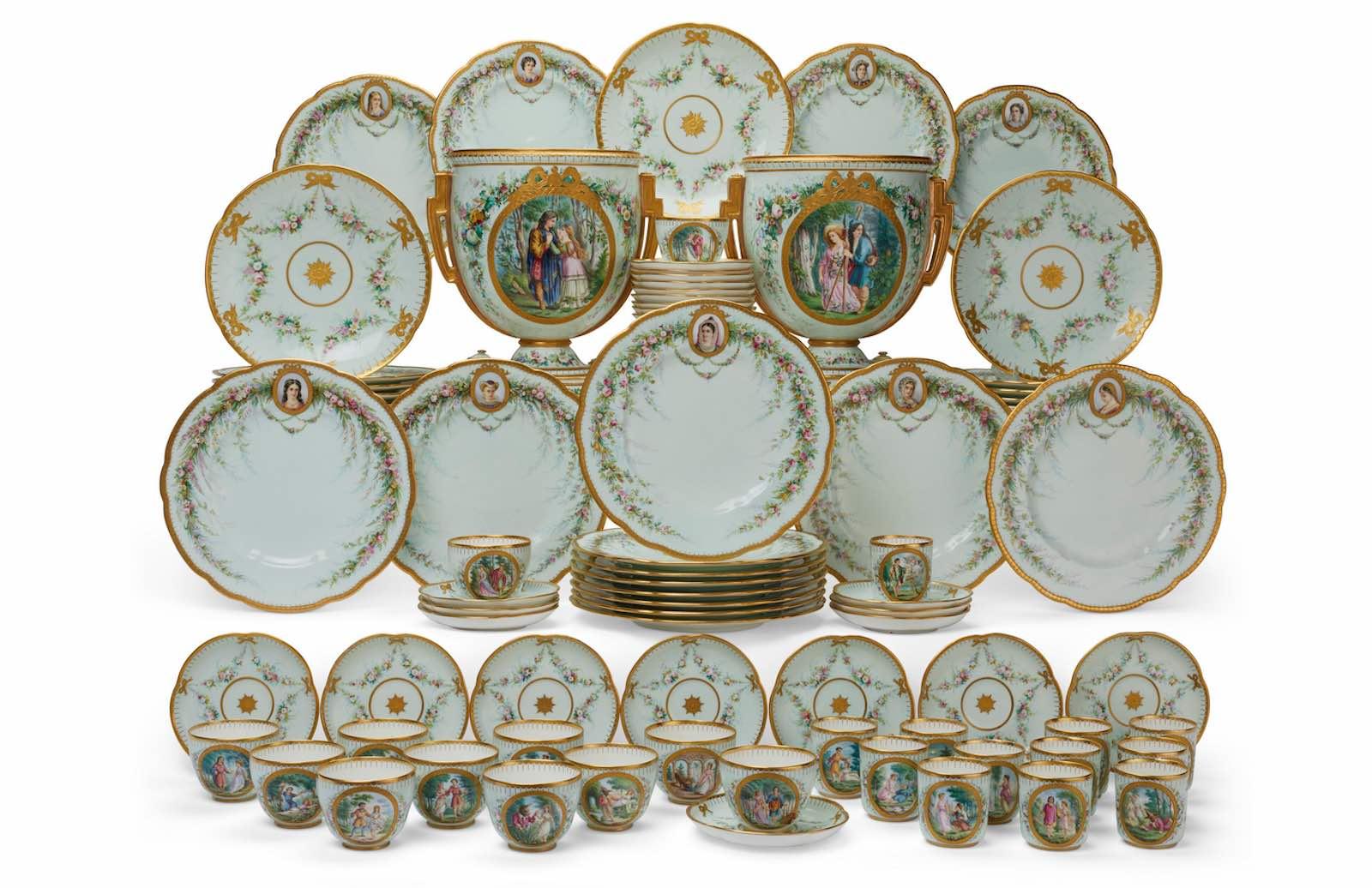 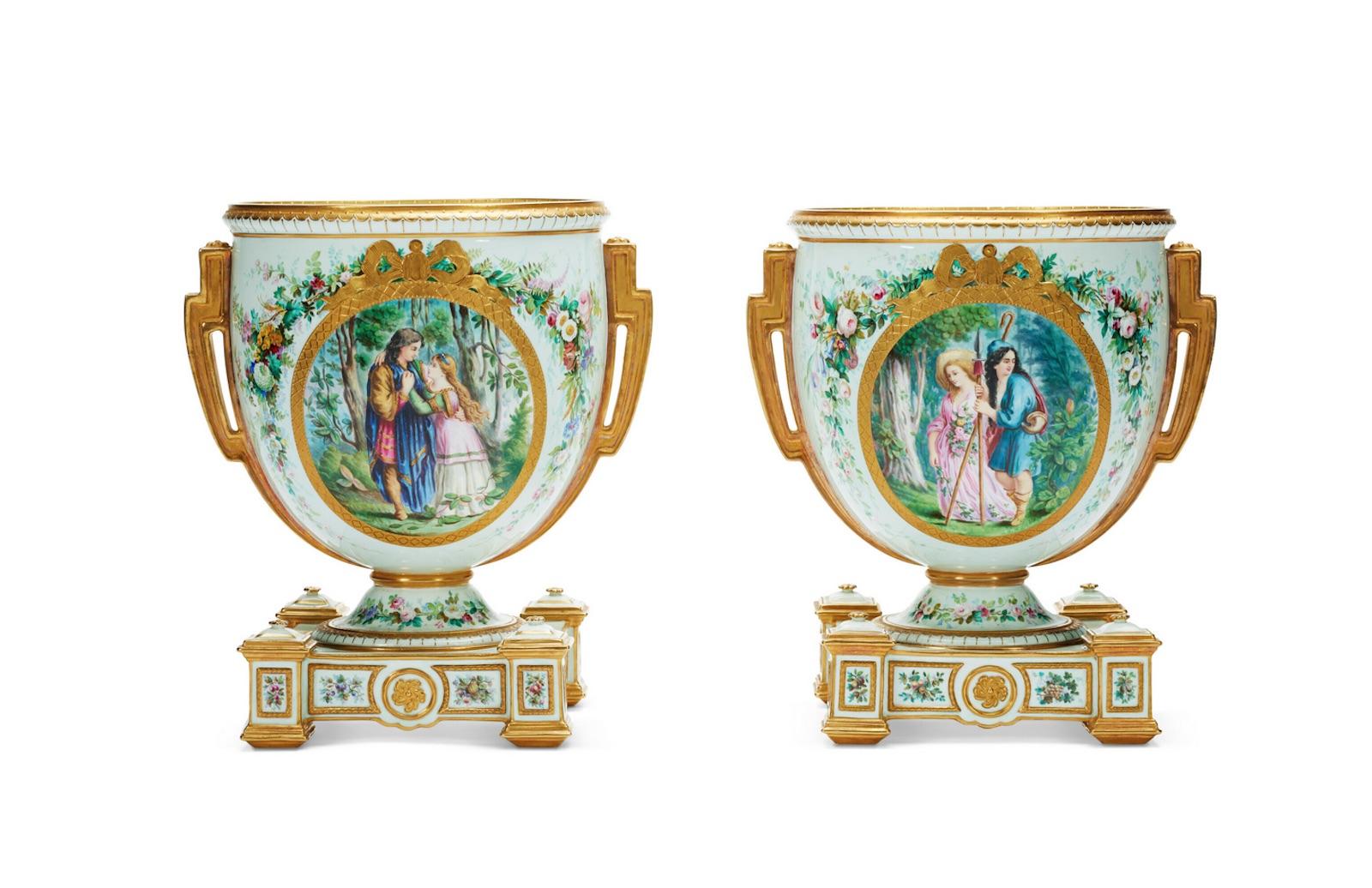 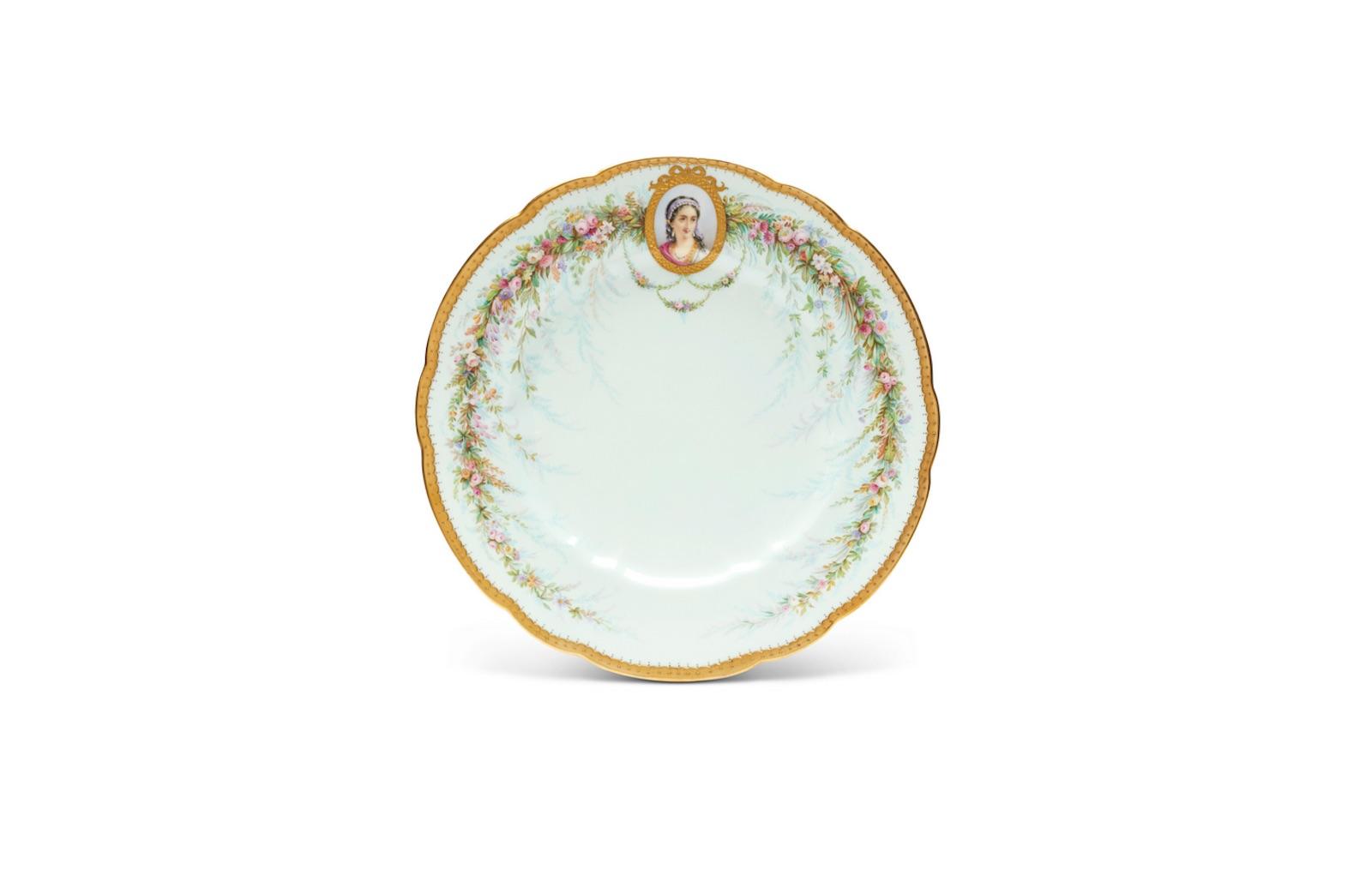 From the Shakespeare Heroines porcelain service 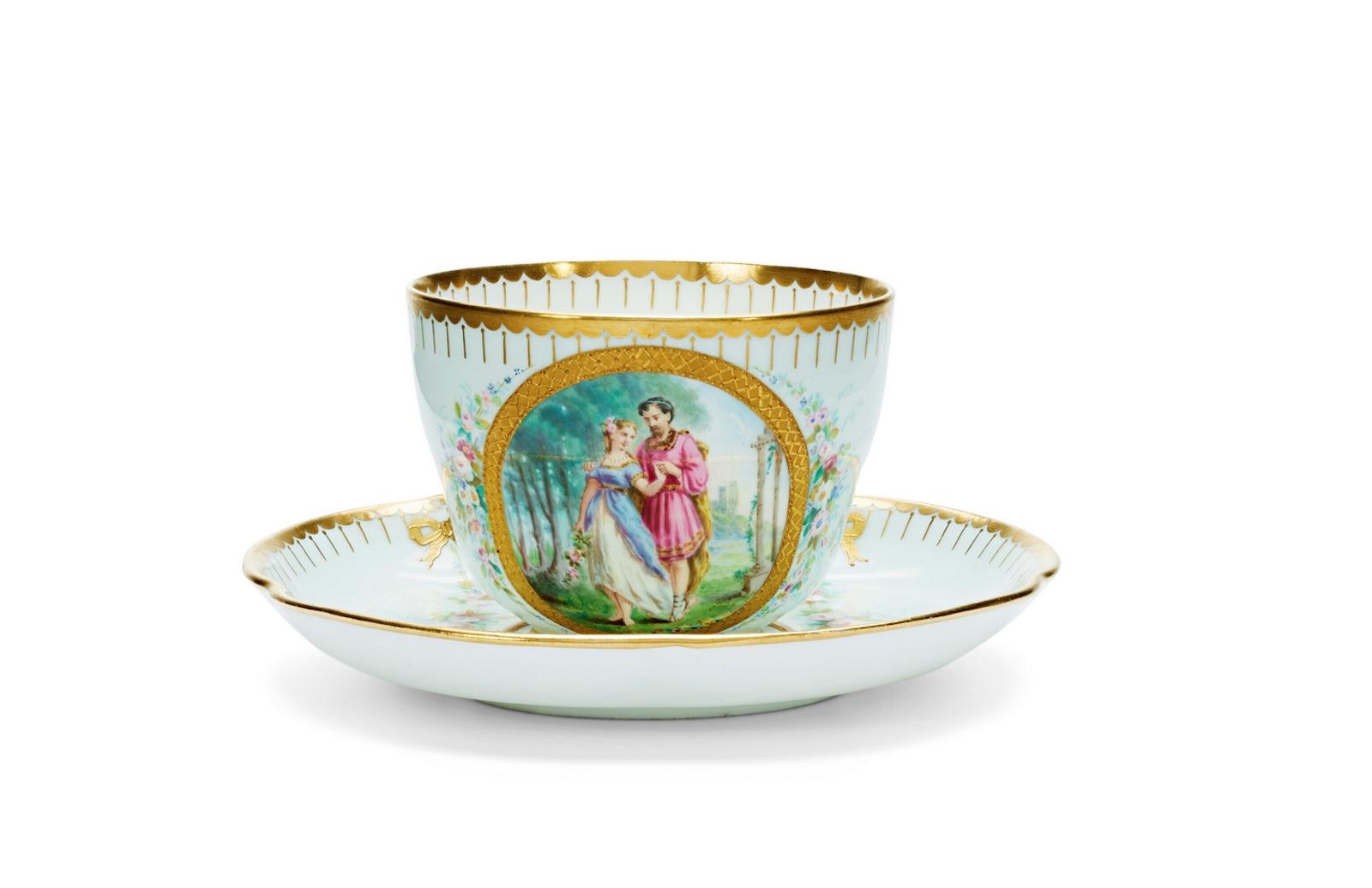 From the Shakespeare Heroines porcelain service

Two of the plates were featured in the Art Journal Catalogue of the International Exhibition 1871, which described them as “graceful and beautiful, and also novel”. It attributes the general design to Daniell and Charles Rowe.' and the portraits to Charles Palmere, a figure painter at Coalport who painted other pieces for the 1871 Exhibition.

The Exceptional Sale starts on January 27 at 12pm EST.