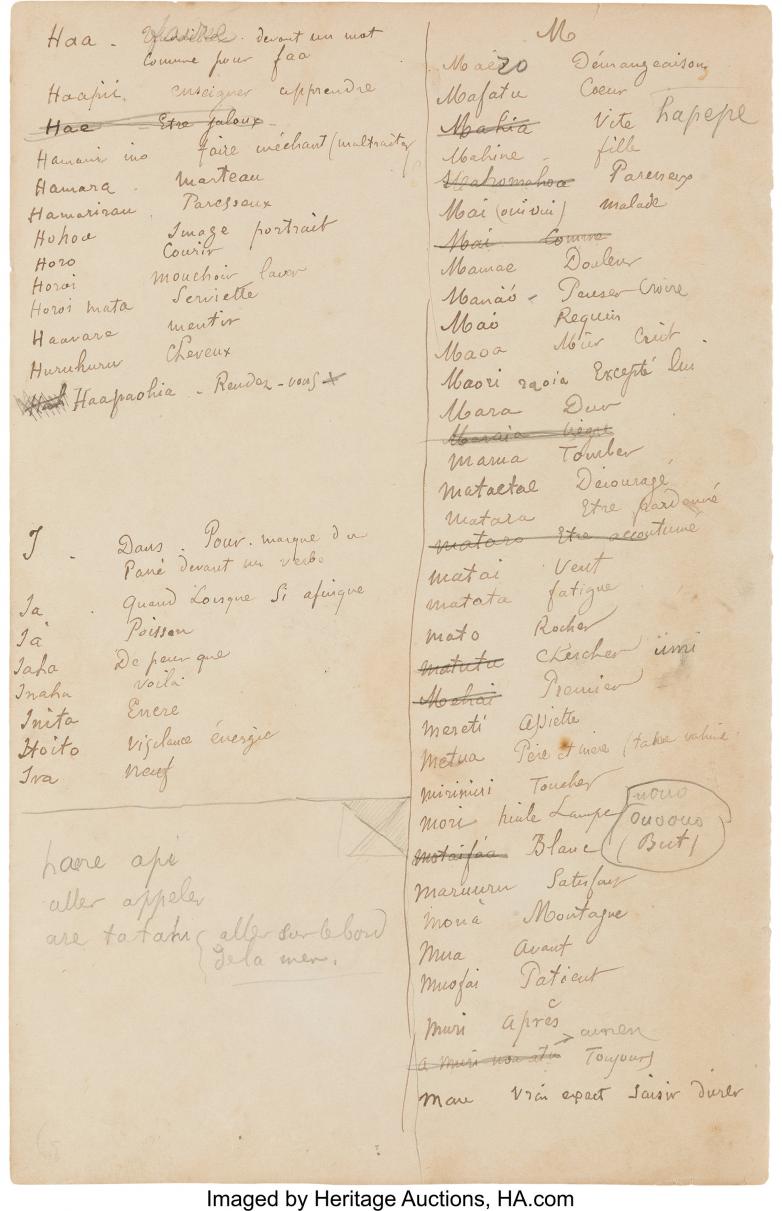 Think of French painter Paul Gauguin, and surely Tahiti will come to mind. He first traveled there in 1891, and though disappointed by the pervasiveness of French colonial culture there, he stayed for two years and tried to immerse himself in island culture. He returned in 1895 and stayed on for another few years. It’s clear from this Tahitian-French dictionary in his hand, which is headed to auction on September 5, that he also tried to learn the language.

The four-page dictionary, which lists approximately 246 Tahitian/Polynesian words and their French translations, will be offered among a strong selection of artists’ letters and sketches known as the Maurice Car Collection of Arts and Sciences at Heritage Auctions in New York. The auctioneer believes the artist “probably created this manuscript during one of the two periods of time he lived in Tahiti.” Examples of the words listed in the dictionary are "Ani" for the French word "Demander" (request) and "Ta ahu" for "Habiller" (dress). Gauguin ultimately gave up on Tahiti, though, moving to the French Polynesian island of Hiva Oa in 1901; he died there two years later.

The opening bid for the artist’s work of lexicography is $4,000. You can read more about the Car Collection in our Autumn Auction Guide.