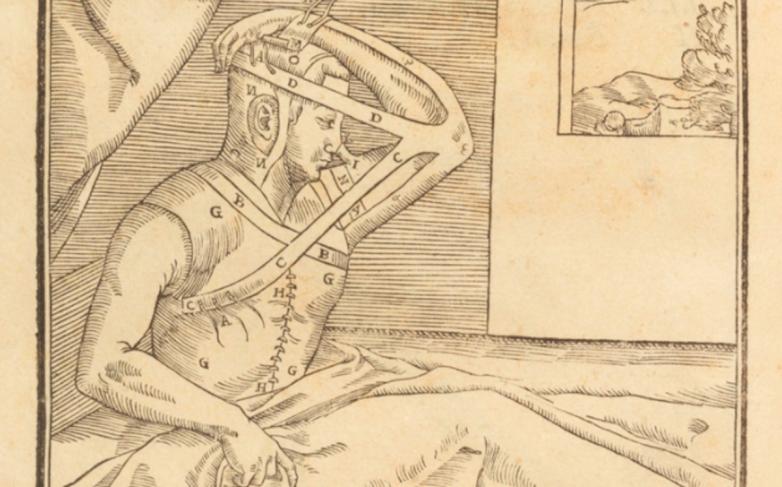 A rare large-paper copy of Gaspare Tagliacozzi's De curtorum chirurgia per insitionem (1597), the first book on plastic surgery, will be offered at Christie's this week.

Collection of a Connoisseur: History in Manuscript, Part 2 at Sotheby's London ends on Tuesday, April 27. The 135 lots include a series of nearly forty letters from Ronald Reagan to Senator George Murphy during and after Murphy's time in the Senate (£70,000–90,000); a September 6, 1918 letter from Chaim Weizmann to General Sir Gilbert Clayton (£20,000–30,000) and a touching 1942 condolence letter written by Winston Churchill to his close friend Pamela, Countess of Lytton following the death of her son in the First Battle of El Alamein (also estimated at £20,000–30,000). Five Oscar Wilde letters to Alsager Vian, the editor of Court and Society Review, could sell for £15,000–20,000. T.E. Lawrence's scrapbook of press clippings, with his annotations, is estimated at £10,000–15,000. 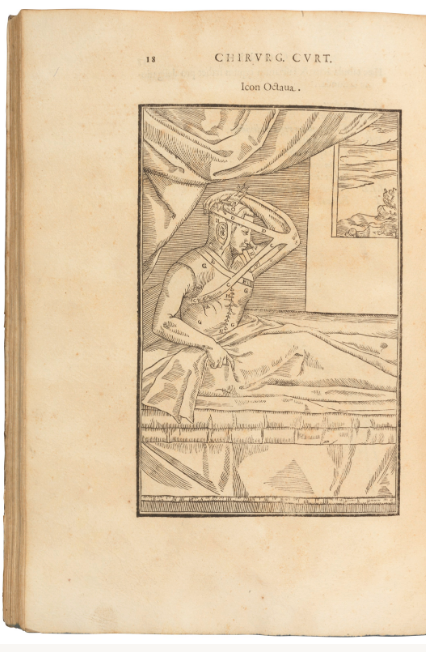 Ending on Wednesday, April 28 at Christie's, Books, Manuscripts, Photographs: From the Middle Ages to the Moon, in 212 lots. A copy of the Nuremberg Chronicle from the library of Michael Abel, with stamped portraits of Martin Luther and Johann Friedrich of Saxony on the binding, shares the top estimate at £30,000–50,000 with a rare copy of Pascal's Lettres de A. Dettonville contenant quelques-unes de ses inventions de geometrie (1659). A very scare large-paper copy of Gaspare Tagliacozzi's De curtorum chirurgia per insitionem (1597), the first book on plastic surgery, in a contemporary binding, is estimated at £35,000–45,000.

Also on Wednesday, Two Autograph Collections at Lion Heart Autographs on 28 April. A John Adams letter as vice president to Dutch editor Jean Luzac, in which Adams pleads for American neutrality, is estimated at $15,000–20,000. A November 1790 letter from Alexander Hamilton to James Madison passing along what may be a draft of his report on public credit is estimated at $8,000–10,000 but bidding has already surpassed that estimate.

Forum Auctions sells 302 lots of Antiquarian and Modern Literature and Illustrated Books on Thursday. A first edition copy of Agatha Christie's The Body in the Library (1942) is estimated at £800–1,200, and a the Kelmscott Press edition of William Morris' The Sundering Flood with a copy of the second edition of the Kelmscott Beowulf could sell for £600–800.

Rounding out the week will be PBA Galleries' sale of California and the West. With Americana – Travel – Maps on Thursday. The 373 lots include a rare complete set of Romeyn Hough's American Woods, formerly in the collections of the Sondley Reference Library of Asheville, NC (estimated at $8,000–12,000). Also available is an extensive and nearly complete run of Sierra Club bulletins from 1893 through 2021 ($5,000–8,000).