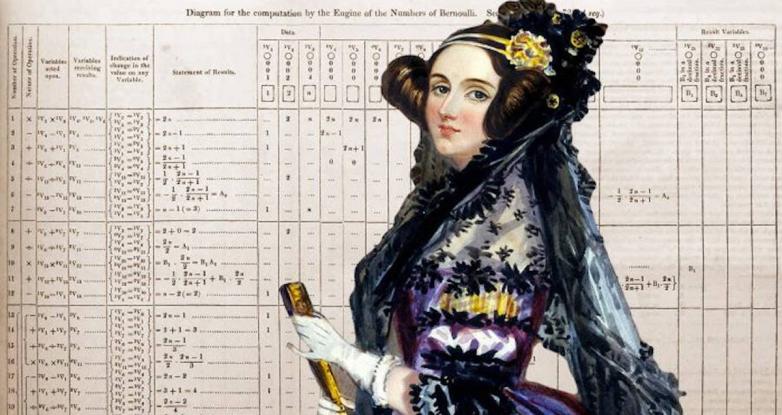 Ada Lovelace (1815-1852) was a renowned British scientist and mathematician (and daughter of the poet Lord Byron).

New York – The Manhattan Rare Book Company is celebrating Women’s History Month by offering for sale a historically significant first edition copy of a mathematical text from the personal library of Ada Lovelace (1815-1852), the renowned British scientist and mathematician (and daughter of the equally renowned poet, Lord Byron). The price is $135,000.

The book, titled An Elementary Treatise on the Differential and Integral Calculus, was originally published in French, in 1802, having been written by French mathematician Silvestre François Lacroix (1765-1843). It was translated into English in 1816, by Charles Babbage and two other students at Cambridge University. The book is Lovelace’s copy from that first English edition. 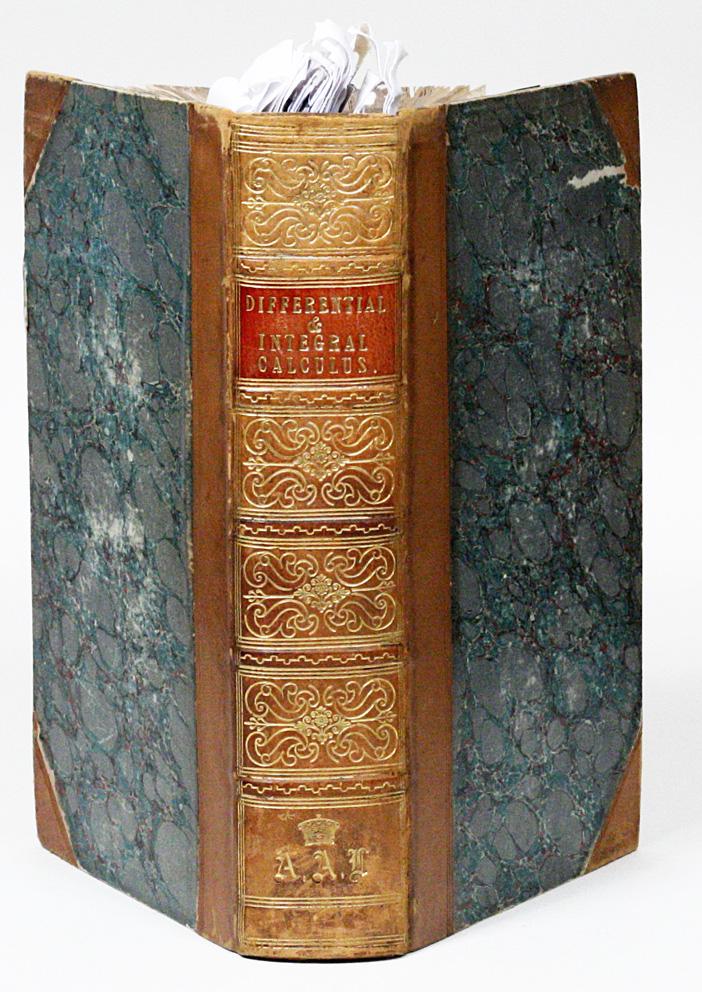 For sale is this 1816 first edition English copy of Ada Lovelace’s personally owned and annotated book, An Elementary Treatise on the Differential and Integral Calculus.

The volume is also Lovelace’s personal annotated copy, with at least 35 ink annotations in her hand, plus nearly 20 pencil annotations in the hand of her tutor, the mathematician Augustus De Morgan (British, 1806-1871). Lovelace’s initials (“A.A.L.”) are shown in gilt on the spine, and the blind stamps of East Horsley Towers (the Lovelace estate) appear on the endpaper and title.

An Elementary Treatise on the Differential and Integral Calculus was the key text driving the advance of English science and logic during the first half of the 19th century. Lacroix was the leading advocate for algebraic analysis in Europe, and his 1802 text epitomized the advanced state of Continental mathematics – a state the Analytical Society sought to promote in England.

The book’s impact in England was substantial. It was a common factor interlinking many of the major players in English science of the period, and it proved to be critical to the intellectual development of Ada Lovelace, whose early education was focused on mathematics. Her mother wasn’t too keen on young Ada following in the wayward poetic ways of her father, Lord Byron.

However, being the daughter of a famous poet allowed Lovelace to move in the upper circles of English society, where she became intimately connected with the intellectual echelon that was driving the transformation of English mathematics and science. It is believed she acquired and read the book between 1840-1843, the most intellectually intense, productive period of her life.

Today, Ada Lovelace is widely recognized as one of the leading female scientists of the 19th century and specifically celebrated for publishing the first algorithm and being one of the first people to envision a general-purpose mechanical computer that could perform tasks beyond mere calculation. As such, she is often regarded as one of the world’s first computer programmers.

The ink annotations are particularly intriguing. They suggest a close reading of the text with an eye to correcting errors. In Charles Babbage’s autobiography, he writes that Lovelace “detected a grave mistake which I had made in the [algorithmic] process” and that “this keen eye for mathematical detail” was similarly evidenced in Lovelace’s correspondence with De Morgan.

The pencil annotations in De Morgan’s hand are marks, symbols or single words, mostly for emphasis, except for two long comments. De Morgan had a very high opinion of his student’s mathematical abilities. In a now-famous letter from 1844, he wrote to Lovelace’s mother, Lady Noel Byron, informing her of her 28-year-old daughter’s progress and potential in mathematics:

“The power of thinking on these matters which Lady L[ovelace] shewn from the beginning of my correspondence with her, has been something so utterly out of the common way for any beginner, man or woman, that this power must be duly considered by her friends, with reference to the question whether they should urge or check her obvious determination to try not only to reach but to get beyond, the present bounds of knowledge... Had any young [male] beginner, about to go to Cambridge, shewn the same power[s], I should have prophesied ... that they would have certainly made him an original mathematical investigator, perhaps of first-rate eminence.”

As for Babbage, Lovelace first met him when she was just 18 and their friendship and interaction strengthened over the years. Babbage might have married Lovelace but Lady Byron insisted Ada not only marry rich but also nobly. In 1843, she translated and annotated Menabrea’s Sketch of the Analytical Engine Invented by Charles Babbage, Esq., the work she’s most remembered for.

Although De Morgan and Babbage recognized Lovelace’s talents, memory of her achievements faded after Babbage‘s death in 1871. It was only in the 1950s that Alan Turing “rediscovered” her and brought her legacy back into public awareness. Although many books have been written about Lovelace and her life, even now her scientific work remains under-explored by academics. Lacroix’s text was central to the intellectual development of an important, tightly connected core of 19th-century English scientists – a coterie of luminaries whose work was in large measure responsible for the birth of our digital age. This copy, owned and carefully read by Lovelace, places her firmly within this distinguished group and attests to her vast mathematical expertise. Unknown to scholarship until just recently, the book for sale through Manhattan Rare Books is a seminal addition to the historical record of Lovelace’s life. The volume both illuminates the background and context in which Lovelace created the very first algorithm and offers future researchers a significant new source of insight into the mind of “the first computer programmer.”

In addition to An Elementary Treatise on the Differential and Integral Calculus, Manhattan Rare Books also has ten other scientific/mathematical volumes for sale from Ada Lovelace’s library.

The Manhattan Rare Book Company is located at 1050 Second Avenue (Gallery 90) in New York City. The firm is always in the hunt for rare and important books, especially ones having to do with literature, history, science, art and photobooks, and illuminated manuscripts. To inquire about buying or selling a rare book, you may call them at 212-326-8907; or, you can email them at info@manhattanrarebooks.com. To learn more, please visit www.manhattanrarebooks.com.