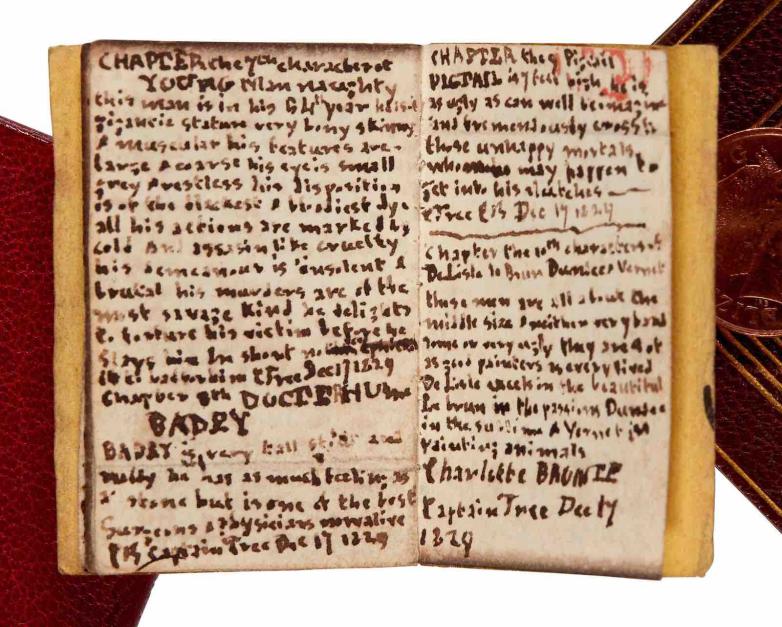 A miniature Charlotte Brontë volume, leaves from Sir Walter Scott’s Kenilworth, and Emily Brontë’s notebook of her poems are among items now available to view online.

The Blavatnik Honresfield Library is a unique collection of literary manuscripts and books put together in the late 19th century. It was bought last year with funds from the Friends of the National Libraries, as reported in detail in our summer 2022 issue, and its contents divided to appropriate homes in museums and libraries around the UK.

The British Library received 102 printed books, four manuscript items, and the William Maskell chapbook collection. The manuscripts have now been fully digitized and images can be found at the BL’s Archives and Manuscripts catalogue:

A selection of books and manuscripts from the Blavatnik Honresfield Library is on display in the Treasures Gallery at the British Library in London until February 19, 2023. It includes a leaf from the Kenilworth manuscript, the letter from Charlotte Brontë, Emily Brontë’s poetry notebook together with her own copy of Poems (1846), and two of the chapbooks from the William Maskell collection of 800 late 18th and early 19th century chapbooks collected by the liturgical scholar.