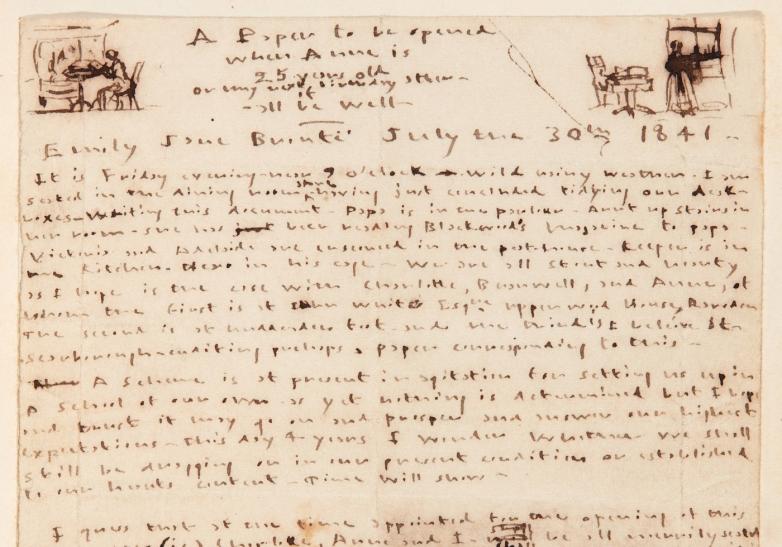 London – Earlier this year, Sotheby’s announced that the manuscripts, first editions, letters and bindings that make up the legendary Honresfield Library -- assembled with passion by self-made Victorian industrialists William and Alfred Law at the turn of the 20th century -- were to be offered at auction in a series of three sales starting in July 2021. Working together with the UK charity Friends of the National Libraries (FNL), Sotheby’s then agreed to postpone the commencement of the auctions to allow for negotiations for the entirety of the library to be acquired by a consortium of institutions for the nation.

Following the appeal to public and private donors over the course of the past few months, FNL has successfully raised over £15 million to purchase the library for the nation. FNL will donate all of the manuscripts and printed books to the relevant national, university and specialist collecting institutions, ensuring that as many people as possible can enjoy this treasure trove of English and Scottish literature. Details of the manuscripts that will be donated to each institution will be announced soon, as will plans for digitisation, exhibitions, education and outreach and also research projects.

Dr Gabriel Heaton, Sotheby’s English Literature & Historical Manuscripts Specialist, said: “This is a collection like no other that has come to market in recent decades. It preserves the original words of some of our greatest writers, from Robert Burns finding his poetic voice, to Jane Austen anticipating a proposal at a ball, to powerful romantic verses by Emily Brontë. It has been a great privilege to represent the family who have been careful custodians of these remarkable treasures ever since they were collected in the late 19th century. We were amazed and delighted at the incredible ambition of the FNL’s plan to acquire the whole library, and they deserve every credit for bringing their campaign to a successful conclusion. Their success is a testament to what can be achieved by the collaboration of public institutions and private collectors.”

The family of the original collectors, who had been the custodians of the library prior to the acquisition, said: "We are delighted that the Library is to remain in the UK and as the property of the nation with many of the books and manuscripts returning to their birthplaces for all to see and enjoy.”

FNL, and its consortium of libraries and writers’ houses, are profoundly grateful to their lead donor Sir Leonard Blavatnik who has match-funded the sum raised by FNL and the consortium institutions. He has donated half the purchase price. In recognition of his great generosity the collection will henceforth be known as the Blavatnik Honresfield Library. It is an extraordinary donation, the largest ever given to the UK  by an individual for a literary treasure.

This acquisition has also been made possible thanks to the vital and generous support of the National Heritage Memorial Fund (NHMF). The NHMF’s grant of £4 million is the largest it has ever awarded towards the acquisition of literary manuscripts since its foundation in 1980.