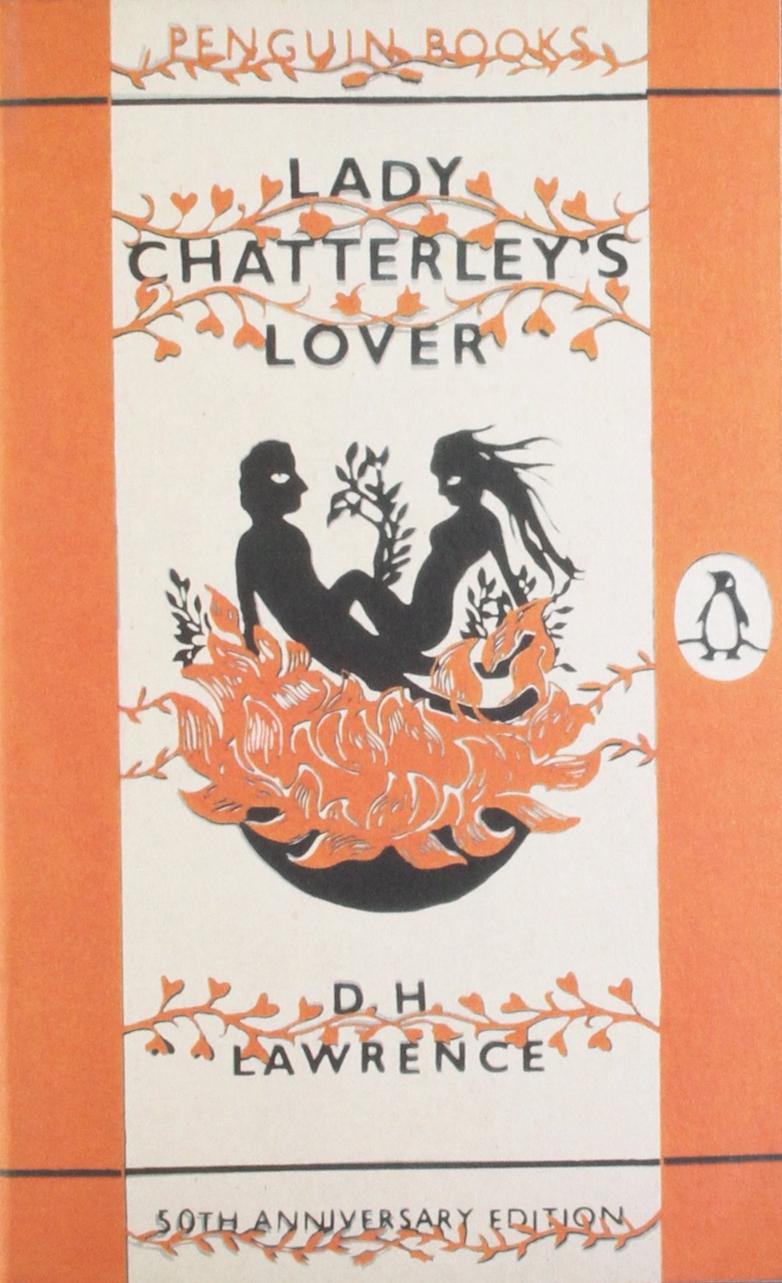 Penguin Classics are publishing in early November a special edition of the novel that changed British society exactly 50 years ago: Lady Chatterley's Lover. Despite the fact that the Grove Press authorized and unexpurgated edition had already been published, banned, and successfully appealed in the States, the British government decided to use the proposed UK publication by Penguin as a test case for the new Obscene Publications Act.

Penguin famously won their case, having assembled some 35 witnesses who testified in court, with as many more in reserve; having approached at least 300 authors, publishers, lawyers, politicians, doctors, churchmen, teachers, professors and even a student or two.

The book's publication—and subsequent sales over the next few months running into the millions (the first reprint required the combined efforts of five printers, one of which was in the Netherlands) heralded a complete cultural shift in the UK. Strange indeed that a 1928 novel by a long-dead author could have this profound effect.

The new edition is published with my essay looking at the background to the trial, as well as a timeline detailing the convoluted publishing history of the book. Geoffrey Robertson QC, a distinguished human rights lawyer and judge, has written a further essay detailing the legal aspects of the case and its aftermath. A number of original letters and documents from Penguin's editorial archive are also reproduced as facsimiles.

I had researched and compiled a celebratory book for Penguin in 1995 for their 60th anniversary, Penguin Portrait, that was based on that editorial archive held at Bristol University Library. The archives are filed by book number, and it had been everyone's habit to make a beeline for 1484, the Lady Chatterley's Lover file. It was a disappointment for anyone looking there: merely a couple of letters from the Guinness Book of Records requesting details of sales to date.

Close to my deadline, I was contacted by Michael Rubinstein, who had been Penguin's lawyer. He suggested I met him and I kept putting it off as my deadline drew closer. Eventually I was in London and went to meet him at his Gray's Inn chambers, which his family had occupied since they were first built perhaps two centuries previously. He was the last lawyer in the Rubinstein family, and the practice was closing down. It was undoubtedly a difficult and emotional time for him.

We chatted for a while, mostly about Lady Chatterley—he had organized the entire defense for Penguin, and after a while he nudged a pile of boxes by his foot; 'I don't know what to do with these,' he said. There is an obligation to keep trial papers for a certain period, but then they are usually destroyed; he had kept every document relating to the trial, and now was looking for a permanent home for them. I suggested the Penguin archive at Bristol, and he simply handed them over. In the taxi with these three boxes of books, I looked in side, and starting pulling out letters from Graham Greene, E.M. Forster, T.S. Eliot, Somerset Maugham, Robert Graves, Evelyn Waugh, Stephen Spender, Lawrence Durrell, C Day Lewis - the list was endless - even Enid Blyton was approached as a possible defense witness. I realized that I had a treasure trove, both in terms of the content of these boxes and their market value - and he had generously simply entrusted them all over to me. They are all in Bristol now of course, and I have picked some of the best letters and documents to reproduce in the anniversary edition.

The cover design is based on the original 1960 Penguin edition - updated a little and rather attractive. The trial was a huge event in Britain, and had a seismic effect over the coming years—it was the fuse that lit the Sixties touchpaper—and a big risk for Penguin at the time; they had undertaken the publication in the first place in defense of various principles; the profit motive was entirely secondary, but no doubt very welcome.

Many thanks to Steve for this. You can read more about him and the anniversary at the Guardian. To order a copy of the new Penguin Classics edition of Lady Chatterley, visit Amazon.co.uk.