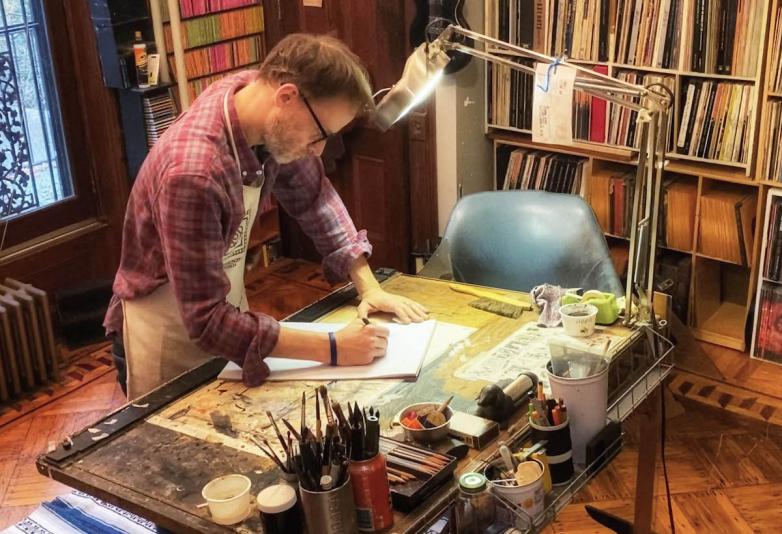 Artist George Cochrane at work on his illuminated Dante manuscript.

For seven years, Brooklyn artist George Cochrane has worked on a contemporary illuminated manuscript of Dante’s Divine Comedy—all 350,000 characters of the epic poem, plus illustrations, in the original Italian. 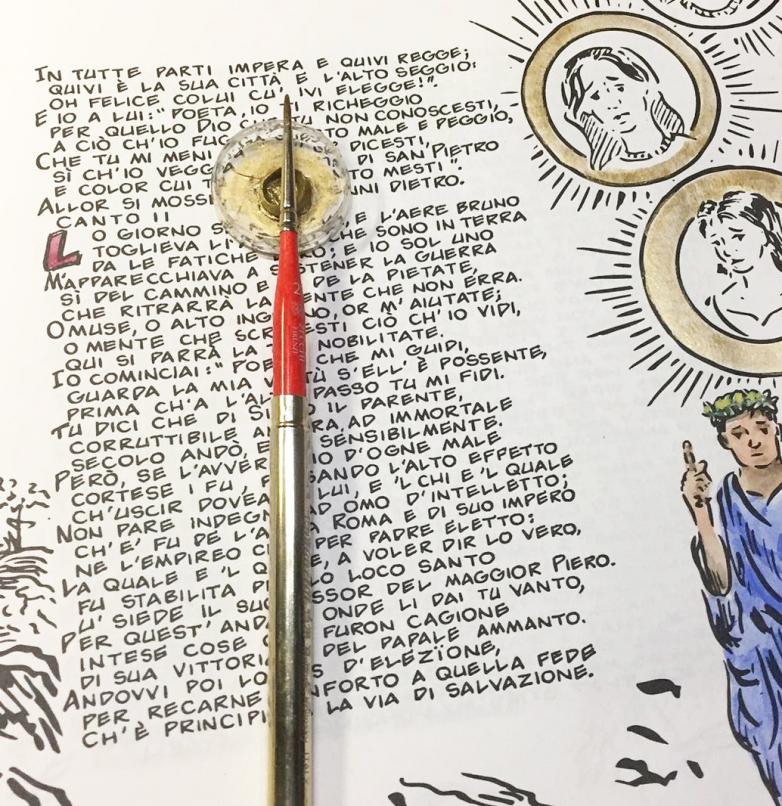 A completed page from the manuscript, with one of Cochrane's brushes.

“I stand in awe at the work it has taken to get to this point,” writes Giovanni Scorcioni, his collaborator in publishing a deluxe limited edition of the final product.

Scorcioni is the founder and owner of Facsimile Finder, a company in Italy that sells facsimiles of medieval manuscripts. In 2016, he met Cochrane and learned about his daunting work-in-progress. “George was an artist on a life mission. He also had an intense passion for Dante and the Divine Comedy, similar to that of my fellow Italians,” writes Scorcioni. Cochrane was hopeful that Facsimile Finder would publish the manuscript he intended to complete. Primarily a bookseller and not a publisher, Scorcioni was ambivalent, but Cochrane’s devotion won him over.

Cochrane had previously worked on a hand-lettered and illuminated letterpress edition of Inferno with Thornwillow Press, so he understood the nature of the meticulous work. According to Scorcioni, the artist “kept to a rigid schedule like a medieval monk,” while the team at Facsimile Finder began planning for publication in 2021 when Italy would be commemorating the 700th anniversary of Dante’s death. 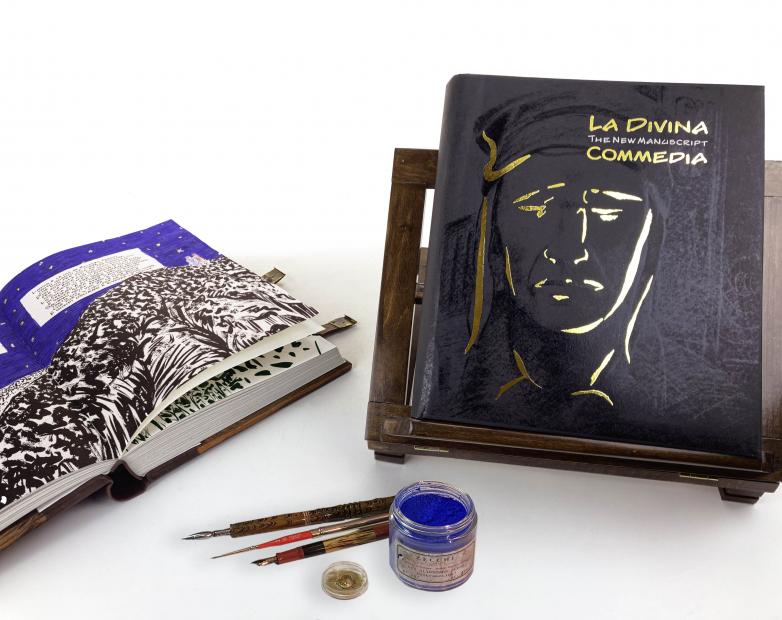 A prototype of the edition being produced by Facsimile Finder.

In mid-March they took the project to Kickstarter, where it was fully funded in less than six minutes. They offered four different editions, as well as related artwork, starting at $80. Two backers chose the Empyrean Edition at $10,000; Cochrane wrote to supporters on March 16, “as far as we know that's the SINGLE MOST EXPENSIVE BOOK ever offered on Kickstarter.”

Although they have already raised more than $260,000, the pledge page remains open, so there’s still a chance to participate. The books will be printed in Italy and San Marino.

“For me and my team, we have ventured out to try and publish our very first volume,” writes Scorcioni. “It has truly been a journey like none other.”