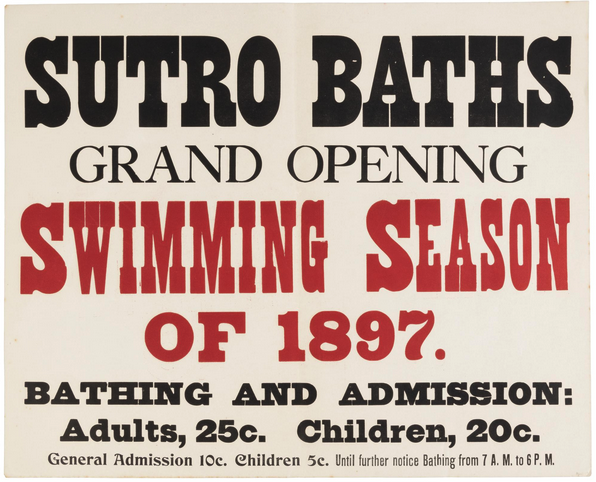 Happy New Year! We are in the midst of a holiday quiet period in the sale rooms, but there's still at least one sale to watch this week, and a bit of December housekeeping to note. In my post for the week of December 12 I noted the scheduled sale on December 13 of the Van Sinderen copy of the first official printing of the U.S. Constitution: just hours before the sale it was postponed, "to provide interested institutional parties with additional time to pursue fundraising efforts for a possible acquisition." More on that as we get it.

At PBA Galleries on Thursday, January 5, 509 lots of Books in All Fields – with Literature, Americana, Maps, Art, Graphics & Golf. All are being sold without reserve with a $10 starting bid. This sale includes a copy of a small broadside edition of the April 18, 1906 proclamation by the mayor of San Francisco issued in the wake of the earthquake and fire. In this proclamation mayor E. E. Schmitz announced that he had authorized the killing of "any and all persons found engaging in Looting or in the Commission of Any Other Crime," and requested a dusk-to-dawn curfew every night. Schmitz also warned that residents should "expect the city to remain in darkness for an indefinite time," due to the state of the gas and electrical lines. Also of local San Francisco interest are seven colorful lithographic posters advertising the Sutro Baths.

Other lots include Henry Seebohm's self-published History of British Birds, with Coloured Illustrations of Their Eggs (1883–85), with 68 chromolithographs; a copy of the Colophon Press edition of John Fowles' Behind the Magus (1994) signed by Fowles; an early 1850s map of the American west; and a number of shelf-lots and author collections of Black Sparrow Press publications (lots 14–26). For the ballooning collection, lots 118–150 will certainly be of interest.