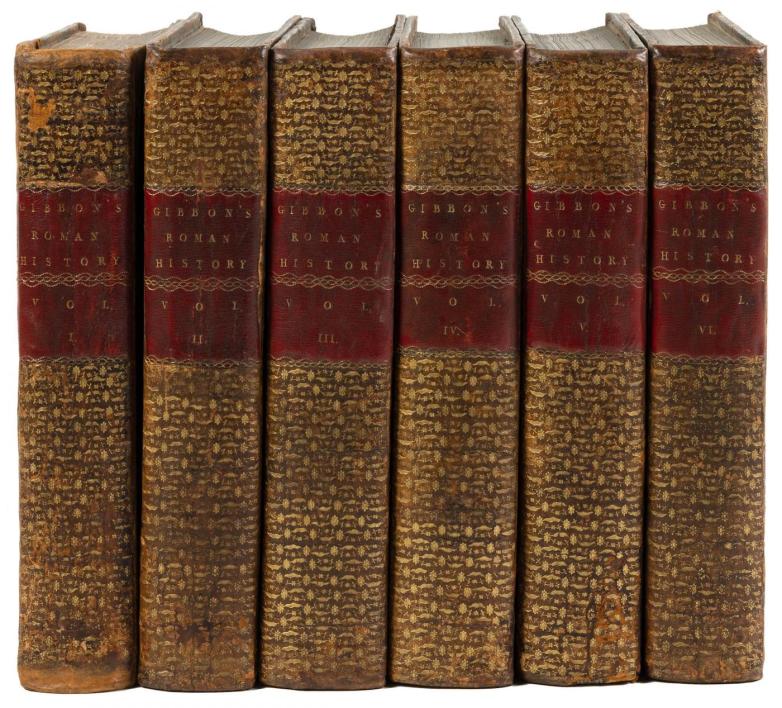 Berkeley, CA — On September 8, 2022, PBA Galleries will host a sale with 107 lots of rare, valuable, important, and profoundly interesting material in all fields. These range from a first edition of the King James Bible to the foundation of Game Theory, with classics from Homer, Aristotle, Virgil and the pre-Socratic philosophers. Landmarks of science by Kepler, Darwin and Einstein are also available, as well as travels through the interiors of North and South America, rare manuscripts and ephemeral printings from Mexico, finely bound sets, high spots of literature, and much more.

A highlight of the auction is the Great “She” Bible, a first edition, second issue of the King James Bible from 1613-1611. It is a rare, complete copy including the elaborate woodcut historiated title pages for both the Old and New Testaments, wood cut initials headpieces and genealogical tables, and a double-page engraved map by John Speed ($60,000/90,000).

Another notable offering is Edward Gibbon’s Decline and Fall of the Roman Empire, in 6 volumes from 1776-1788. It was the most celebrated historical work in English literature covering the Roman Empire from the 2nd Century A.D. to its collapse in the west in the 5th Century and in the east in the 15th Century. It is an exceptional set bound in period tree calf, with all volumes in the first edition ($30,000/50,000).

A featured lot is a rare official contemporary copy of the Japanese Instrument of Surrender signed aboard the USS Missouri in 1945. This period copy is printed on the rectos of 8 leaves of U. S. Army watermarked “parchment” paper. This document marked the end of the seminal armed conflict of the 20th century ($20,000/30,000).

A first edition of the groundbreaking and supremely influential Theory of Games and Economic Behavior by John Von Neumann and Oskar Morgenstern, from 1944 also graces the auction. It is a presentation copy inscribed and signed by Morgenstern with the often lacking Corrigenda slip tipped in at the end of the table of contents ($20,000/30,000).

A spectacular copy of Darwin’s Origin of Species in the second edition and second issue is also being offered. It is in the original green cloth, bright, fresh, and very fine – exceptionally sharp and crisp ($20,000/30,000).

First edition of the first English language translation of Tao te Ching by Lao Tzu, published in 1868, inscribed by the translator John Chalmers, a foundational Chinese classic. Chalmers was a missionary who saw his translation as part of his evangelical strategy. His notes and translation choices provide unique insight into the cultural encounters between western and eastern philosophies ($12,000/18,000)

Other featured lots include Alexander Wilson’s American Ornithology with 76 hand-colored engraved plates ($12,000/18,000); Lyrical Ballads, with Other Poems, by William Wordsworth, 2 volumes in a full morocco Doves binding, the first complete edition, with the first issue of the second volume ($10,000/15,000); Oscar Wilde’s The Happy Prince, first edition, one of 75 copies signed by Wilde and with plates by Walter Crane in two states ($10,000/15,000).