NEW YORK, NY -- On Tuesday, November 7, 2017 at 10am, Doyle will hold an auction of Rare Books, Autographs & Maps. The sale offers material ranging from early illuminated manuscripts to modern literary first editions. Categories include Americana; early printing; illustrated books of all periods (including atlases and color plate books); fine printing and private press books; important bindings (both bound sets and individual remarkable examples of the bookbinder's art); literature of all periods, both English, American, and European; science and technology; travels and voyages; children's and illustrated books; and a diverse range of interesting books in all fields. Original illustration art for books and magazines is also included in the sales, as well as early maps of all regions. Autographs offer letters and documents by major American, English and European figures in literature and the sciences, as well as historically important documents, including Presidential letters and material relating to the Founding Fathers.

The Enigma 1 machine was used by the German Wehrmacht and Luftwaffe during World War II to encode orders and instructions, using a complex system of rotors and patch cables. The German High Command believed the Enigma cipher to be totally secure; British cryptographers at Bletchley Park under Alan Turing were able to break it, giving Britain and its allies a huge military advantage that may have shortened the War by two years. The example in the sale is from a Private Minneapolis Collection (est. $80,000-120,000).

An American color-plate rarity and one of just eight copies known of this issue, the 1845 New York edition of George Catlin’s North American Indian Portfolio was pirated from the English edition by New York lithographer James Ackerman, whose aim was to garner recognition for American artists and to encourage continuing the production of such works on native soil (est. $100,000-200,000).

The publication of The Temple of Flora, [1799]-1807, ruined its author and publisher, Robert Thornton, but the extravagance that financially doomed the project resulted in the greatest of all English flower books. The copy in the sale has thirty superb floral plates, all imbued with a thoroughly Romantic aesthetic, and is an unusually complete example, with all of the five frontispieces in colored state (est. $60,000-80,000).

An early letter from George Washington to his brother-in-law Burwell Bassett is dated 9 August 1759, just 8 months into his first year of marriage to Martha Custis. The letter regards the procurement of items for Mount Vernon and other matters, mentioning Mrs. Washington twice in addition to other notable Virginians of the period associated with Washington, including William Mercer, Henry Churchill and Colonel George William Fairfax (est. $15,000-20,000).

British surveyor John Montressor’s A Plan of the City of New-York was produced in secret for the purpose of mounting defenses of British strongholds as the Stamp Act Riots engulfed New York. The 1767 first edition is quite scarce and precedes the better known “Ratzer Plan” of the city by two years. It is property of a New York Collector (est. $8,000-12,000).

END_OF_DOCUMENT_TOKEN_TO_BE_REPLACED 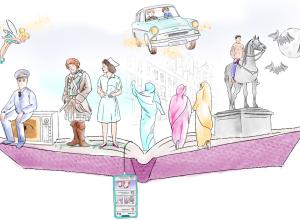