A "Zamorano 80" Collection Heads to Auction in CA 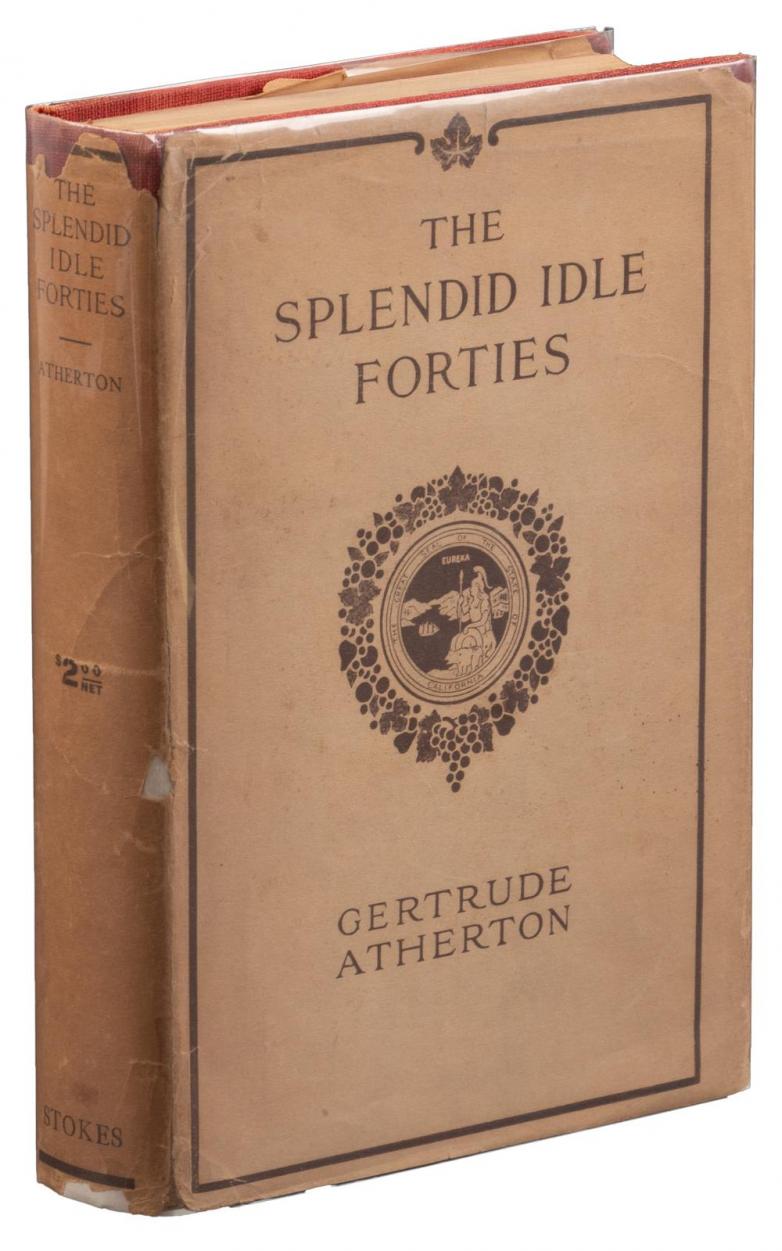 Gertrude Atherton's The Splendid Idle Forties (1902) is listed as #1 on the famous "Zamorano 80" list of collectible books.

Collectors focusing on the Golden State often point to first editions of the Zamorano 80 as their collective black tulip--that carefully curated list of books created in 1945 by the Zamorano Club deemed most significant to the history of California. Founded in 1928 and named in honor California’s first printer, Agustin Vicente Zamorano (1832-1833), the club’s members initially hoped to identify 100 volumes but could only agree on eighty. Among the books to make the list include The Life and Adventures of Joaquín Murieta (1854), considered one of the rarest of them all and often one of the determining factors in whether a collection is complete or falls just short.

Even the Zamorano Club does not have a complete set of 80s, and only four individuals have completed their collections: Thomas Streeter was the first--his books were sold at auction between 1966 and 1969. Frederick Beinecke completed his run by buying Streeter’s Joaquin Murieta and immediately gave his collection to the library named after his family at Yale University. Today, the Beinecke remains the only institution to possess a complete set of firsts. Henry Clifford was the third Zamorano 80 completist, and his collection was sold at auction in 1995. The most recent complete collection was assembled by Daniel Volkmann, whose Zamorano archive fetched an impressive $883,608.25 at auction in 2003.

What’s on the list? The entire Zamorano 80 may be consulted here.

Bibliophiles may also recall that Stephen Blumberg, the notorious book thief whose deeds and trial are chronicled in Nick Basbanes’ A Gentle Madness--a book celebrating 25 years in print in 2020--set a personal goal of acquiring every book listed on the Zamorano 80. (He did not succeed.)

Next week, PBA Galleries is holding an Americana auction including the Robert M. Ebiner Zamorano 80 Collection. The Los Angeles-based bibliophile managed to acquire 57 of the coveted 80, which are listed in the auction as lots 319 through 376. No, there isn’t a copy of the Joaquín Murieta, but there is plenty here to entice Zamorano 80 chasers.