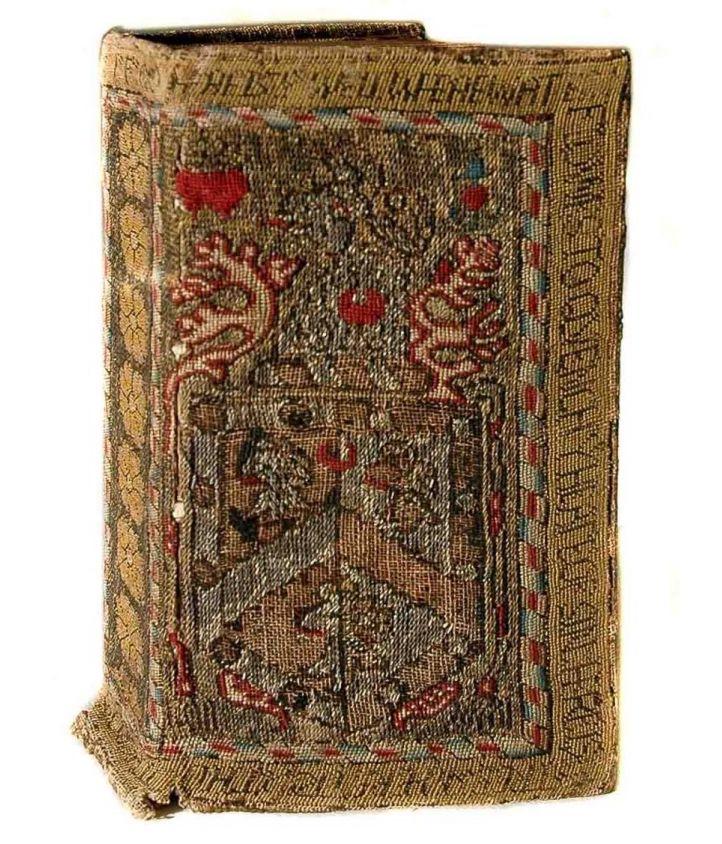 Last week and into the weekend, book collectors experienced the ‘new normal’ in antiquarian book fairs: virtual book fairs. Marvin Getman opened his on June 2 and allowed browsers to search by keyword or by bookseller, with each bookseller posting up to a dozen items each. It was a good start, and one of things I most liked about this format was that it seemed to bring in smaller booksellers who might never have the chance to exhibit on a ‘national’ scale.

Timely material seemed to be the catch of the day. Walkabout Books sold an eyewitness account in manuscript of the Cincinnati Courthouse Riots of 1884; Alexander Rare Books offered for $100 a signed first edition of Colson Whitehead’s Pulitzer Prize-winning novel, The Nickel Boys (2019); and Pages for Sages featured a first edition of 1665’s Brief Treatise of the Nature, Causes, Signes, Preservation From, and Cure of the Pestilence for $2,000.

The other items that stood out (to me) were:

Wyoming Mercantile was offering one of two original “blues copies consisting of eight loose prebound gathers, sometimes called a ‘check copy before publication” of John Dunning’s Deadline (1995) for $2,000, signed in a slipcase. This was the publisher’s copy, the other having gone to the author.

Also loved seeing the single unused sheet of Hartford Accident and Indemnity Company letterhead stationery from the desk of Wallace Stevens that Honey & Wax Booksellers was offering for $350.

The ABAA’s virtual fair opened on June 4. There were more booksellers and more items per bookseller here, which felt more ‘fair-like’ but could also be overwhelming after a couple of hours of clicking around. The “Under $500 category” was a great idea, as were the images of individual booksellers/logos at the top of each page to ‘welcome’ browsers to their booth. 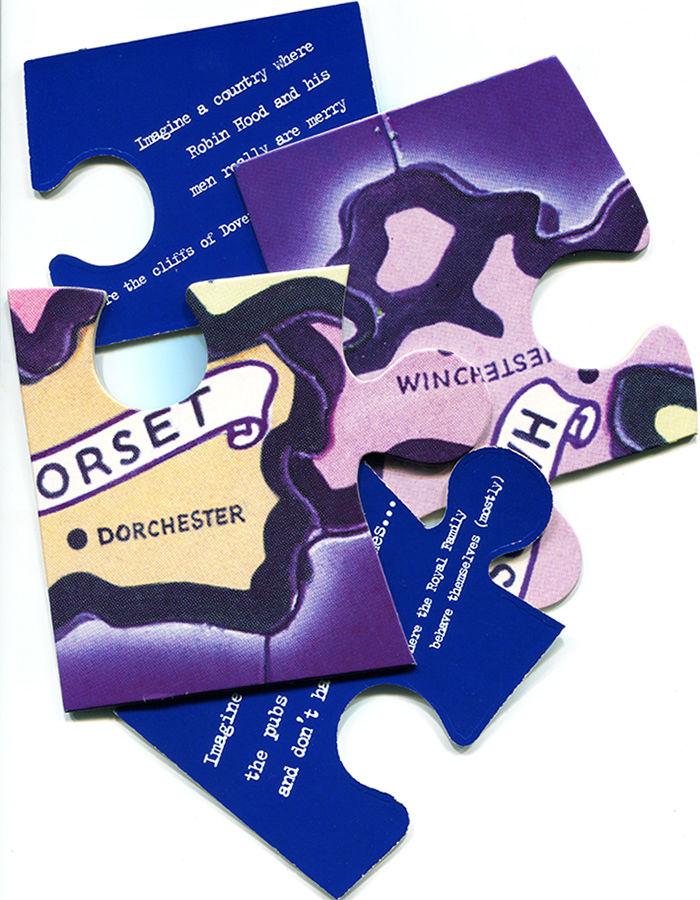 Quill & Brush offered this vibrant promotional advertising puzzle for Julian Barnes’ 1998 novel, ENGLAND, ENGLAND, together with a correspondence card signed by the author. It was priced at $300.

Another neat piece of literary ephemera, offered by Downtown Brown Books (owned/operated by Scott Brown, former editor of Fine Books), was a signed Ray Bradbury baseball bat, made in the 1950s, for $500. “Even Bradbury collectors who have everything probably don't have this. I give it a 9 out of 10 on the cool scale.” Me too!

With Nick Basbanes’ new book so prominently in mind, it was cool to see the four-page Longfellow manuscript of “The Children’s Hour” (now laid into a red morocco gilt binding) showcased by James Cummins for $12,500.

And who couldn’t help but love a presentation first edition of the 1981 book, Of Muppets & Men: the Making of the Muppet Show signed by “Kermit the Frog - Jim & Dave & all the gang” to Milton Berle? It was on offer for $5,000 at Hollywood’s Mystery Pier Books. 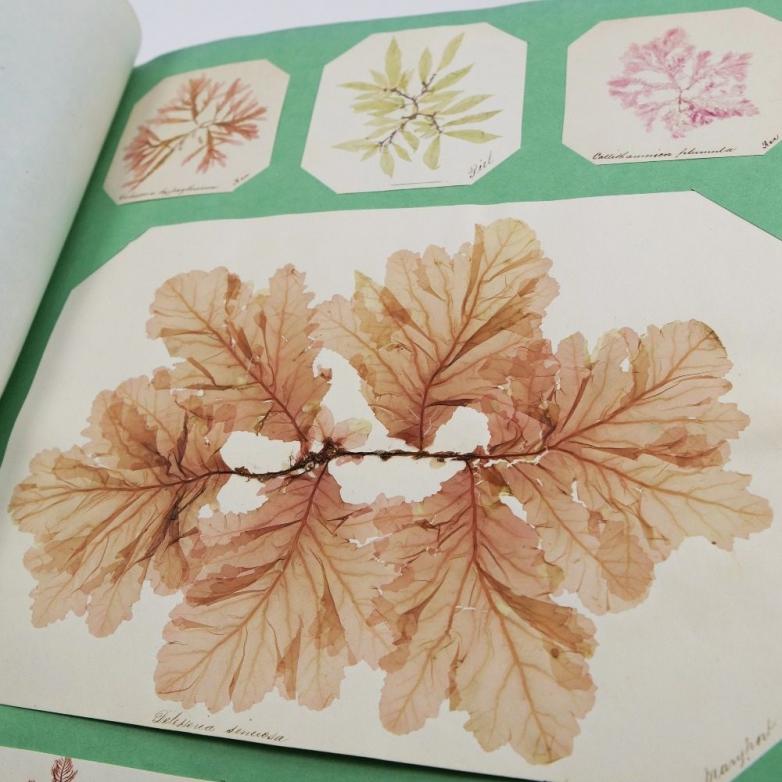 Last, but not least, Firsts London launched its fair on June 5 and runs for a full week. There were initial web traffic difficulties — too many collectors logging on and swamping the system, perhaps not a terrible thing in the long run? But once that was settled, we could dig into the mostly English/continental offerings seamlessly.

At Alembic Rare Books, I swooned over the Victorian seaweed album pictured here at left, “the finest we've ever handled,” said the bookseller. From the mid-nineteenth century, it contains 80 specimens and is bound in green morocco with elaborate gold tooling and attractive, gilt patterned endpapers. It was priced at £2,500.

Another neat offering: Harrison-Hiett Rare Books had an original copper engraved plate after an illustration by W. Heath Robinson for the front cover of The Giant Crab and Other Tales from Old India by W.H.D. Rouse, produced for the 1897 Nutt edition, for £225.

The picture seen at the top of this post is the gorgeous, seventeenth-century embroidered binding with an armorial design offered by Maggs for £15,000, who called it a “rare example of one incorporating a text as part of the design.”

Next up: the Rose City Virtual Book Fair opening later this week.