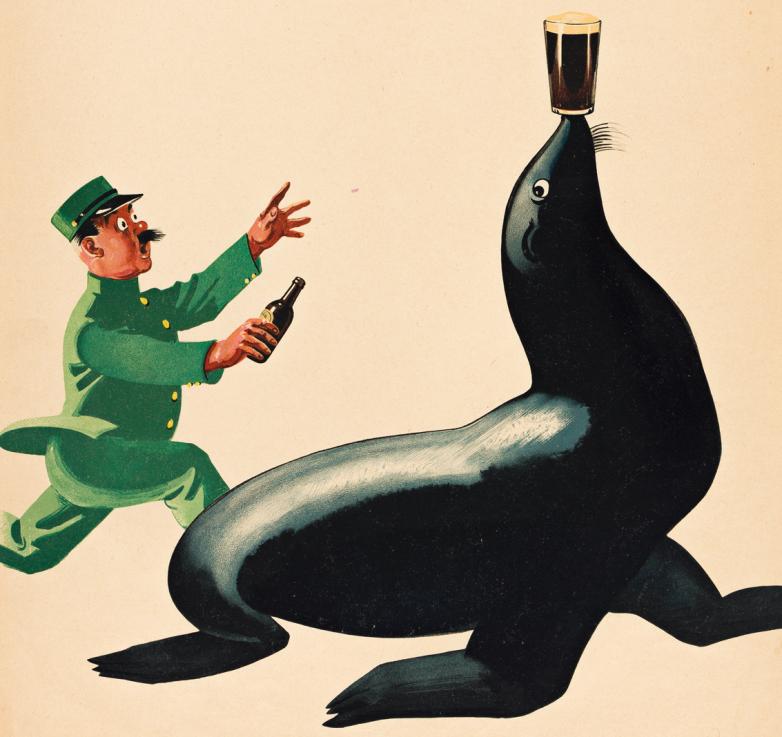 A vintage Guinness poster depicting a sea lion balancing a pint of stout on its nose is one of more than twenty Guinness posters headed to auction on February 18.

Travelers to Dublin are bound to see signs for Guinness beer just about everywhere they turn. But these posters and placards, at least the older ones, are more than that; they are eye-catching, funny, even literary, and they showcase some of the best art in advertising.

Since most of us are mere armchair travelers right now, a spin through a selection of 26 vintage Guinness posters heading to auction later this week will have to do — and if you’re in the market, you can nab one just in time for St. Patrick’s Day. 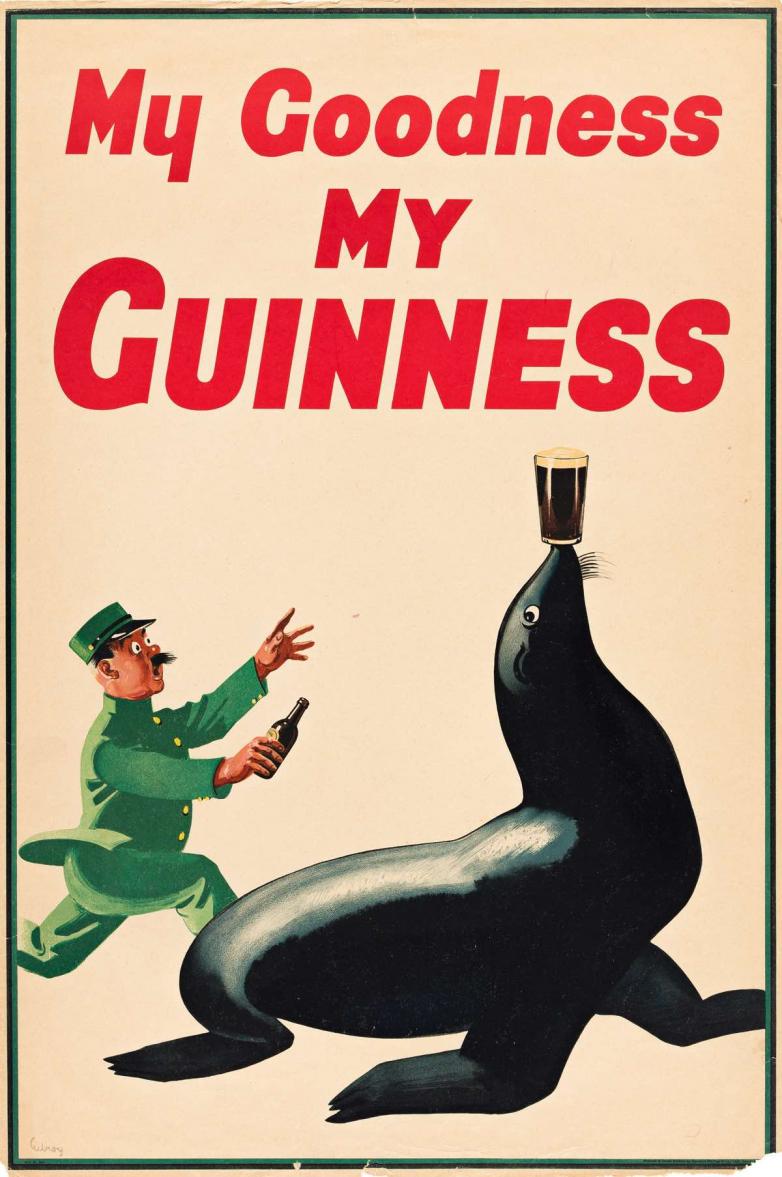 Many of the posters in this collection were designed by John Gilroy (1898-1985), who worked for the Irish brewery from 1928 to the 1960s. According to the company, Gilroy was inspired by a sea lion that he believed was smart enough to balance a pint of stout on its nose. That was the concept behind the long-lived “My Goodness, My Guinness” campaign. His 1935 sea lion poster is among those offered at Swann, estimated at $700-1,000, as are other Gilroy animals, including a toucan, an ostrich, and a turtle who encourages you to “Have a Guinness when you’re Tired.”

The toucan became especially iconic with the “Guinness-a-day” campaign. “That fans still adorn their walls with this poster today is a testament to the creative relationship between Gilroy and Guinness,” according to the company’s website. 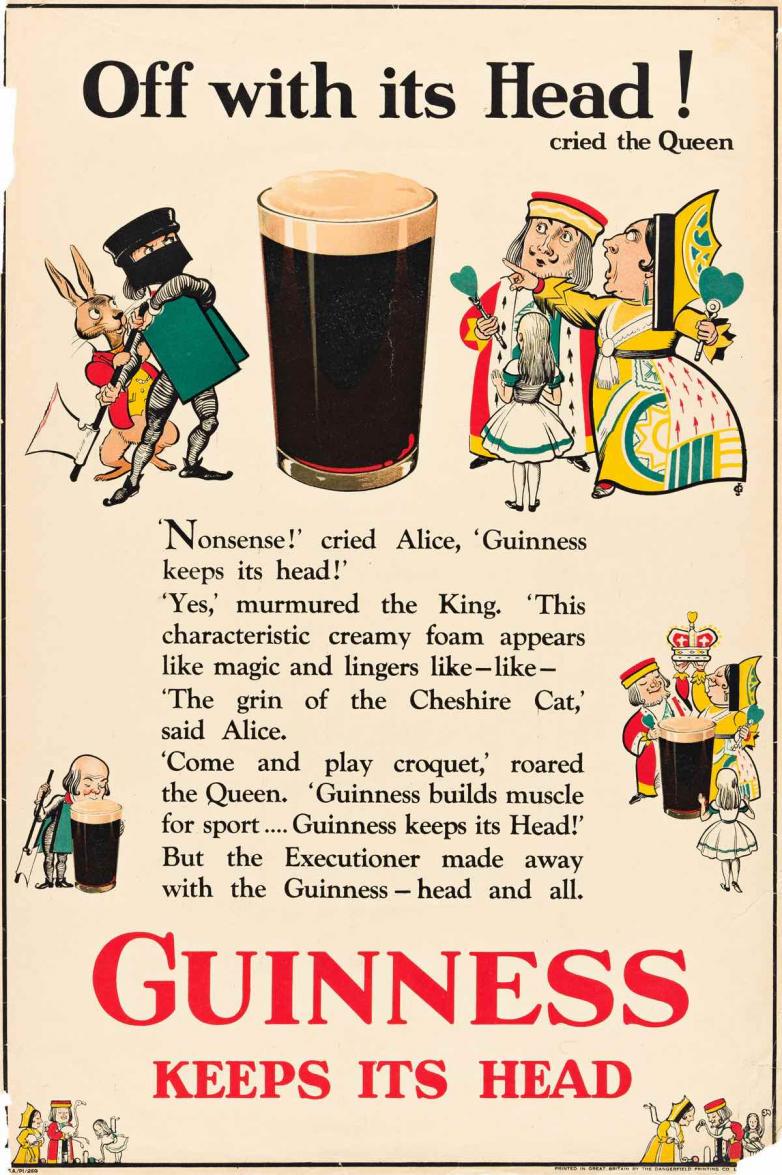 Interestingly, three of the illustrated posters in this selection parody Alice in Wonderland, with long (for ads) snippets of text: a 1930 Gilroy poster “Off with its Head!” (pictured); a 1949 “Bottle and Jug” ad by Anthony Groves-Raines; and a 1951 “Guinness in Festival Land” poster deigned by Eric Fraser. What is the connection between this famous beer and Lewis Carroll’s 1865 novel?

According to the University of Maryland Libraries, which hosted an Alice exhibition in 2015 with a special section devoted to Guinness, the brewery produced not only Alice-themed ads but five Alice booklets which they sent to doctors in the UK between 1933 and 1959 to try to convince them of the beverage’s healthful qualities. The “Guinness Alice,” written by Ronald Barton and Robert Bevan and illustrated by Gilroy, is “highly collectible today,” according to the exhibition content online.