For Sale: The Shawshank Bible 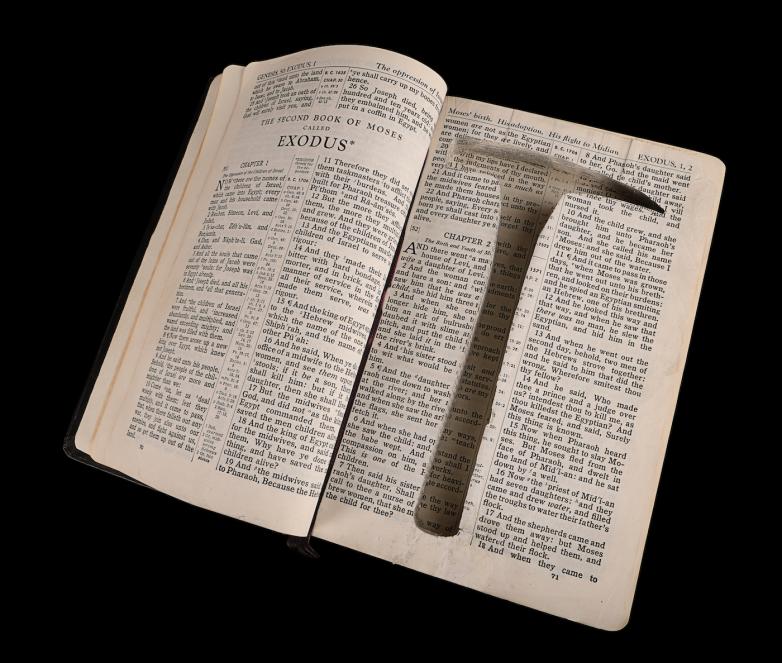 Anyone familiar with 1994’s cult classic film, The Shawshank Redemption, will recognize this book prop. It is the leather-bound Bible that concealed, within its cut-out pages, a rock hammer used by Andy Dufresne, played by Tim Robbins, to escape prison.

Earlier in the film, the crooked warden (Bob Gunton) had given the Bible to Dufresne, telling him that “salvation lies within.” The prisoner then uses the Bible to safeguard his tunneling tool. When the Bible is returned to the warden after the prison break, it contains the inscription, “Dear Warden, you were right, salvation lay within.” The warden then pages to Exodus to find the hammer's hidden cavity.

Only one ‘Rockhammer Bible’ was produced during filming, “as the process of cutting the hammer outline was precise and time-consuming,” according to the auctioneer. It has undergone some minor restoration since then.

Books used in television and film have long captivated us; whether in Greta Gerwig’s Little Women, Wes Anderson’s Moonrise Kingdom, or Terence Winter’s Boardwalk Empire. We also did a feature story on book props in our winter 2013 issue, in which we interviewed prop master Ross MacDonald.

Three other Shawshank props are included in the sale, notably the Daily Bugle newspaper featuring the headline “Corruption, Murder at Shawshank.”

Fun fact: The movie is based on the novella, Rita Hayworth and the Shawshank Redemption (1982) by Stephen King.