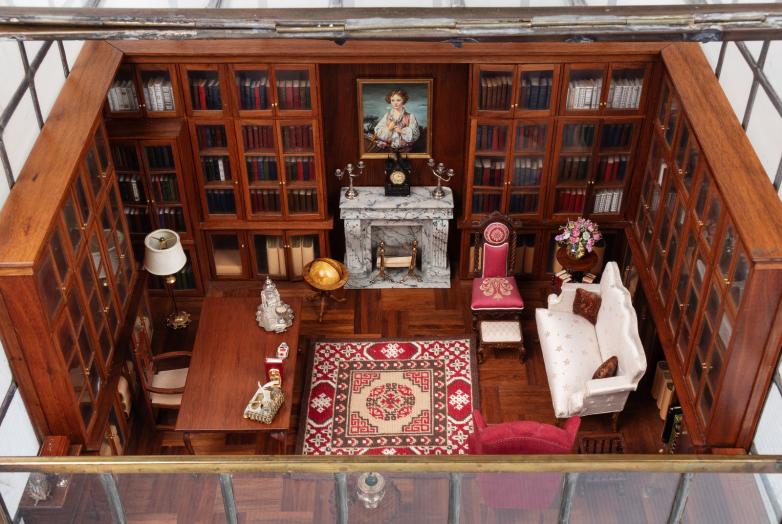 As an object of desire for book collectors, it would be hard to top this replica of rare book dealer John Fleming’s 57th Street Gallery, where he bought and sold in “baronial splendor” according to the New York Times, from 1952 to 1987. Encased in a leaded glass enclosure, the dollhouse-sized library setting features oak bookshelves full of book models, including six “real” miniature books, as well as a silver tea service, a globe, and other plush furnishings that will make some bibliophiles swoon — one of whom will no doubt bid on it at auction on June 23, when it is estimated to reach $1,500-2,500.

Fleming (1910-1987) has been hailed by colleagues as "the dean of American antiquarian booksellers,” whose storied career began at age 15 when he apprenticed himself to Dr. A.S.W. Rosenbach, the "Napoleon of Books,” trader in Gutenberg Bibles and First Folios. When Rosenbach died in 1952, Fleming bought his boss’s rumored $2-million stock of rarities and continued in the same high-end style in Rosenbach’s former townhouse. (He also co-wrote a biography of Rosenbach.)

A 1969 New York Magazine profile of Fleming reported that he preferred "buying to selling and has been known to refuse handsome offers from those he considers unworthy of the distinction the particular book confers. The result is 6,000 or 7,000 volumes housed in an apartment/office so large that a Rolls-Royce parked in one corner would be about as conspicuous as a footstool." 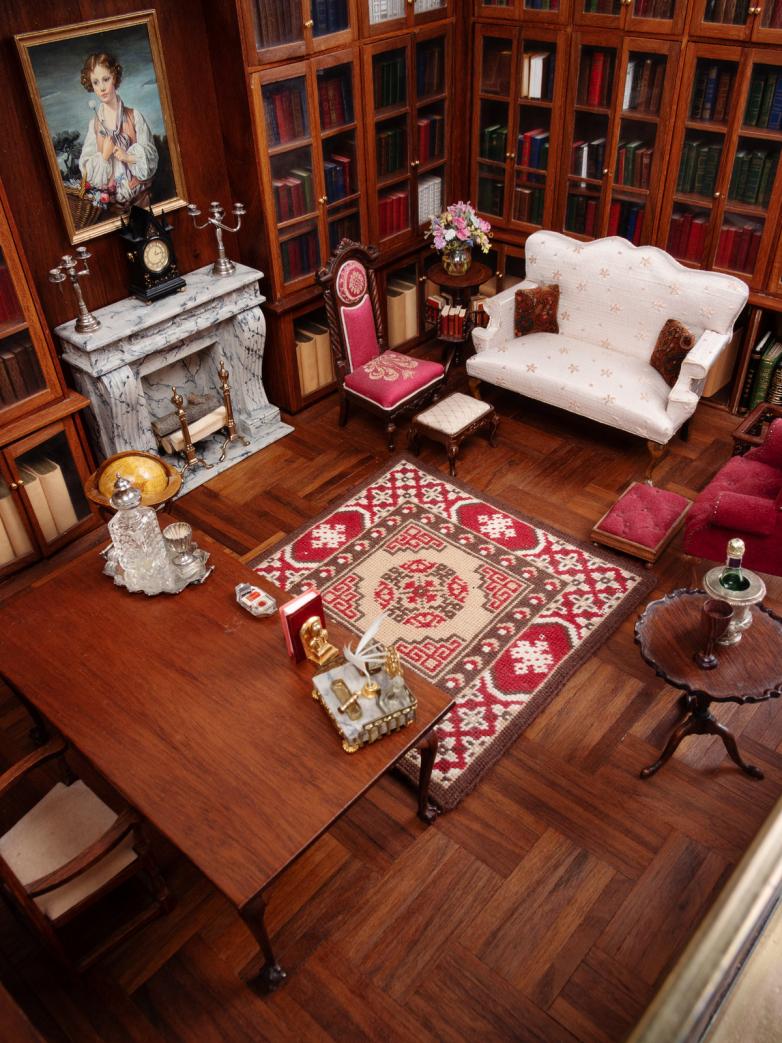 Unfortunately, said Gretchen Hause, director and senior specialist of the books and manuscripts department at Hindman Auctions, there is no available information on how or why this small-scale model of Fleming’s gallery was produced. The item had been owned by a Fleming descendant, but had traded hands prior to consignment.

Hause heard about it from a Hindman representative in Arizona, who called and asked, “Does the name John Fleming have any significance to you?” Hause said yes, and when images of the little library appeared in her inbox, she set to work confirming that it was indeed a replica of Fleming’s 57th Street gallery. A photo in the 1988 Christie’s catalogue offering Fleming’s personal collection — a stash that included a George Washington manuscript and presentation copies of modern authors like Conrad, Eliot, and Hardy — captures the dealer in that space. The details looked right, Hause said.

“I’ve always had a strong interest in the history not just of books, but of book commerce, particularly in the United States, as are, I assume, most people in the books and manuscripts field (whether auction or trade professionals),” Hause said. “To handle an object that depicts such a significant center of commerce in New York is a real privilege.”