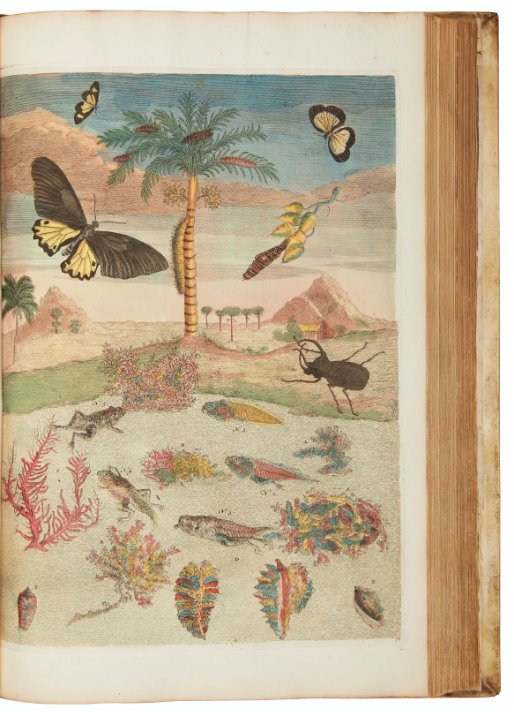 On Wednesday, October 23, Bonhams New Yorks sells Fine Books and Manuscripts, Including the Dodge Family Autograph Collection, Natural History, Travel and Americana, in 323 lots. A very rare Jesse James autograph letter to a Mr. Flood demanding that the recipient retract comments he had made suggesting that James was a horse thief, is estimated at $200,000–300,000. An 1813 letter from Jane Austen to her sister Cassandra could sell for $80,000–100,000. The unpublished manuscript maquette for Christopher Webb Smith's Indian Ornithology, once in the collection of H. Bradley Martin, rates a $50,000–80,000 estimate.

PBA Galleries holds an Americana – Yosemite – Travel & Exploration – World History – Cartography sale on Thursday, October 24. The 382 lots include Sun Pictures of the Yo Semite Valley (1874), containing forty-four photographs of Yosemite by Charles Weed and Eadward Muybridge ($40,000–60,000). Petrus Bertius' Tabularum Geographicarum Contractarum Libri Septem (1618), a French-language edition of this work with 220 engraved maps, could fetch $15,000–25,000. The daybook and ledger of the Mariposa Hotel near Yosemite, covering the period 1890–1895, are estimated at $800–1,200. Lots 333–382 are being sold without reserve.

Also on Thursday, it will be Early Printed, Travel, Scientific & Medical Books at Swann Galleries, in 254 lots. A first issue of Newton's Opticks (1704), is estimated at $15,000–25,000. Sharing an estimate of $10,000–15,000 are an attractive nine-volume set of the official accounts of the voyages of Captain Cook, and a first edition of Galileo's Dialogo (1632). Quite a few interesting incunabula in this one.

Kolbe & Fanning sell books from the library of George F. Kolbe on Saturday, October 26, in 562 lots.

At time of writing, Heritage Auctions' website was down due to a malware attack, with a note that "all currently affected auctions will be extended or rescheduled." So watch for updates there on their scheduled sales for this week: Historical Manuscripts Featuring the Bret J. Formichi American Civil War Rarities Collection on October 23 and Estate of John and Elaine Steinbeck Manuscripts on October 24.