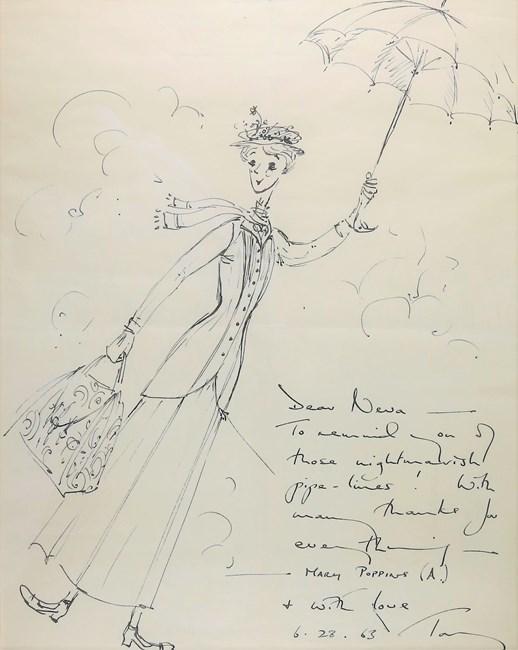 Five auctions to watch this week:

Rounding out Thursday's sales is a 276-lot auction of Autographs & Memorabilia at Chiswick Auctions. An 1803 letter from Charles William Stewart to his father the Marquess of Londonderry about his introduction to Napoleon is estimated at £6,000–8,000. An ink drawing of Mary Poppins with her umbrella (pictured above) by costume designer Tony Walton could sell for £3,000–4,000.