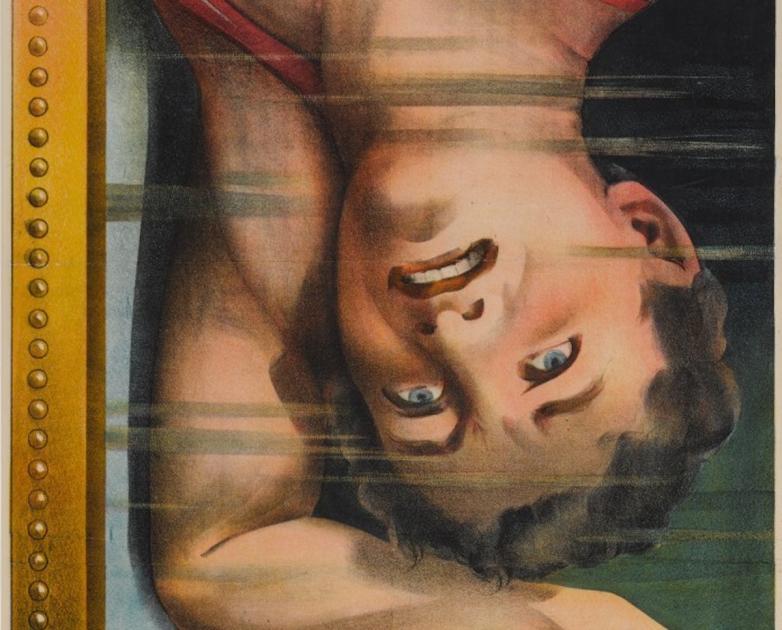 "Houdini Upside Down in the Water Torture Cell," lithographed poster offered at Sotheby's New York this week in the Ricky Jay Collection.

On Tuesday and Wednesday, October 27–28, Sotheby's New York sells The Ricky Jay Collection, in 634 lots. A two-volume collection of some 460 annotated portrait prints of "Remarkable Characters, Male and Female, Beggars, Misers, Highwaymen, Cheats, Forgers, Imposters, Mountebanks, Bawds, Persons Tried for Treason, Sedition, &c." compiled by William Esdaile rates the top estimate at $100,000–150,000. A first edition of Reginald Scot's Discoverie of Witchcraft (1584) could sell for $50,000–70,000. A color lithograph poster of "Houdini Upside Down in the Water Torture Cell" is estimated at $40,000–60,000. A pastiche drawing of Matthew Buchinger, one of Jay's major research interests, is expected to fetch $30,000–40,000.

Forum Auctions sells Books and Works on Paper on Thursday, in 297 lots. A copy of the 1809 edition of Hakluyt's Collection of the Early Voyages, Travels, and Discoveries of the English Nation rates the top estimate at £1,000–2,000. Thomas Chandler's 1771 pamphlet The Appeal Farther Defended bound with four additional New York pamphlets from the early 1770s could sell for £800–1,200. A copy of the first Aldine edition of Statius (1502) could sell for £600–800.