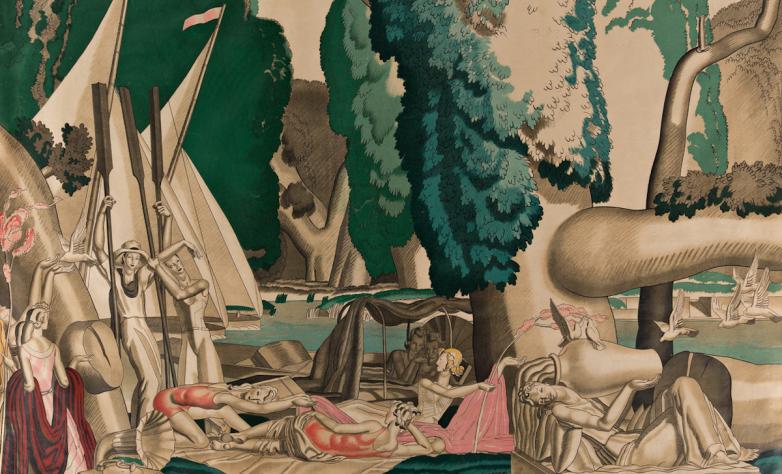 Jean Dupas' 1930 poster "Where is this bower beside the silver Thames?" offered at Swann Galleries this week.

A trio of sales on Thursday, August 5 to watch this week:

And at PBA Galleries on Thursday, 445 lots of Fine Literature – Beats & the Counterculture. A carbon typescript of Ross Macdonald's Sleeping Beauty, inscribed by Macdonald to collector Marvin Epstein, is expected to top the sale at $8,000–12,000. A first edition, second state copy of Steinbeck's The Moon is Down, signed by the author, is estimated at $3,000–5,000. The same estimate is assigned to a first issue of Nabokov's Lolita, a complete 68-volume set of Johnson's Works of the English Poets (1779–1781), and a set of the Nonesuch Dickens.