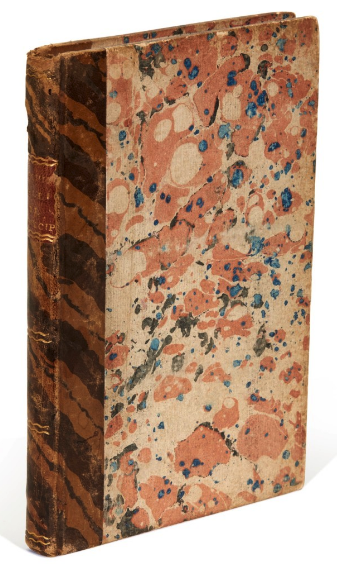 On Wednesday, June 16, Printed Books, Maps & Documents at Dominic Winter Auctioneers, in 425 lots. An unpublished 1802 Edward Jenner letter to Yorkshire physician John Glover Loy about vaccination is expected to lead the way at £5,000–8,000. John Rocque's New and Accurate Survey of the Cities of London (1748) could sell for £3,000–5,000. A large collection of Edward Barnett's design drawings for silversmith Nathaniel Mills is estimated at £2,000–3,000.

Bonhams New York sells 152 lots of Fine Books and Manuscripts on Thursday. Bishop Juan de Palafox y Mendoza's c.1650 clandestinely printed memorial to King Philip IV of Spain in defense of the indigenous peoples of New Spain, Virtudes del Indio, is estimated at $80,000–120,000, and a particularly nice copy of the first edition of Gulliver's Travels could sell in the same range. A copy of the first issue of Harry Potter and the Philosopher's Stone, from the Michael Anderson Collection, could fetch $30,000–50,000. A rare complete copy of James Lyon's Urania (Philadelphia, 1761), the first book of printed music by an American, is estimated at $20,000–30,000.

At Swann Galleries on Thursday, Fine Books & Autographs, in 315 lots. Sharing the top estimate at $15,000–20,000 are a copy of the deluxe 1936 Bodley Head edition of Ulysses and a presentation copy of Alighiero Boetti and Anne-Marie Sauzeau-Boetti's Classifying the Thousand Longest Rivers in the World.

Rounds out Thursday's sales, 279 lots of Books in All Fields – Americana – Maps at PBA Galleries. Most lots start at $10.