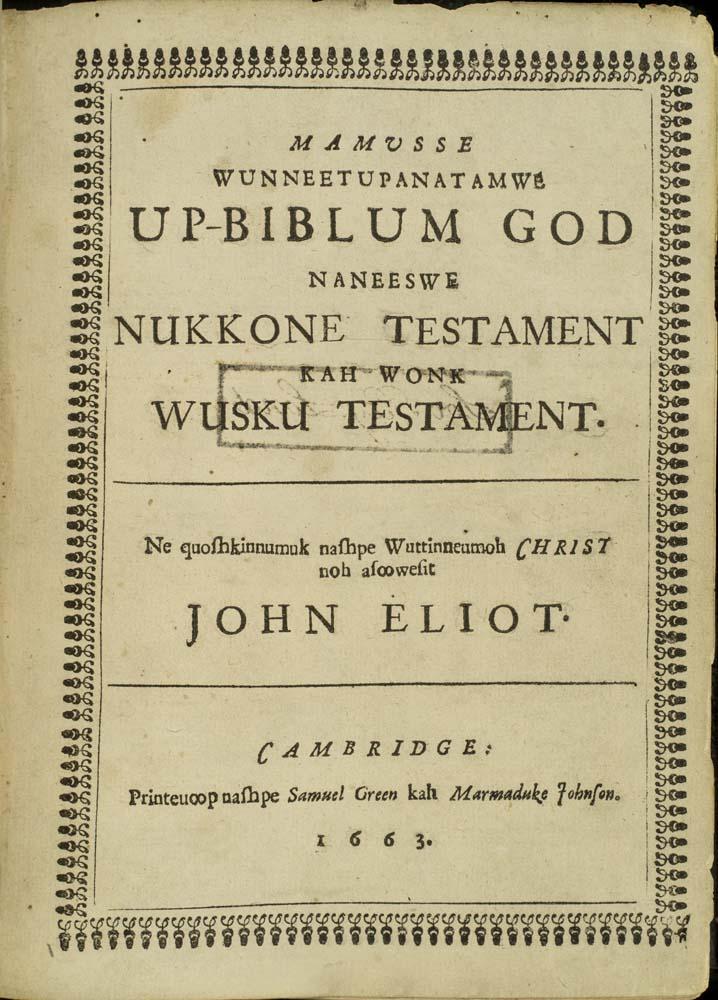 A breathtaking selection of the rarest American bibles went on exhibit last week at the New-York Historical Society. In God We Trust: Early Bible Printings from the David M. Rubenstein Americana Collection puts on public display, some for the first time, the most significant examples of early American religious texts.

Those who recall the 2013 sale of the "Bay Psalm Book," the first book printed in colonial America, for $14.2 million, may remember that its buyer was collector and philanthropist David M. Rubenstein. Only eleven copies of the 1640 tome are known to exist, and his is the only one in private hands. (To read more about the Bay Psalm Book, see Joel Silver's brief, excellent history here.)

In addition to that "holy grail," many "firsts" abound here, such as the first American bible printed in a European language and the first bible translated by a woman. Here are a few more "firsts" highlighted in the exhibition: "We are thrilled to display these outstanding examples of early American books, many never before seen by the public and all fruits of Mr. Rubenstein's passion for collecting American history in the service of the public good," commented Dr. Louise Mirrer, New-York Historical president and CEO, in a press release.

The exhibition will be on view through July 28.

Images courtesy of the N-YHS