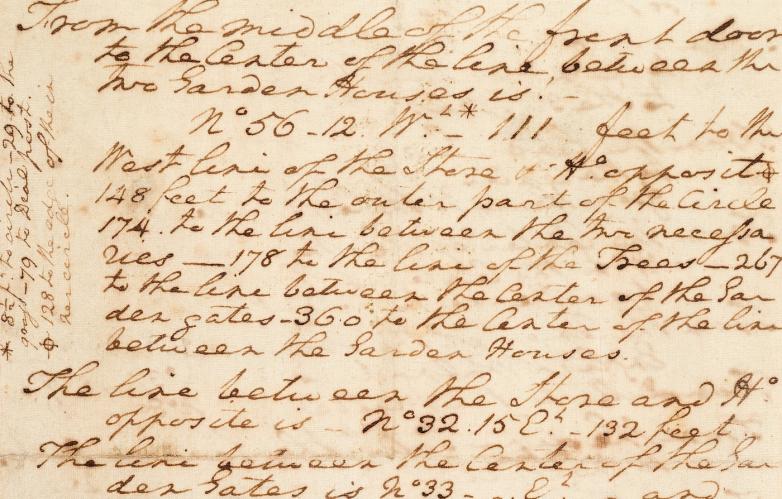 Dallas, TX – A rocking chair commissioned by President John F. Kennedy sold at Heritage Auctions Saturday for nearly $600,000, the highest price ever paid for one of the late president’s prized rockers.

The chair was among the numerous treasures from the vaunted assemblage of beloved philanthropist and American history collector Melvin “Pete” Mark Jr., the Portland, Oregon, real estate developer who died in June 2017 at the age of 91. Heritage Auctions last weekend sold more than 100 pieces from Mark’s collection, which realized a total of $4,913,750. This was Heritage Auctions’ most successful sale of American historical treasures in the company’s 46-year history.

“There is no secret to this auction’s tremendous success,” says Heritage Auctions Executive Vice President Joe Maddalena. “The quality of material was unparalleled, and our client-collectors were rewarded with Pete Mark’s eye for buying only the best of the very best. I began working with Pete to find and secure some of these items 35 years ago, and his family once again trusted me to help them find new homes for these treasures to benefit their hometown of Portland. It was not only my absolute pleasure, but a true honor.”

Mark’s assemblage was so significant the Oregon Historical Society hosted five different exhibits over the years featuring items from the collection. And in keeping with their father and mother's wishes, Pete and Mary Mark’s children are selling a majority of the collection to support their parents’ passions, Portland's history and its arts, as well as other causes dear to the couple.

Kennedy’s rocking chair, one of 12 the late president had made in 1961 by master craftsman and longtime White House upholsterer Lawrence J. Arata, opened live bidding Saturday at $57,500. But as so often happened Saturday, a bidding war ensued the very moment the lot was announced, and within moments the price skyrocketed. When bidding closed, the chair, which Kennedy had in the White House and later gifted to former New York governor Averell Harriman, had realized $591,000.

The same thing happened a few minutes earlier, when the life preserver from the USS West Virginia, which had been retrieved from the water following the bombing of Pearl Harbor on Dec. 7, 1941, arrived at the auction block.

The canvas ring, pulled from the water by 16-year-old Charles House Morgan Jr. – the son of the U.S. Commander of Harbor Defense at Pearl Harbor – opened live bidding at $22,000. A scant two minutes later it reached $495,000, sparking applause in an auction gallery that had witnessed its share of thrills over the course of the three-hour event.

Indeed, the second lot in the auction offered a preview of the day’s delights, when an engraved facsimile broadside of the Declaration of Independence sold for $375,000. Shortly after that, the Mount Vernon Landscape Plan handwritten by George Washington, who prescribed cherry trees among the myriad plantings, realized $162,500.

Time and again Saturday, bidders tussled over the major moments and monumental memories from Mark’s collection, which was filled with the very items that were there as history was being made — that were signed by, held by, worn by the men and women who shaped the American experience and beyond. Look no further than a letter written by a man named George Henry Hunt to his mother and father shortly after he joined the maiden voyage of the RMS Titanic in Southampton on April 10, 1912, heading home to his native Philadelphia.

"I boarded the Titanic today,” wrote Hunt to his parents after he was moved from the Oceanic to the Titanic following mechanical difficulties aboard the other ship. “Remember me to all. Will write you when I arrive at New York ... Hope that I shall be the first down and the last up to make what I ought to have had on the Oceanic."

Hunt’s missive, written on “On board R.M.S. ‘Titanic’” letterhead bearing the White Star Line watermark, opened live bidding Saturday at $15,500. But bids streamed in over the phone and HA.com as the letter headed to its final price of $275,000.

As expected, two of the most famous and familiar items from the Mark collection likewise attracted heavy bidding, with each hitting the quarter-million-dollar mark.

Mark owned the sole copy of the Atlantic Charter signed by President Franklin D. Roosevelt and British Prime Minister Winston S. Churchill. Its new owner paid $250,000 for the privilege of owning the August 1941 document in which the two men shared “their hopes for a better future for the world.”

Mark also owned one of the fewer than 250 surviving Enigma machines used by the Germans to encrypt top-secret messages during World War II. One of the centerpieces of this auction, it, too, realized $250,000.

Not far behind was an extraordinary Nov. 21, 1961, letter to the UPI’s bureau chief in which then-former President Harry S. Truman defended the bombing of Hiroshima and Nagasaki. In the letter, which sold for $237,500, Truman wrote that “I have very little to say about that except that the tears that have been shed on account of the atomic bomb should have been shed on the Pearl Harbor attack.”

The shadows of war and the promises of peace reverberated throughout Mark’s collection, which is perhaps why they resonated so profoundly with the nearly 500 bidders who participated in Saturday’s auction. No missive nor memory was too was too small to be overlooked by the event’s participants, several of whom vied for an August 15, 1798, letter Washington wrote to the Reverend Jonathan Boucher. In this historic missive the president wrote, “Peace, with all the world is my sincere wish.” It realized $106,250.

But there is time yet for collectors to own a piece of Mark’s breathtaking collection: On Tuesday, during the American Art Signature® Auction, Heritage will offer one of Rembrandt Peale’s iconic porthole portraits of Washington. Bidding on that painting has already hit $200,000, and if Saturday was any indication, that is but the starting point.