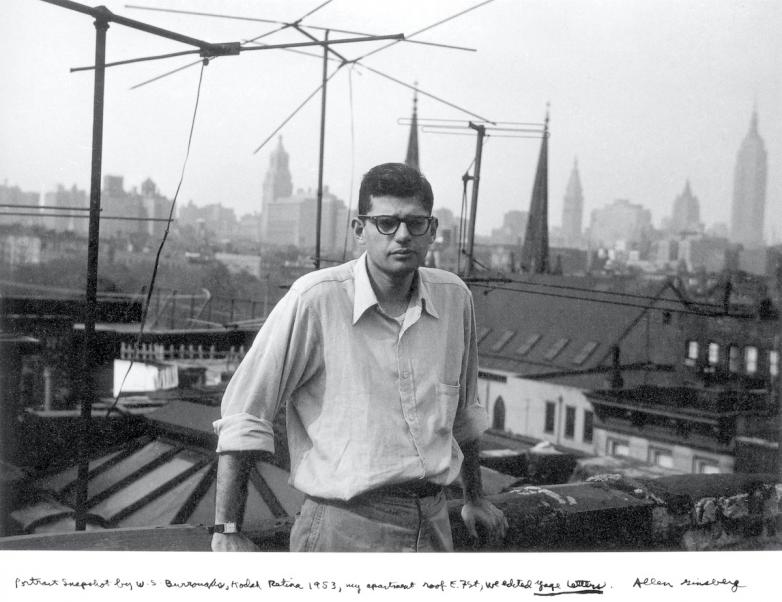 In October 1955, Allen Ginsberg read “Howl” publicly for the first time in front of a San Francisco audience that included fellow Beat Generation poets Gary Snyder, Jack Kerouac, and Lawrence Ferlinghetti, who later published it. Sadly no one thought to record that performance, and for many years, a reading Ginsberg gave in Berkeley in March of the following year was thought to be the first audio recording of his groundbreaking postwar poem. Then, in 2007, John Suiter, author of Poets on the Peaks: Gary Snyder, Philip Whalen & Jack Kerouac in the North Cascades, discovered an audiotape while doing some research at Reed College in Portland, Oregon, which turned out to be a recording of "Howl" that took place on campus in February 1956. It took many years and much effort, but the historic recording will be released tomorrow, April 2, by Omnivore Recordings, in association with the Ginsberg Estate. 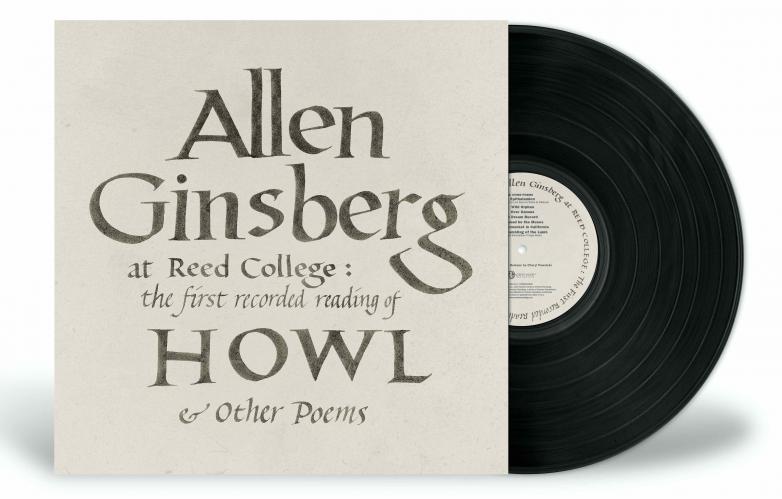 Allen Ginsberg at Reed College — The First Recorded Reading of Howl and Other Poems is available on CD, LP, and Digital.

In the wonderfully descriptive liner notes for the production, Dr. Pancho Savery, professor of English and humanities at Reed, discusses Ginsberg’s inspirations and creative process, both as a poet and a performer. This audio recording, he writes, is “one of the most important documents in the history of American literature in the second half of the 20th century.”

The audio quality is compelling and astonishingly crisp — you can ever hear Ginsberg flipping the pages of his script, which was, at that point, still a work in progress.

Speaking of that script, the release of this recording comes hot on the heels of the news that rare book dealer Brian Cassidy of Type Punch Matrix recently discovered a previously unknown original carbon typescript of “Howl,” the exact carbon struck on Ginsberg’s own typewriter for what came to be known as the fifth draft. It is that version of the poem that Ginsberg read at Reed, sometimes even skipping over parts he would later revise. 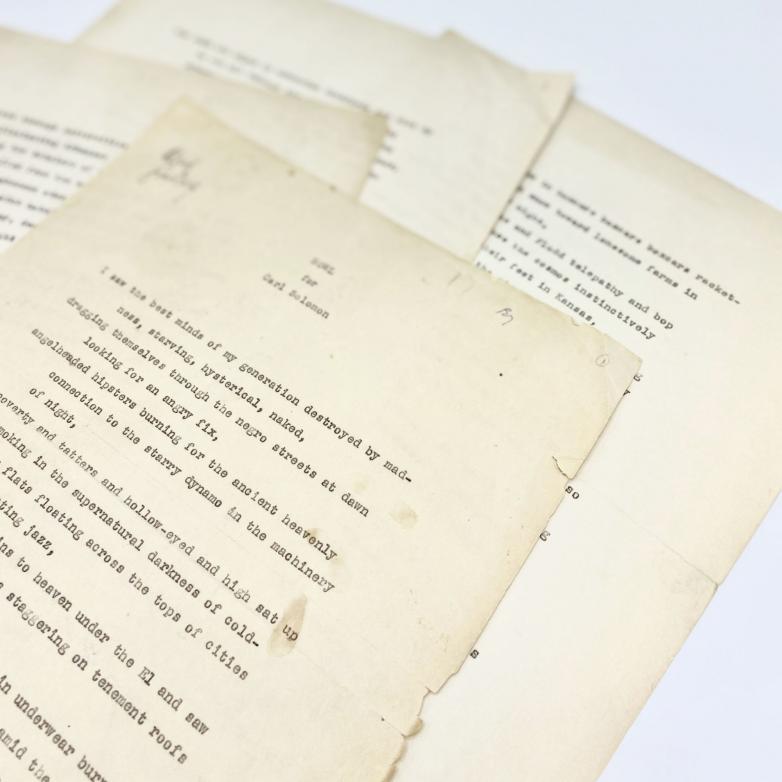 According to a statement released by the Maryland-based bookseller, Cassidy identified the eleven-page draft among the papers of arts benefactor Annie Ruff. It is believed to be the only original draft version of “Howl” in private hands, with most of the known drafts held among the author's papers at Stanford University.

"To say that finding an original previously unknown draft of major American work of literature is unusual is certainly an understatement. And given that 'Howl' was famous pretty much from its inception, that an original typescript for it could have been unknown for this long ... I was just blown away," Cassidy remarked.