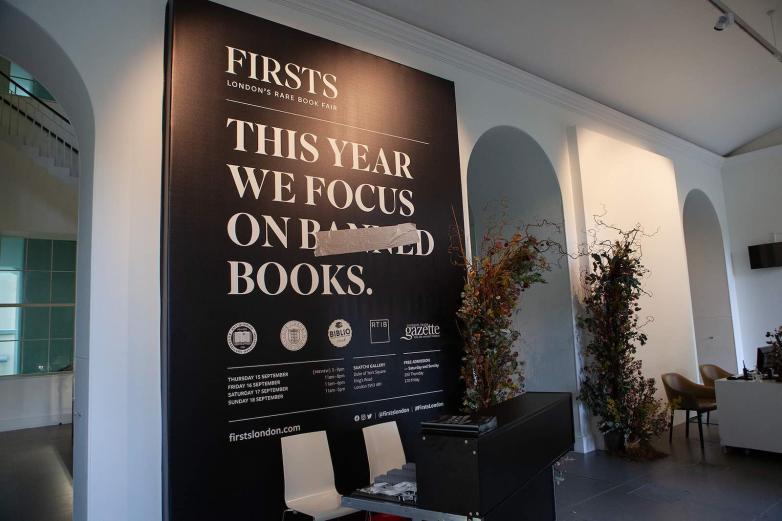 Banned Books was the theme of this year's fair

The 2022 edition focused on the theme of 'Banned Books', celebrating the 100th anniversary of James Joyce’s Ulysses. Notable sales included a first edition of Galileo Galilei’s Dialogo (1632) accompanied by his letter to the Grand-duchess of Tuscany (1641) which were sold in the final hours of the fair by Sophia Rare Books for over £250,000 ($282,000). The book had to be smuggled out of Italy in order to be printed in Leiden, Netherlands, while Galileo was under house arrest and forbidden to publish. Both this text and the letter accompanying it were instrumental in the Inquisition trial conducted against the scientist by the Catholic Church.

Fair exhibitor BAS Books, which brought a signed first edition of D. H. Lawrence’s Lady Chatterley’s Lover privately published in 1928, commented: "The theme produced a lot of valuable conversations with visitors, who seemed to really engage with ABA's choice and we have picked up fresh clients accordingly."

Among other highlights were a first edition of Copernicus’ De revolutionibus orbium coelestium and the first Russian translation of Karl Marx’s Das Kapital will also appear at the fair, exhibited by Maggs Bros.