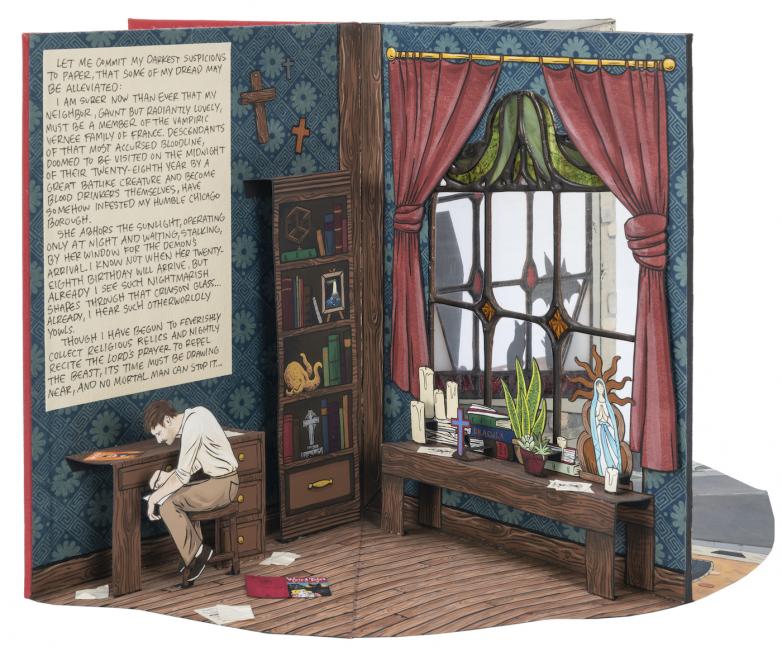 Hannah Batsel's artist's book, Weirder Than Fiction (2021) is headed to auction in Chicago on August 28.

Earlier this year, book artist and illustrator Hannah Batsel made this extraordinary, hand-painted carousel pop-up book and titled it Weirder Than Fiction, an homage to the sci-fi/fantasy magazine Weird Tales. Opening it reveals a diorama of two Chicago apartments, separated by a stained-glass window, where two bookish protagonists “have grown suspicious of each other”—the man is reading The Brotherhood of Blood by Hugh Cave (Weird Tales, May 1932) and the woman is reading H.P. Lovecraft's The Call of Cthulhu (Weird Tales, February 1928). 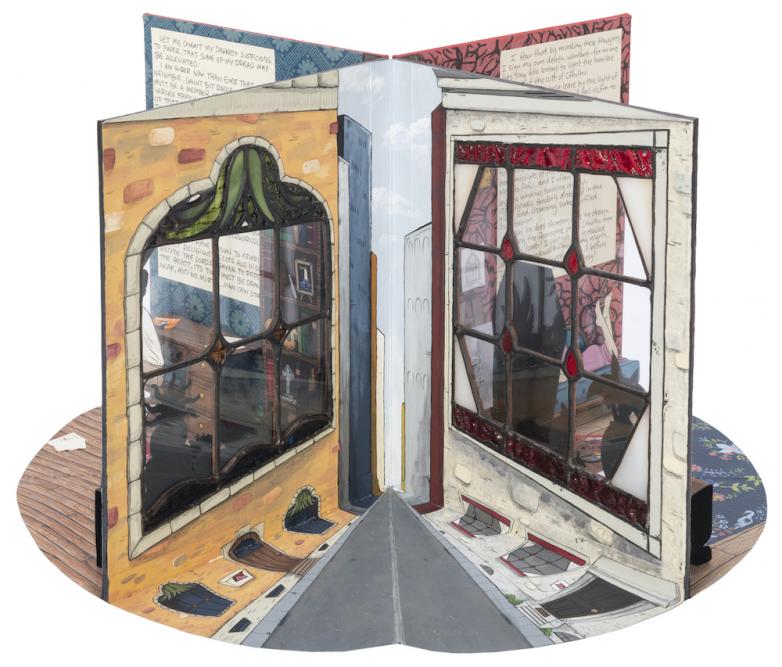 Batsel’s unique book is one of several headed to auction on August 28, estimated at $700-1,000. It was consigned by the Caxton Club, Chicago’s book collector’s club, which commissioned several pieces for its 125th anniversary. The books and specialty bindings created by artists Ben Blount, Sam Ellenport, Lesa Dowd, Jennifer Farrell, Mardy Sears, and Batsel took their cue from the club’s latest publication, Chicago by the Book: 101 Publications that Shaped the City and Its Image, and were presented to the club this past June. According to club president Jackie Vossler, “The club was awed by the contributions but is now offering them at auction in order that we may fund our continued charitable programs.” Those programs include scholarships and grants for book artists.

To hear Batsel and the other artists discuss their creations, check out this video posted by the club earlier this summer.