Churchill Material Features at Freeman’s on May 20 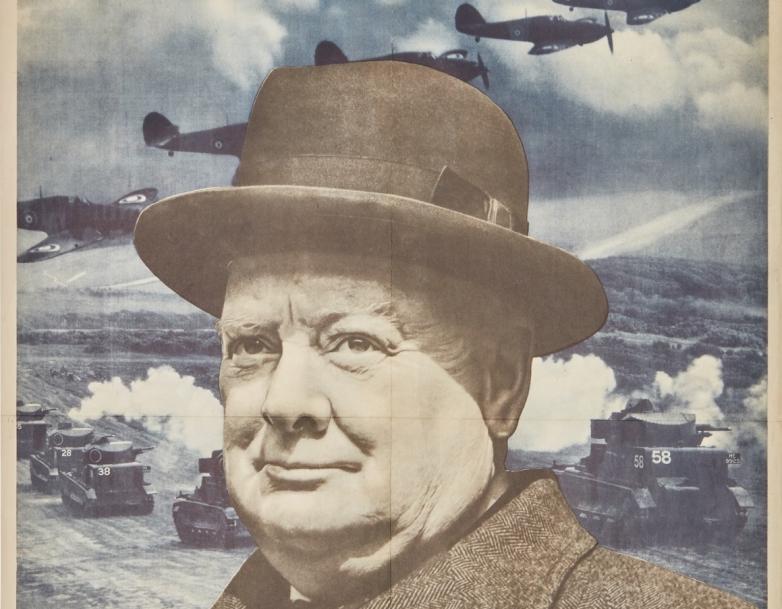 Philadelphia — On Thursday, May 20, Freeman’s presents a Books and Manuscripts auction beginning at 12pm, featuring an impressive array of carefully selected material. The 131-lot auction will showcase a number of historically and culturally significant books, posters, prints, and letters, including an annotated draft of a missive from President John F. Kennedy to former British Prime Minister Winston Churchill; a selection of important World War II posters; many first and limited editions from such prominent authors as Henry David Thoreau, Charles Dickens, Ralph Waldo Emerson, Mark Twain, and T.S. Eliot; as well as significant scientific and medical texts.

LETTER FROM JOHN F. KENNEDY TO WINSTON CHURCHILL
The May 20 Books and Manuscripts auction offers much political material, but perhaps none so prominent as this annotated 1962 letter from President John F. Kennedy to former British Prime Minister Winston Churchill on White House stationery (Lot 97; $35,000-50,000). The framed letter chronicles Kennedy’s request to name an American Polaris nuclear submarine in Churchill’s honor, and offers a rare glimpse into the delicate nature of international diplomacy. Kennedy’s annotations and edits to his initial draft reflect his intellect, personality, and diplomatic skill; he wished to honor Churchill without creating displeasure or offense that, in the words of Lady Churchill, “his name should be so closely associated with a weapon whose purpose is mass destruction.” Ultimately, the naming of the vessel was not pursued, but this draft—a rare and significant piece of American history—was carefully preserved.

IMPRESSIVE SCIENTIFIC AND ANATOMICAL MATERIAL
Among the many historical books and prints represented in the sale, highlights include a 1541 first edition of Walther H. Ryff’s opus Des aller fuertreflichsten…, a scientific text profusely illustrated with numerous woodcuts depicting anatomical and surgical diagrams (Lot 126; $8,000-12,000). The text by Ryff, a 16th-century French surgeon, was both influential and controversial at the time of its publication for the charges of plagiarism brought against Ryff.

Centuries later, English ornithologist John Gould published A Monograph of the Ramphastidae, or Family of Toucans, his first monograph of a bird family (Lot 119; $20,000-30,000). The second edition folio features 51 beautiful hand-colored lithographic plates of toucans in various settings. The handsome period binding is a subtle compliment to the birds’ brilliance.

RARE FIRST EDITION OF HENRY DAVID THOREAU’S WALDEN
On offer in the Books and Manuscripts auction is a rare, handsome first edition of Henry David Thoreau’s masterpiece Walden: or, Life in the Woods, 1854 (Lot 38; $6,000-9,000), one of only 2,000 copies printed. This classic reflection on independence and self-reliance in nature is illustrated with an engraved vignette title-page and an engraved map of Walden Pond itself, the idyllic Massachusetts site where Thoreau lived in solitude for almost two years.

ADDITIONAL AUCTION HIGHLIGHTS
The sale offers a wide array of historical political material, including a large and fine selection of World War II posters from the golden era of poster design—from a group of 16 Women in WWII posters (Lot 87; $1,000-1,500) to a single one of Winston Churchill’s suggestion that we “go forward together” (Lot 60; $1,500-2,500). A standout World War I-era poster illustrating Jewish efforts for self-determination following the fall of tsarist Russia, The All-Russian Jewish Congress Vote Zionist Slate No. 6 Poster, is also a rare collector’s opportunity (Lot 30; $1,000-1,500).