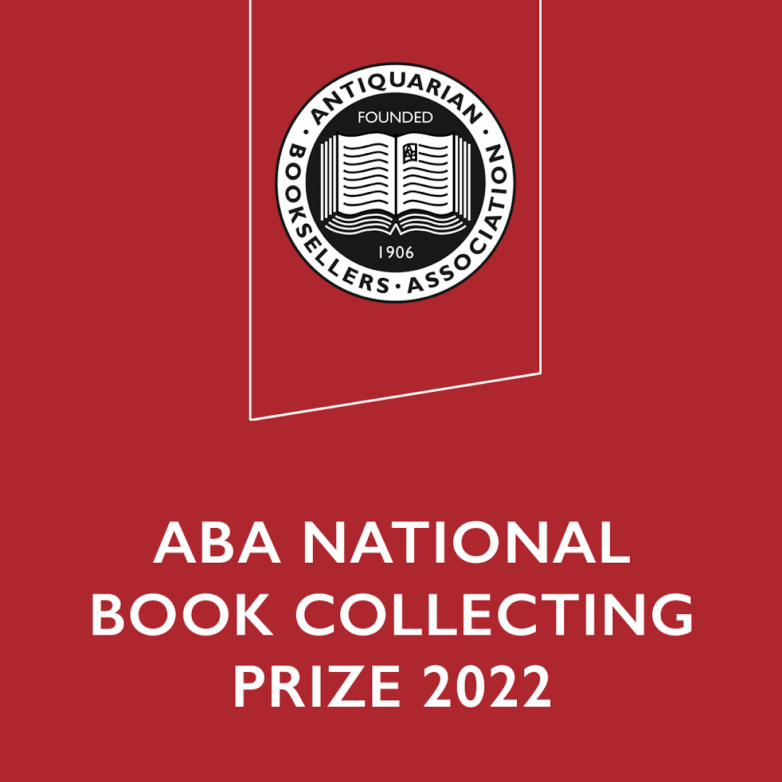 The 2022 Antiquarian Booksellers' Association (ABA) National Book Collecting Prize has been awarded to two people for the first time since it began six years ago.

This year's joint winners are Hannah Swan, from London, winner of the Anthony Davis Book Collecting Prize, for Swizzle and Serve. Party Planning Books and Ephemera, and Cambridge University student Joseph Bills for his Rose Prize winning collection Illustrated texts as living objects in eighteenth and nineteenth-century Japan. Both win £500 to expand their collections.

Bills' interest in Japanese illustrated texts was sparked by a visit to the Union of Antique Book Sellers weekly sale of incomplete texts in a basement in Tokyo. Liam Sims, the Rose Prize Administrator, said in his accompanying submission statement that Bills is "both extremely enthusiastic and knowledgeable about the material, both from a cultural and material perspective, his collection shows that he is alert to the bibliographic value and variety of books that can be bought cheaply’."

Hannah Swan has been a bibliophile since childhood with an especial interest in ephemera. The ABA described her entry of more than 100 pieces of printed ephemera and more than 30 books as "shining a light upon mid-century American social conventions and the intersections of sexuality and print culture. She now plans to gather a representative 20th century party-planning collection.

"Both winners captured well the inspiration that drives all book collectors," said the ABA, "displaying a genuine joy and exuberance in the collecting process, which particularly resonated with the panel. We feel sure that they will be on the collecting scene for many years to come."

Other entries included Roman and Anglican Liturgical Books, Philippine Mythology Komiks, ‘Books with names: collecting previous owners’, and ‘A glimpse into the history and practice of South Indian Classical dance’.

An award ceremony is will be held at Firsts London in May, 2023.