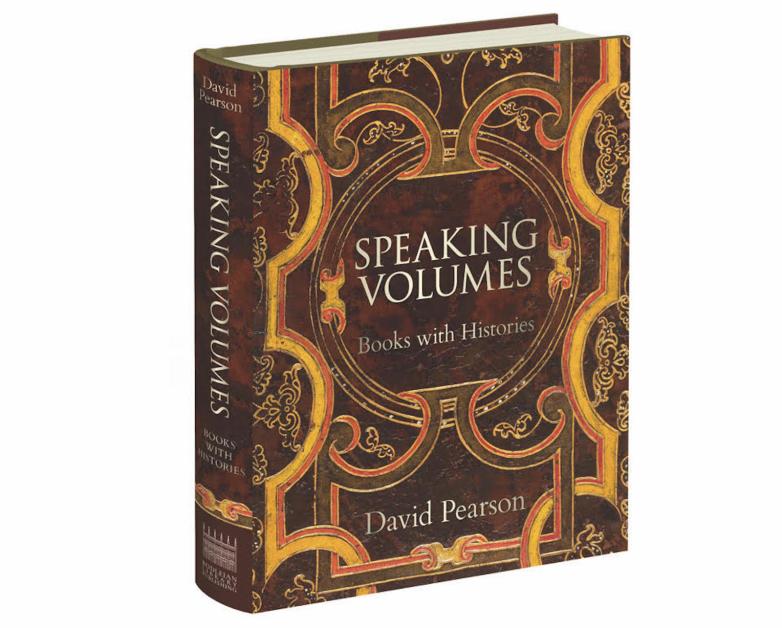 As book historian David Pearson points out in this excellent compendium, Speaking Volumes: Books with Histories, we all agree that books are A Good Thing, the real issue he wants to address is why they matter and what they can teach us beyond their texts.

It’s a beautifully produced book by the Bodleian Library, some 200 images covering all aspects of books and book production, but it’s not merely a list of peculiar volumes in a catalogue accompanying an exhibition. Instead, “the following pages are full of books which are not currently famous but which deserve to be.”

Pearson is more interested in the interaction between books and people, how they have been used rather than simply marvelling at them as objects. Speaking Volumes opens with a 9th-century schoolboy writing, in not altogether fine Latin, on his schoolbook, and it ends with Philip Larkin in full disgruntled student mode, bemoaning the dullness of Beowulf, Paradise Lost, and Troilus and Criseyde in his annotations to his copy of The Faerie Queene (which he proclaims as the dullest of the lot, an annotation reminiscent of the scene in Woody Allen’s movie Manhattan featuring the Academy of the Overrated).

In between, Pearson focuses on the role of the reader and their relationship with books, looking at patterns of book ownership, ownership markings, annotation, book binding, books as “witnesses of historical incident,” crimes/censorship, association copies, and books as talismans, as well as books in the digital age. Throughout, it’s obvious we’re in the hands of an expert but it’s written in a very accessible way – one chapter is called simply ‘Outsides of Books’ and there is a mini essay on the controversial subject of ‘Should I turn back the corners?’ He even asks us as readers to consider leaving our mark on the book in our own individual ways…

“Rebalancing our ideas around what our real treasures are, within our printed heritage, is a key motive in this book,” writes Pearson in the introduction. He achieves it wonderfully.