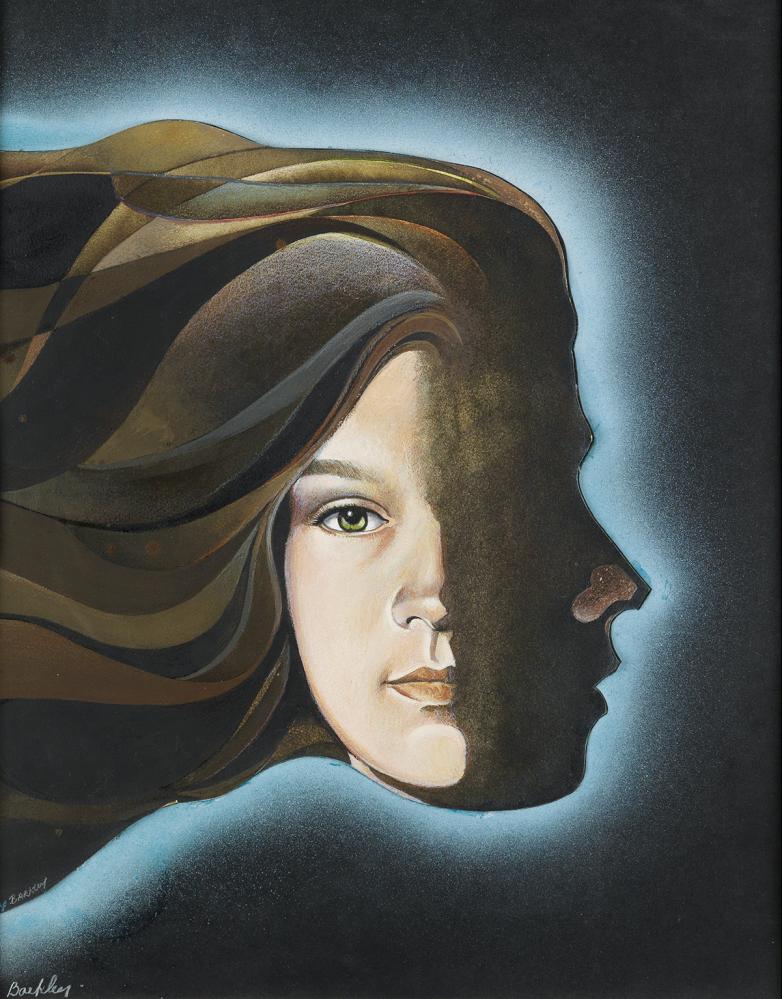 Stephen King’s first published novel, Carrie, about a bullied high-schooler who uses telekinetic powers to exact revenge, was released in hardcover in 1974 and met with moderate success. But it was the mass market paperback that appeared the following year and sold over a million copies that launched King’s decades-long reign in the world of horror and speculative fiction.

Coming to auction next month in New York is the original cover art for that mass market edition, a watercolor and acrylic illustration on paper collaged over board by James Barkley. Signed twice by the artist, the piece is titled A Girl Possessed of a Terrifying Power. For many of King's fans, it is the image that offered an entrée to the King of Horror. One imagines that that would make it beyond desirable for his collectors, too. The auction estimate is $4,000-6,000.