Quinn's to Auction Rare Books, Maps, and Americana on Jan. 23 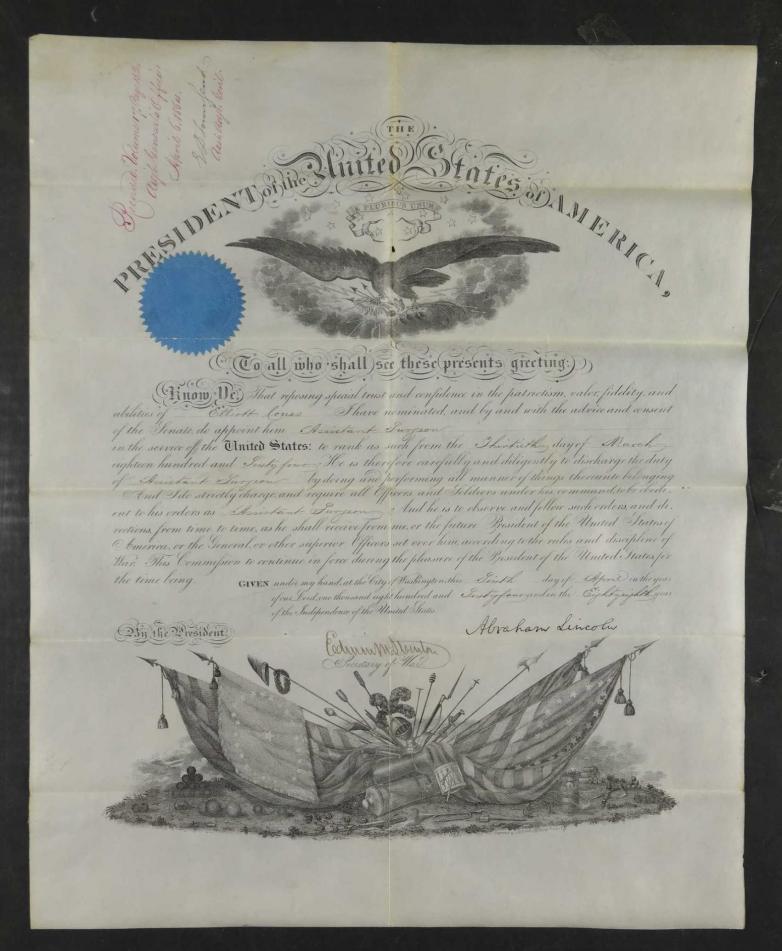 The auction features more than 150 maps, atlases, and natural world prints, including examples by Hondius, Visscher, Blaeu, Bessler, and Blackwell. Within the book selection, there are early printings, fine bindings, travel and exploration, plus books signed by Virginia Woolf and Andy Warhol.

The sale also contains small press illustrated books, including Frankenstein and Through the Looking Glass by Moser; Dorothy Lamour’s Life as a Phrase Book by Janaczweska and Hudson; and Verve: Revue Artistique with pochoirs by Henri Matisse.

A large collection of Presidential and historical items will cross the auction block, as well. Highlights include appointments and grants signed by Abraham Lincoln, Thomas Jefferson, James Madison and others. Additionally, there is a second-edition copy of The Federalist Papers from 1802, and a historically significant letter from Mary Custis Lee (Robert E. Lee’s wife) to the Rev. R. Gurley discussing her final days at Arlington House before the impending Civil War.

The two-volume, second-edition set of The Federalist Papers – written by Founding Fathers Alexander Hamilton, James Madison and John Jay – includes Pacificus (on the Proclamation of Neutrality) and the Federal Constitution (with all the amendments). Published by George F. Hopkins (N.Y., 1802), the lot is estimated at $5,000-$7,000.

A Civil War-era military appointment dated April 6, 1864, signed by President Abraham Lincoln and promoting Elliot Loues to Assistant Surgeon, could reach $4,000-$6,000. The appointment, measuring 19¾ inches by 15¾ inches, is also signed by the Secretary of War Edwin Stanton. It was engraved by J.VN and C.H. Throop (Washington, D.C.).

The large-folio illustrated book Dorothy Lamour’s Life as a Phrase Book, written and signed by Noelle Janaczweska, number 18 of 25 copies, is expected to sell for $3,000-$5,000. Published by Wayzgoose Press, 2006, the book was conceived, designed and illustrated with multi-colored linocuts by Mike Hudson, who also signed the book.

A limited-edition, large-folio copy of Lewis Carroll’s classic Through the Looking Glass and What Alice Found There (Pennyroyal Press, West Hatfield, 1982) carries an estimate of $2,000-$3,000. The book is illustrated and signed by Barry Moser and is number 21 of 50 special patron copies from the limited edition run of just 350 copies.

An early engraved map of the New York area, rendered in 1656 by Nicolas Visscher, should make $2,000-$2,500. The framed second-state map, 21¾ inches by 18¼ inches (sight) includes Fort Kasimier but does not mention Philadelphia. It has contemporary hand-color outlines and insets, and a colored cartouche and inset of “Nieuw Amsterdam.”

Another engraved map – this one a double-hemisphere map of the world created in 1720 by Johann Baptiste Homann (Nuremburg, Germany), has text in Latin and is estimated at $1,500-$2,000. The hand-colored, 20¾- by 18½-inch (sight) map is vividly engraved and embellished with images of celestial hemispheres and natural phenomena.

A letter written and signed in 1861 by Mary Custis Lee, the wife of Confederate general Robert E. Lee [who also signed the letter] and granddaughter of Martha Washington) carries an $800-$1,200 estimate. Written to a minister, the letter speaks of Mary’s final days at Arlington House and the anticipated Union Army occupation there.

An influential book from 1624 on witchcraft, magic of all forms, divination, prophecy and how to persecute witches, written by Martin Antoine Del Rio and titled Disquisitionum magicarum libri sex (J. Albinus Mainz, 1,070 pages), is estimated at $300-$500. The contemporary full vellum book weighing 3.2 pounds shows the title in ink on the spine.

For additional information about any item in the auction, call Catherine Payling at 703-532-5632, ext. 575; or e-mail [email protected] View the online catalog and register to bid absentee or live online at LiveAuctioneers.com. Visit Quinn’s online at www.quinns.com. Quinn’s is always accepting consignments for future auctions.