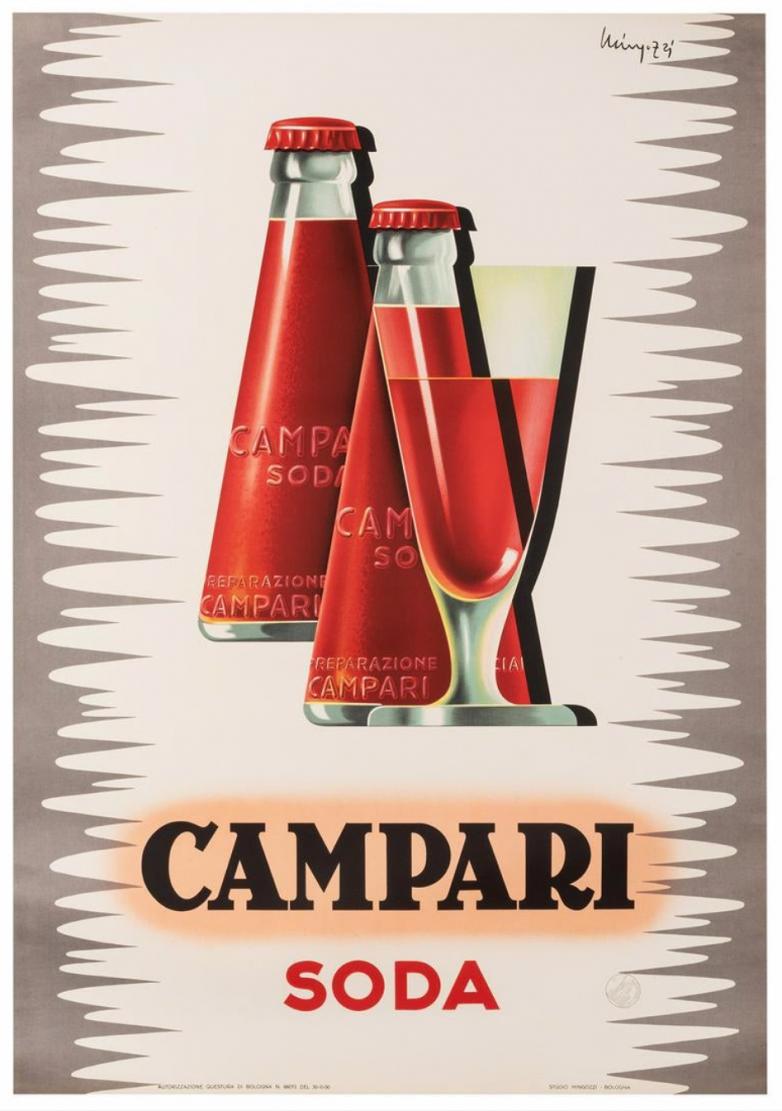 Chicago — Potter & Potter Auctions is pleased to announce its 650+ lot vintage poster sale to be held on Saturday, January 25, 2020 starting at 10am at the company's gallery, located at 3759 N. Ravenswood Ave., Chicago, IL 60613. All lots from this upcoming sale are on display and available for public preview on Thursday, January 23rd and Friday, January 24th from 10:00am to 5:00pm in the Potter & Potter facility.

This sale's timeless posters promoting important US travel destinations are certain to generate nostalgia, as well as bids, among enthusiasts worldwide. The range of examples on offer from favorite 20th century illustrators, including David Klein (American, 1918-2005) and Stan Galli (American, 1912-2009) will not disappoint. Lot #95, Galli's c. 1950s Disneyland United Air Lines features a ferry full of families riding through a swamp safari at Disneyland. It is estimated at $2,000-3,000. In December, 2018, Potter & Potter sold a similar example for $6,000. Lot #241, Klein's 1964/65 New York World’s Fair Fly TWA Jets is estimated at $1,400-2,000. This can't look away poster is one of the rarest of all New York World’s Fair posters and comes to life with fireworks and the fair’s giant globe on a bright orange background. And it’s go west, young man with lot #440, Panama Pacific International Exposition by Perham Nahl (American, 1869–1935). This 1915 time capsule, created to advertise the opening day of the 1915 World's Fair in San Francisco, is illustrated with the 13th Labor of Hercules. It is estimated at $1,500-2,000.

Now let's journey onward to posters promoting a little foreign intrigue. Lot #13, Air France Amérique du Nord by Guy Arnoux  (French, 1890-1951) is estimated at $3,000-5,000. This vibrantly colored lithographed poster from 1946 was printed in Paris by Hubert Baille & Cie, and shows the United States as a mighty and mythic place situated high in the clouds, juxtaposed against the old and staid boundaries of Continental Europe. Lot #4, Air France Flying Holidays this Year! from c. 1935 is estimated at $1,500-2,500. This example is handsomely decorated with the airline’s route map printed within the outline of a propeller plane, covering major cities of Europe and layovers for points in Asia and South America. According to our experts, "This poster rarity is only the second copy ever seen at auction." And lot #200, an Air India Dekho Dekho poster is estimated at $800-1,200. It was printed in Madras in the 1960s and features a colorful image of Maharaja playing an antique gramophone.

This sale presents a fine selection of vintage posters promoting European consumer products. These would be ideal for rooms and spaces needing a fine accent piece. Lot #245, a 1933/34 Rallye Automobile Monte-Carlo Antar poster advertising the French brand of Antar oil, is estimated at $1,500-2,000. It features a cherry red racecar zooming through the cliffsides of Monte-Carlo. Lot #430, a signed, original lithograph advertising poster for Campari soda, is estimated at $1,500-2,000. It was printed in Bologna in 1950, and includes the censor’s hand-stamp to its lower right image. And lot #431, an attractively colored lithograph advertising the French aperitif wine Bourin Quinquina, is estimated at $800-1,000. This large, one sheet poster was printed in Paris in 1936 and illustrated by Jacques-Pierre Bellenger (French, 1903–1985).

The 19th century Black Americana posters offered through this sale present a snapshot of times long past and themes that catalyzed social movements across the globe.  Their unflattering images continue to educate, nearly 150 years onward. Lot #569, J.A. Haverly’s Mammoth Uncle Tom’s Cabin Co. Sunset Pastimes on the Old Plantation, is estimated at $1,500-2,500. This c. 1880 framed color litho, printed in St. Louis by the Great Western Printing & Litho company, is illustrated with an idealized depiction of a plantation dance of black slaves, with cabins on one side in the background, a mansion on the opposite, and a steamboat in the river. Lot #571, Thatcher, Primrose & West’s Mammoth Minstrels, is estimated at $1,000-1,500. This c.1880s stone lithograph minstrelsy poster advertises "The New, Greatest & Most Laughable After Piece Ever Produced With Grand & Startling Effects." And lot #570, L’Original Nowils Negro Musical Comic is estimated at $800-1,200. This 1890s color litho, printed in Paris by F. Appel, features a racially stereotypical portrayal of a performer, one of whose talents is advertised as “bird imitator.”

Posters featuring magicians and sleight of hand acts of yesteryear also take the spotlight in this exciting winter sale. Lot #547, Kellar the Great Magician, is estimated at $2,000-3,000. This example was printed in Cincinnati in 1894 by Strobridge Litho. This iconic poster debuted the “whispering devils” theme that has been endlessly copied by magicians since Kellar’s time.  Lot #554, a fine color lithograph of the Italian magician and palm reader Roody is estimated at $1,200-1,800.  It was printed in Milan by N. Moneta in c. 1930 and shows the performer with a giant hand behind him and a representation of the movement of his arm captured as if stop-motion photography were used.  And lot #554, Harold Presente Le Coupeur de Tetes, is estimated at $1,000-1,500. This color litho poster was printed in Paris by Harfort in the 1920s and shows a bloody and horrific Grand Guignol-style depiction of a decapitation illusion.

This sale comes full circle with wall to wall selections of fantastic event, circus, and sporting themed posters. Lot #446, an early framed and matted football poster is estimated at $2,000-3,000. This rarely seen late 19th century example features lithographed players in color and letterpress text, for the matchup between the Detroit Athletic Club and the Akron Football Club at Buchtel College Grounds. Lot #379, a c. 1950s Sun Valley Idaho Union Pacific Railroad poster featuring skiers gazing at a snow-covered lodge and the picturesque mountain range, is estimated at $700-900. And ending on an Olympic caliber note, lot #312 - a color offset poster advertising the 1960 winter games - is estimated at $900-1,200. It's gold-metal imagery includes an identification of Squaw Valley, California on a map of the United States and a skier weaving through multi-colored slalom flags in the background.

According to Gabe Fajuri, President at Potter & Potter Auctions, "What a way to kick of 2020! The entire staff is in love with the vibrant, vintage posters in this sale, and we're looking forward to a successful outing this time around - just as last year's two sales were. I'm especially fond of the Galli and Klein designs in the auction (as I was in the past). There is perhaps a bit more variety in this auction that our last vintage poster sale, and my hope is that the wide range of offerings will bring in an equally wide ranging field of bidders."