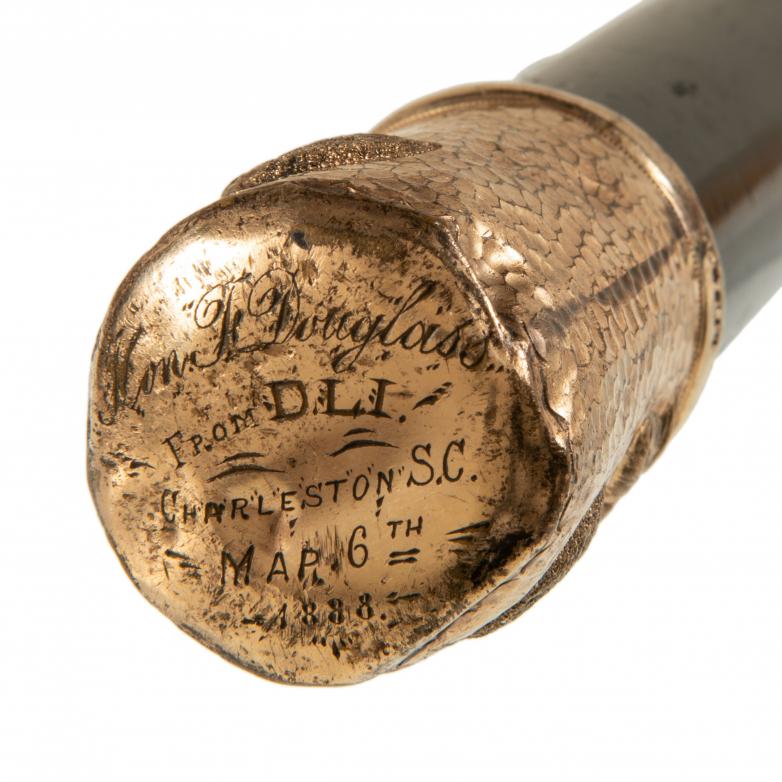 An important collection of African Americana heads to auction later this month in Chicago. It all started with a photograph that collector Steve Turner bought at an antique show in 1996 and now encompasses hundreds of historical treasures, including the last known studio portrait of Harriet Tubman and a California imprint of President Lincoln’s Emancipation Proclamation.

But, as someone with a keen interest in literary memorabilia, my eye was drawn to the item pictured above: Frederick Douglass’s walking stick. While on a speaking tour of the South in 1888, an African-American militia unit calling themselves the Douglass Light Infantry presented this decorative cane to Douglass. The gold-topped cap features wild strawberry leaves “symbolizing righteousness and spiritual merit in Christian art,” according to the auctioneer. It is expected to sell for $3,000-5,000. 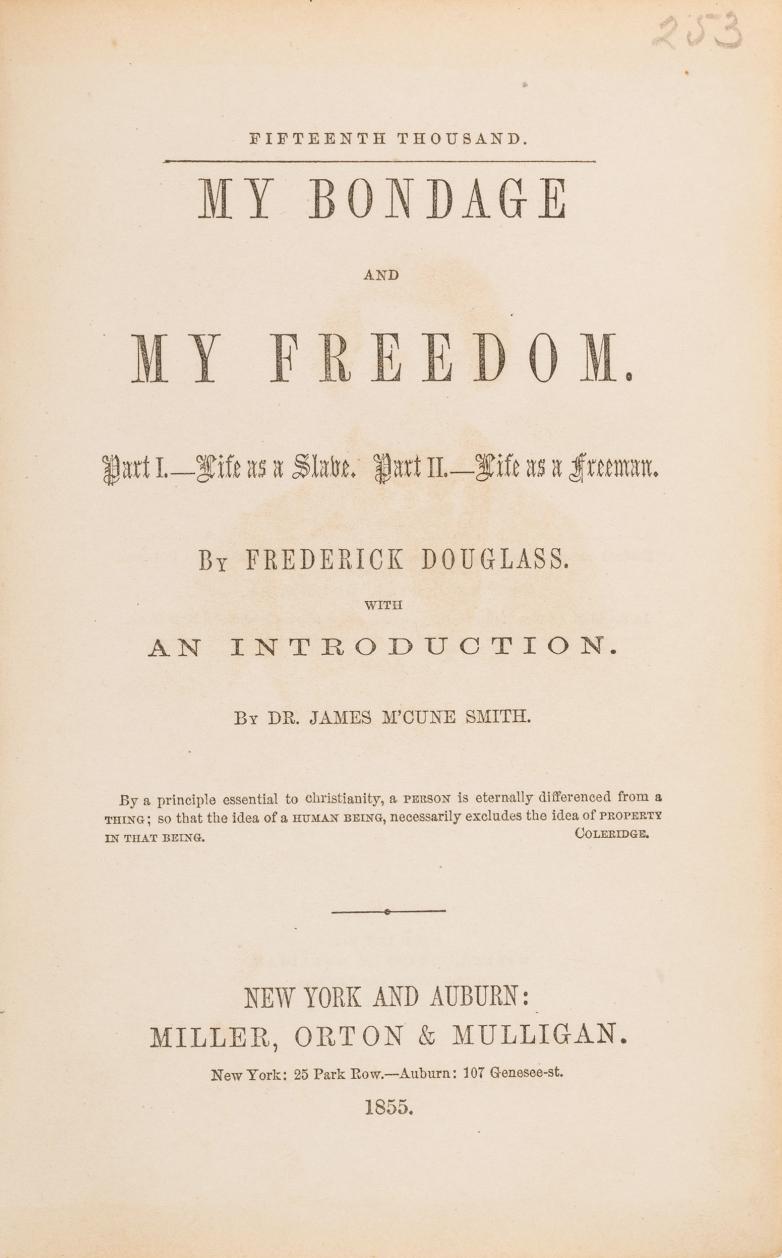 Douglass, who died seven years later, spent much of his last decade giving speeches about his flight from slavery. A copy of the first edition (later printing) of his second autobiography, My Bondage and My Freedom (1855) is also on offer, estimated at $600-800, as are two portrait photos of the writer and social reformer.