Vintage Posters at Swann on February 24 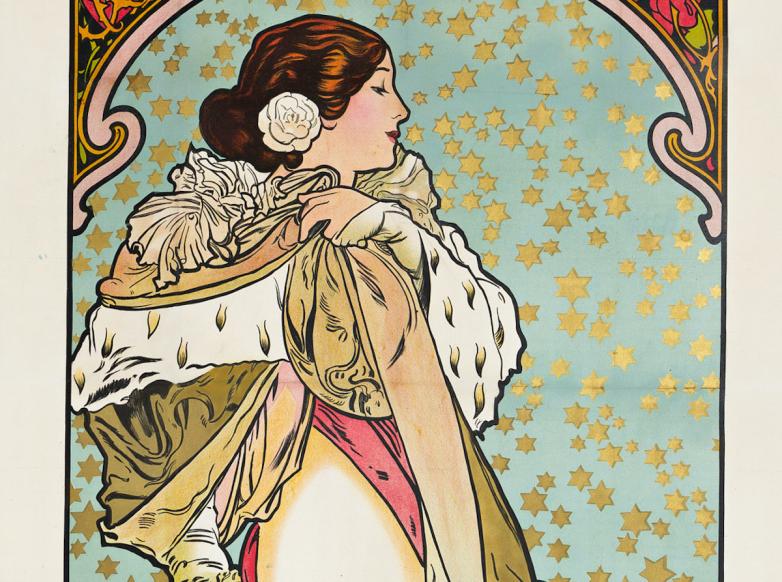 New York — Boasting more than 400 lots, Swann Galleries’ February 24 auction of Vintage Posters will offer graphic gems from across the centuries and around the globe.

From the earliest examples of Art Nouveau, the works of Alphonse Mucha are well-represented by decorative panels, portfolios, and posters, including previously unseen rarities. On offer is a selection of designs featuring Sarah Bernhardt notably, Mme. Sarah Bernhardt - World’s Tour 1914-15-16, circa 1914 ($4,000-6,000); as well as a poster Bernhardt’s Farewell American Tour in 1915 to 1916 by an unknown designer ($3,000-4,000). Early American Tiffany-Style highlights include Edward Penfield’s The Northampton Cycle Co., circa 1900 ($8,000-12,000), and Will Bradley’s Victor Bicycles, 1895 ($8,000-12,000), among a selection of Bradley covers, posters and ephemera. Drawing inspiration from the Art Nouveau movement is exceptionally rare and desirable psychedelic work, including Herb Greene & James H. Gardner’s Jefferson Airplane and Grateful Dead,1967 ($8,000-12,000). Other iconic artists include Theophilé-Alexandre Steinlen and Henri de Toulouse-Lautrec.

The sale is rounded out by a selection of food and beverage, entertainment posters, as well as artist exhibition images.