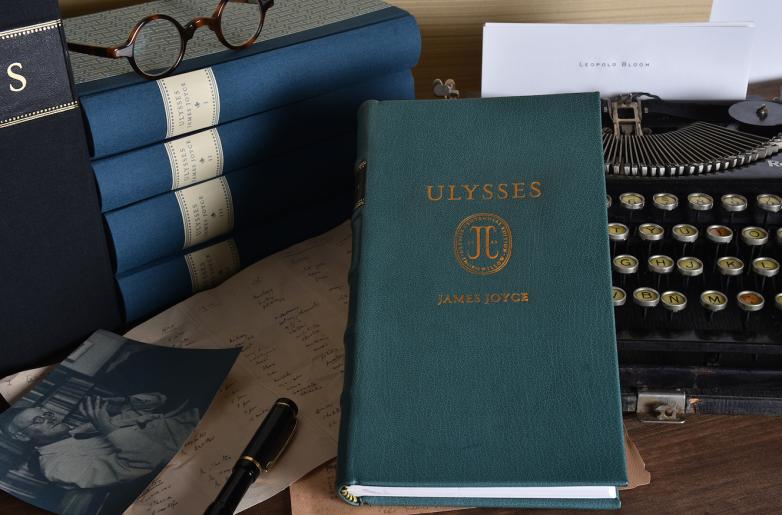 A prototype of the Thornwillow Press centennial edition of James Joyce’s Ulysses.

James Joyce’s literary masterpiece, Ulysses, is closing in on its 100th anniversary on February 2, 2022, which has occasioned some festive publications, auction lots, and exhibitions.

Thornwillow Press recently launched a Kickstarter for its centennial edition of Ulysses, which will be available in three formats: 1) a serial in parts, as it was first printed in The Little Review, letterpress-printed and bound in paper wrappers; 2) a four-volume letterpress-printed collector’s edition, bound in cloth or leather; and 3) a free video series presenting readers such as Stephen Fry and Malachi McCourt, among others. There is still time to back this project and reserve your copy.

Another publication worth noting (although there will be more on it in a later book review roundup) is a forthcoming novel titled The Paris Bookseller by Kerri Maher, which focuses on the relationship between Sylvia Beach and James Joyce during the years before and after Beach’s bookshop, Shakespeare and Company, published Ulysses.

While I’m sure more Ulysses-related material will cross the auction block between now and spring, Bonhams is first out of the gate with an 18-carat gold pocket watch mentioned in Ulysses. The watch had belonged to John O’Connell, superintendent of Glasnevin Cemetery in Dublin. It is expected to sell upwards of $50,000. More on that here. 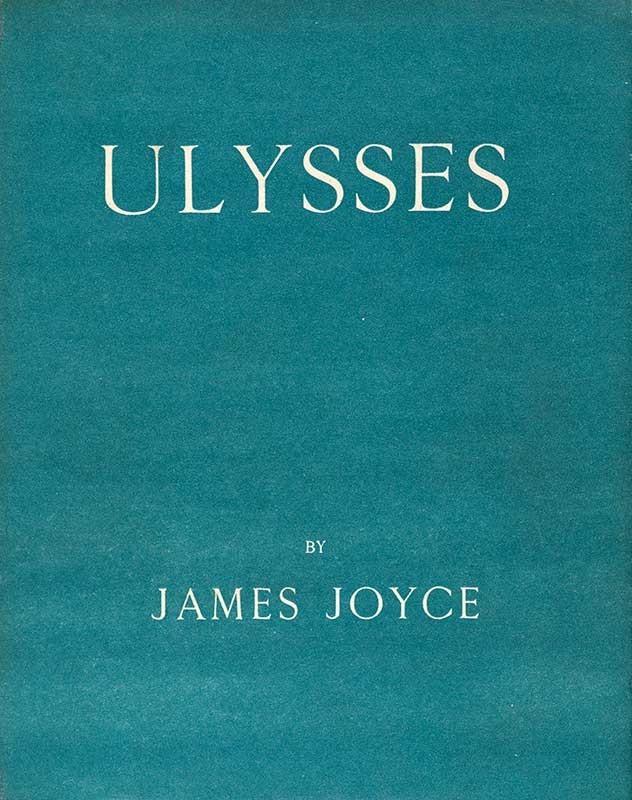 Courtesy of the Huntington Library, Art Museum, and Botanical Gardens

The front cover of the first edition of Ulysses, 1922.

The same goes for exhibitions. Surely several are in the works. So far, our calendar indicates two major upcoming exhibitions related to the modernist novel. At the Huntington Library, Mapping Fiction, which opens on January 15, explores “the ways authors and mapmakers have built compelling fictional worlds,” with particular attention to Joyce’s Dublin. A related conference, Joycean Cartographies: Navigating a New Century of Ulysses, will be held February 2-4.

At the Ransom Center, Women and the Making of Joyce’s Ulysses, which opens on January 29, will present 150 rare objects that illuminate “the important and largely unacknowledged role of women in [the] realization of his famed masterpiece.” Aside from Beach, those women included editors Margaret Anderson and Jane Heap and arts patron Harriet Shaw Weaver.