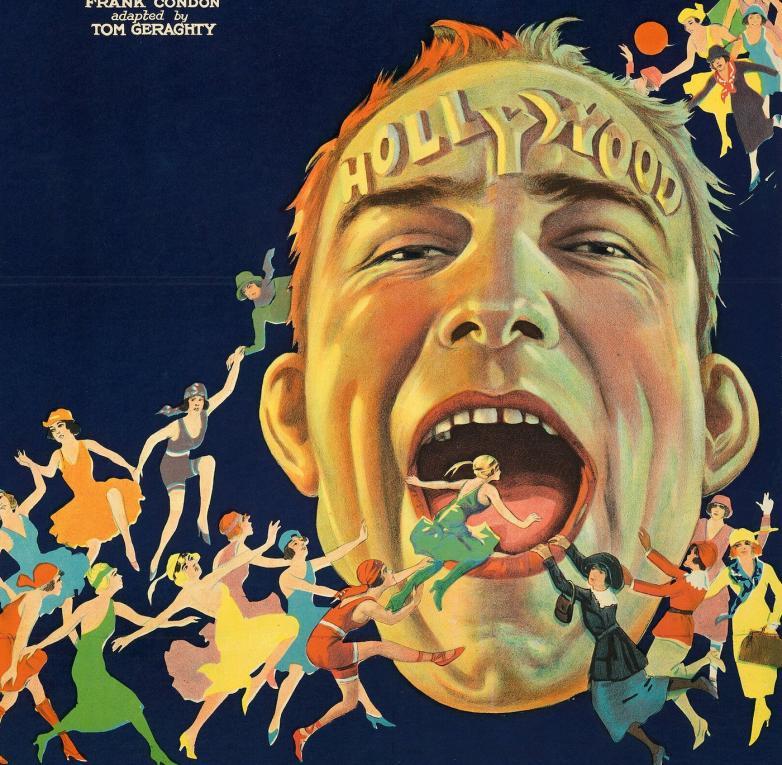 One of two known surviving posters for the 1923 film, Hollywood.

The movie about a girl and her uncle's adventures in Los Angeles is "presumed lost," as Turner Classic Movies notes — despite the appearances of Gloria Swanson, Will Rogers, Mary Pickford, Cecil B. DeMille and some 50 more Golden Age stars. But one of two known surviving posters for this legendary film serves as a centerpiece of Heritage Auctions' April 23-24 Movie Posters Signature® Auction. Only once before has Heritage offered a poster from this lost gem — on July 23, 2009, when it sold for $89,625. 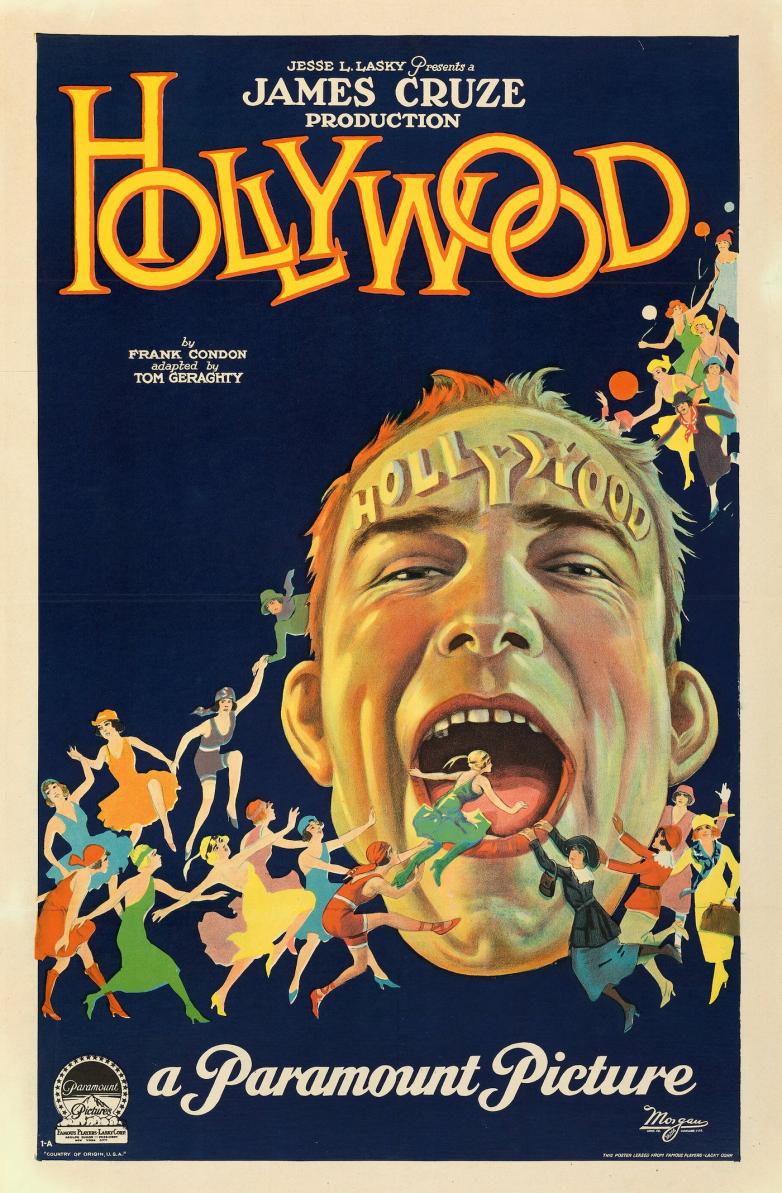 The Hollywood one sheet is far from the only rarity offered in this event. Here, too, is something frighteningly hard to find: an insert for 1931's Dracula, director Tod Browning's masterpiece adaptation of Bram Stoker's novel.

Posters for the movie that made Bela Lugosi a haunted-household name have long been record-setters at Heritage Auctions: A Dracula one sheet sold in 2017 for $525,800, while a green-hued poster for its 1938 re-release realized $312,000 in November 2020. But the insert featured in this event should be counted among Count Dracula's hardest-to-find offerings: Only five are known to exist, and this is the first Heritage has had the pleasure and honor of offering at auction.

"These are beautiful works on their own, art made to celebrate and commemorate art," says Zach Pogemiller, Consignment Director in Heritage Auctions' Vintage Posters category. "The Hollywood one sheet and Dracula insert aren't just exceedingly rare; they're beautiful, too, each standing on its own as a jaw-dropping masterpiece that somehow survived nearly a century later.

"The Hollywood one sheet is part of the only remaining record for the film, and the poster's truly spectacular design shows the studio spared no expense in the marketing of this star-studded extravaganza, which makes the few surviving artifacts from the campaign all the more historically significant. And the scarce original paper for Dracula is universally recognized as a Holy Grail of the poster collecting world. And to think, these are just two of the extraordinary works being offered here, from the established classics to more recent blockbusters to even some original paintings made for modern movies."

Indeed, this auction's Golden Age offerings pave a long yellow-brick road all the way to Oz: Among this event's centerpieces are two Wizard of Oz wonders, including a 1939 Style C one sheet by revered caricaturist Al Hirschfeld. It strolls arm-in-arm alongside another Oz delight, the Style D one sheet that just might qualify as the most beautiful of all the Oz posters. It's certainly among the most difficult to find: This event marks only the third time Heritage has offered the Style D design, with its colorful illustration and photographic representation of the extended cast.

This auction also counts among its gems this offering from the vaunted collection of legendary poster collector Bob Colman: the one sheet for 1925's The Eagle, starring Rudolph Valentino as a former Czarist officer-turned-Robin Hood when his land is stolen by a malevolent nobleman. Valentino, possessor of that "passionate profile and soul-burning stare," as James Wolcott once wrote in Vanity Fair, becomes the film's masked vigilante, the Black Eagle — a nod to Douglas Fairbanks' Zorro seen on screen five years earlier. But The Eagle's striking poster wisely kept cinema's first male sex symbol unmasked.

Here, too, are vaunted, valuable offerings from the 1940s, chief among them the Style B one sheet for 1941's Moon Over Miami starring Don Ameche and Betty Grable and the smoldering Style B one sheet for 1946's Gilda with Rita Hayworth in the title role. It's impossible to choose favorites among the nearly 900 offerings in this auction, but it's safe to say these stunning works remain collectors' favorites nearly eight decades later.

As though one needed further proof these are works of art and not mere advertisements, this auction features some extraordinary original paintings eventually mass-manufactured for theatrical display (and, in one case, a comic book cover).

Among the truly one-of-a-kind offerings: Ercole Brini's signed painting for the 1946 Italian release of Otto Preminger's twisty noir Laura, starring Gene Tierney in the title role. Brini's work, representative of the artist's celebrated oeuvre, encapsulates the film's plot in a single haunting image. At the other end of the spectrum, this auction also features the original artwork made for 1989's Major League, sliding into someone's home just in time for baseball season.

And with Star Trek: Picard now in its second season, here's something all Trekkies will want to beam into their collections: Drew Struzan's original mixed-media artwork for WildStorm's 2001 Enemy Unseen, a trade paperback featuring the crew of Star Trek: The Next Generation. Featuring Captain Jean-Luc Picard, his first officer Will Riker and Lt. Worf, it practically screams: Make it so.