Thoreau & Tagore: The Genesis of Book of Books 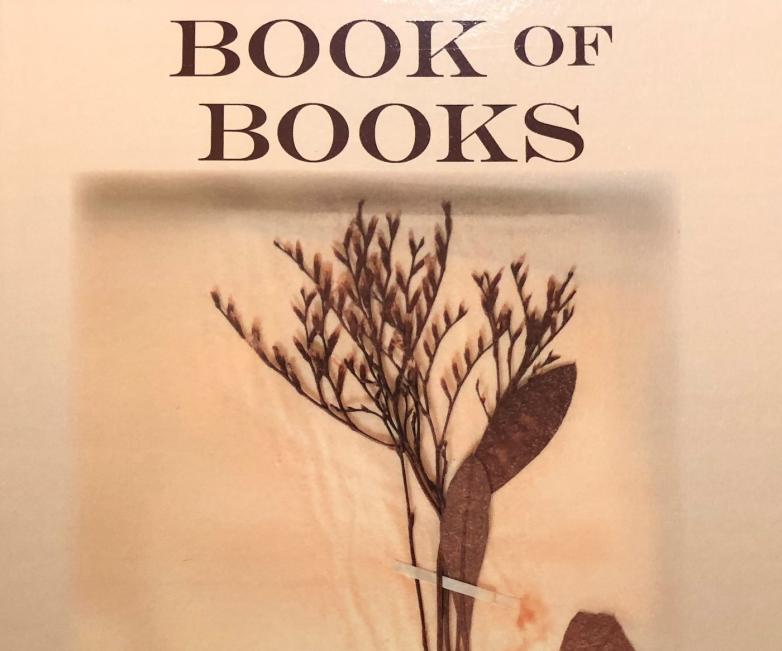 “Strange, that the mere identity of paper and ink should be so powerful. In truth, the original manuscript has always something which print itself must inevitably lose. An erasure, even a blot, a casual irregularity of hand, and all such little imperfections of mechanical execution, bring us close to the writer, and perhaps convey some of those subtle intimations for which language has no shape." —Nathaniel Hawthorne, “A Book of Autographs,” 1844

In 1995, my daughter, Shanti, presented a copy of the Holy Bible to me. In a cursive hand in green ink, she wrote: Presented to James Mathew by Shanti. Even now, looking at the words on the front page of that holy book takes me back, as Hawthorne notes above, to the days when my daughter was a little girl. Little did I foresee that this gift from the small hands of my daughter would mark the beginning of a book that I now offer to the world as a tribute to my late father, T. G. Mathai: Book of Books: Pearls from the Stream of Time.

Growing up in India, I had read random quotes of the intellectuals of nineteenth-century America, Henry David Thoreau, Ralph Waldo Emerson, and Abraham Lincoln. At the same time, I read the writings of twentieth-century thinkers of India, Rabindranath Tagore and Mahatma Gandhi. In 1984, I visited a friend in Chicago. On his shelves was a copy of Thoreau’s famous book, Walden. As I was leaving, my host noted that the book could certainly use “a dusting,” as it was only gathering dust on his shelves. I began reading Walden that day—and am still reading it today. At that point I became an angler—one who fished for rare books and holographs. As Thoreau says, “Time is but the stream I go a-fishing in,” and I began to collect in earnest the works of my favorite authors—representing the East and West.

In 2013, I bought a fragment of a Thoreau manuscript from a collector in New Hampshire, Kent Bicknell, who soon impressed me as a scholar with kindred interests in the luminaries who attracted me. In 2019, a substantial number of his rare books and manuscripts found a new home in my collection, along with Kent’s thoroughly researched descriptions, from which I would liberally adapt for Book of Books. 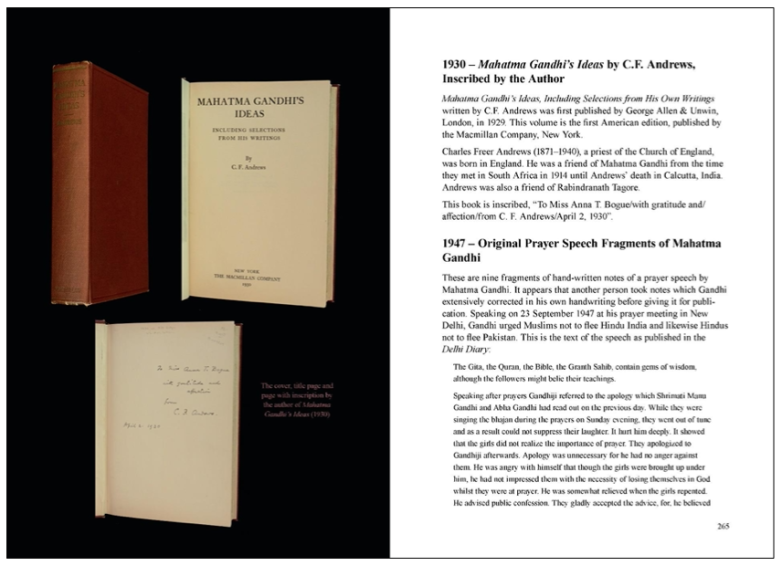 A page spread from Book of Books showing some of Mathew's Gandhi collection.

As my collection grew, so did the desire to offer it to the world. Understanding the collection as a type of museum, I named it the TGM Rare Book Museum in honor of my father. Then it became important to capture as best as possible the life of my father—a self-taught man who, under challenging circumstances, not only educated all his sons and daughters but also advocated for the same in his rural village. Members of my family, especially my brother Rajan Mathew, were instrumental in documenting the life of my father. Both Kent and my close friend, Robert Pavlik, were key players in shaping the text into its final form. A brief biography of T. G. Mathai forms the Introduction to Book of Books.

The rare books, manuscripts, and historical artifacts presented in Book of Books were garnered over the last quarter of a century. I realized that the pearls I caught from the stream of time were not without their links—the invisible strands that connect East and West that bind inquisitive minds and elevate all humans. Examples of these gems include:

•    Henry Thoreau’s first book, A Week on the Concord and Merrimack Rivers, with textual corrections and additions in his own hand, in which he extols the Hindu scriptures
•    A pencil manufactured by Thoreau’s father, stamped J. Thoreau & Co.
•    A handwritten “fair copy”—signed—of Emerson’s famous yet enigmatic poem, “Brahma,” which pays homage to the sacred scriptures of India
•    A letter from Abraham Lincoln urgently summoning a senator to strategize about the 13th Amendment
•    Frederick Douglass' autobiography, My Bondage and My Freedom, inscribed by the author
•    Rabindranath Tagore’s Nobel Prize-winning collection of poems, Gitanjali, in its first appearance as a book with his signature
•    Fragments of a prayer speech in the hand of Mahatma Gandhi written four months before his assassination in which he alludes to his martyrdom
•    Early translations of the Rubaiyat of Omar Khayyam and the Bhagavat Gita with important American associations

Book of Books grew out of the TGM Rare Book Museum with the labor of love from many. When I submitted the proposal for this book, my working title, “Book of books,” struck a chord with the editor, and he nudged me to capitalize both B’s. This is the genesis of Book of Books, which let the missionaries carry to the uttermost parts of the earth.