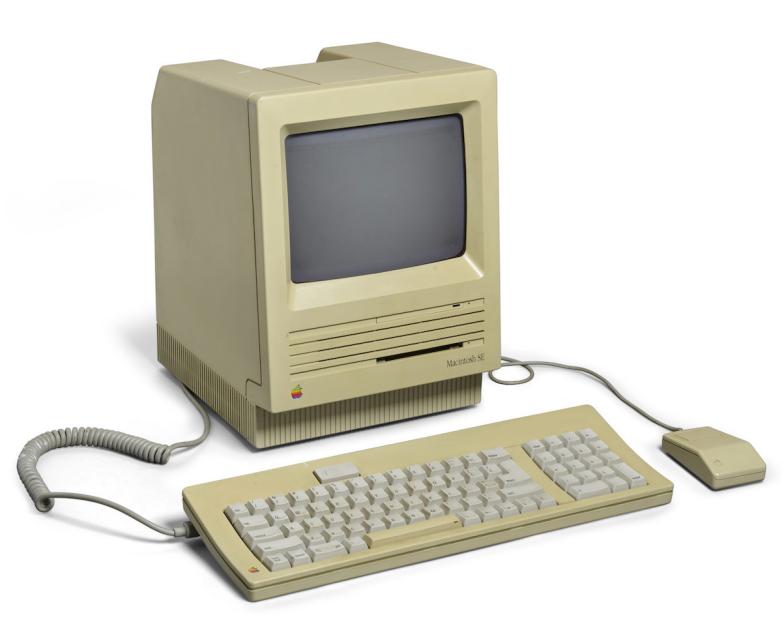 New York – A Macintosh computer used by Steve Jobs (1955-2011) presents a unique opportunity to own an intimate historical relic from one of the greatest innovators of our time. The Macintosh SE is estimated at $200,000 – 300,000 and featured in Bonhams’ History of Science and Technology auction on October 25 in New York. The computer was used by Jobs while at NeXT, the company he founded after he left Apple in 1985 – and the company that Apple bought in 1997. The computer was installed in his office from 1988 through 1994 – some of the key years in the executive’s development. When he returned to Apple in 1997, he was wiser for the experience and as colleague Kevin Compton once commented he was “a new Steve in his understanding of how to empower a large company to realize his vision.”

Although various confidential and other data had been removed from this computer when it was taken out of service, the hard drive provides insight into Jobs and his work at NeXT and Pixar during that key time. The system was originally set up by his assistant who had worked him from 1986 through 1990. The computer shows weekly tasks, travel and even a missed meeting with King Charles III (then Charles, Prince of Wales). Jobs continued to use the device since it stored his personal rolodex and between 1990 and 1993, there is also evidence that Jobs' daughter Lisa Brennan-Jobs used it during her visits to the office as the mail system and Microsoft Word are registered under her name. It was last used for a
marketing project that Jobs oversaw in 1994 and then was given to the present owner later that year, at which point Jobs mentioned it might have value someday.

Additionally, the sale will feature documents relating to Jobs including business cards from his time at Pixar, estimated at $2,000 – 3,000, and a signed performance review, estimated at $6,000 – 8,000.

The sale will also feature a rare ventless revision 0 Apple II, a hugely impactful advance in the development of the personal computer, estimated at $20,000 – 30,000. Introduced in 1977, the Apple II is Steve Wozniak’s greatest achievement and generally considered the most important computer of all time as it popularized personal computing. The present example of the Apple II is a true unicorn among the collecting community as it is one of the rarest of all Apple computers due to its ventless case. Although aesthetically pleasing, the earliest Apple II owners immediately found that their computer would easily overheat. Apple quickly redesigned the case to include vents in the sides and offered replacements. Judging by the how few ventless Apple IIs have appeared on the market, apparently owners took Apple up
on its offer.